The rule systems governing transactions among agents in a defined sphere specify, to a greater or lesser extent, who participates (and who is excluded), who does what, when, where and how, and in relation to whom. ln particular, they define possible rights and obligations, including rules of command and obedience, governing specified categories of actors or roles vis a vis one another. The theory deals with the properties of social rule systems, their role in patterning social life, and the social and political processes whereby such systems are produced, maintained, and transformed as well as implemented in social action and interaction. 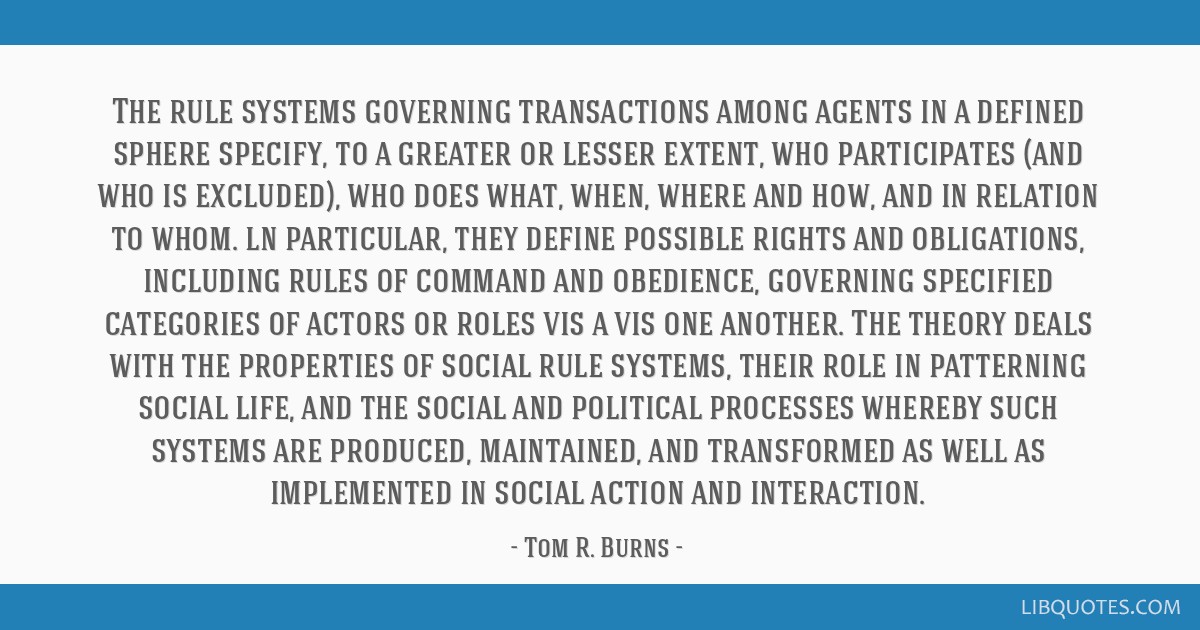 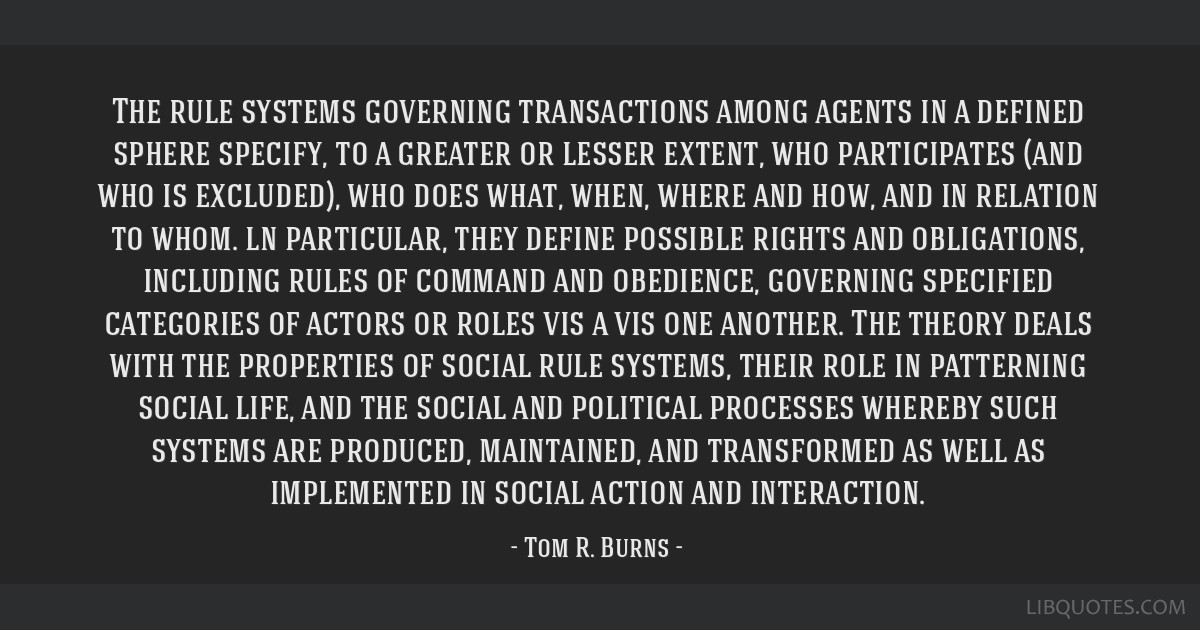 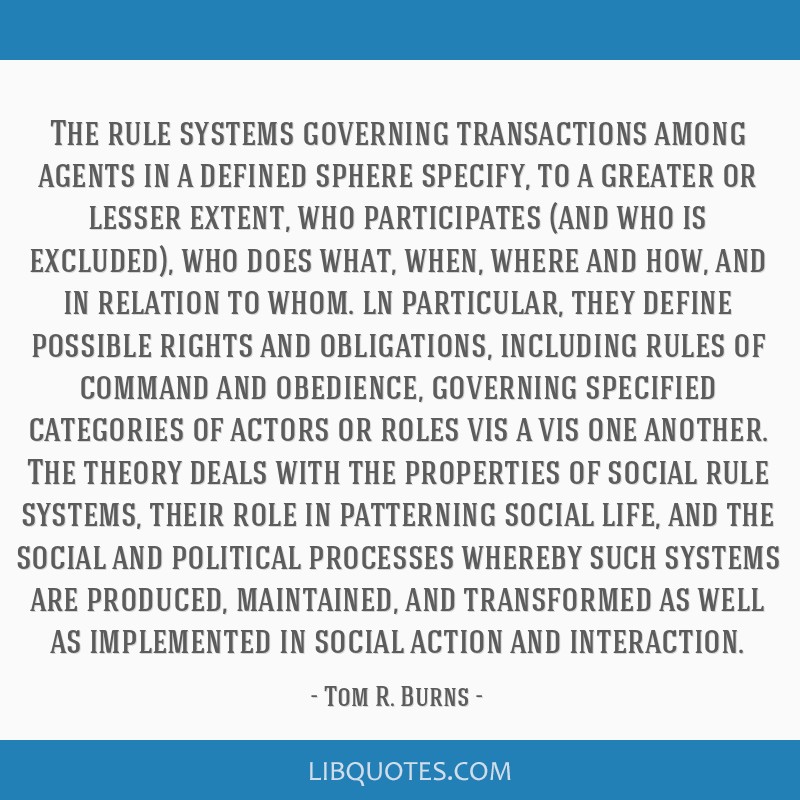 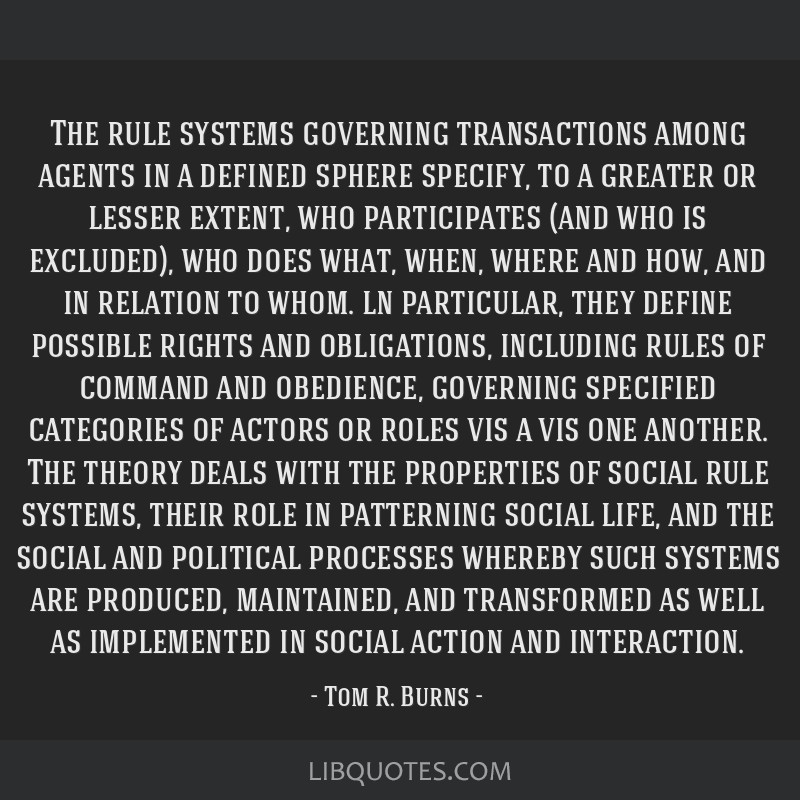