Among other related major developments, world systems theory (Wallerstein 2004) should be mentioned. Inspired by Marxist theories, it addresses dependency among nations and imperialism, placing the evolution of capitalist systems in a global and comparative perspective. Another variant of Marxist system theory is that of Pierre Bourdieu (1977) which unifies the material and the symbolic, as well as agency and structure. 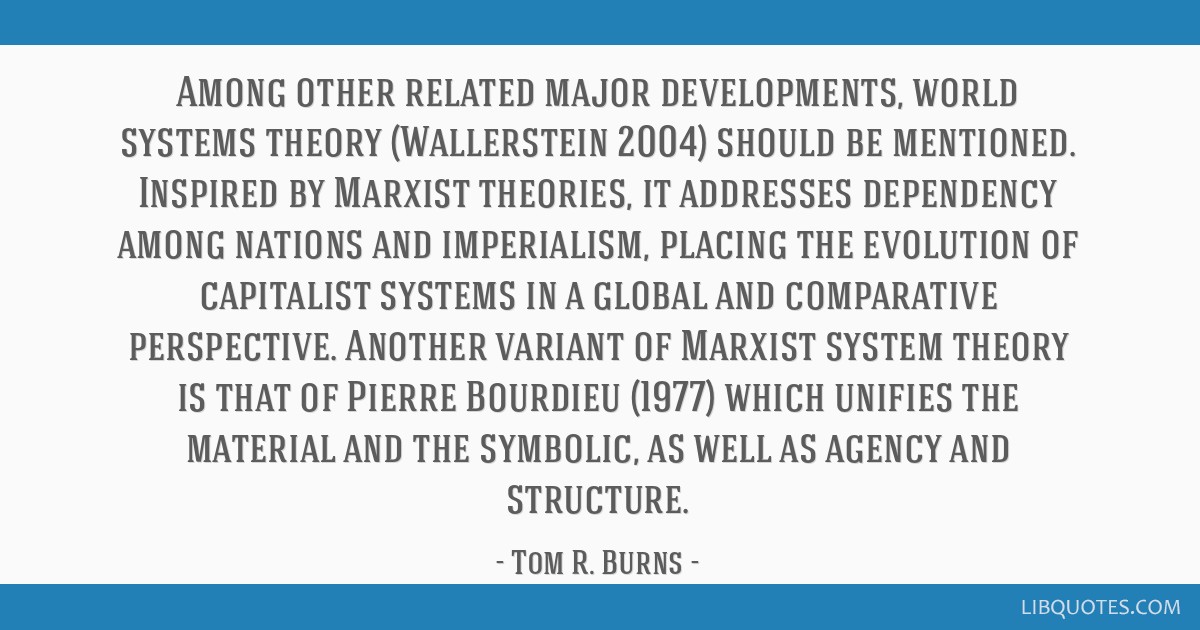 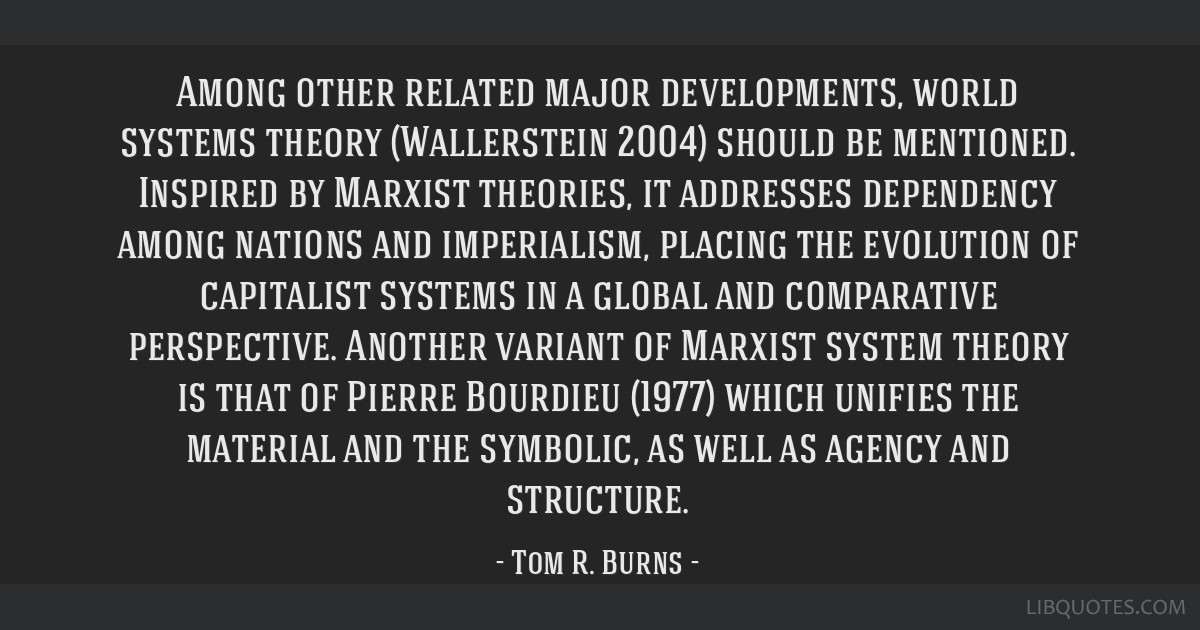 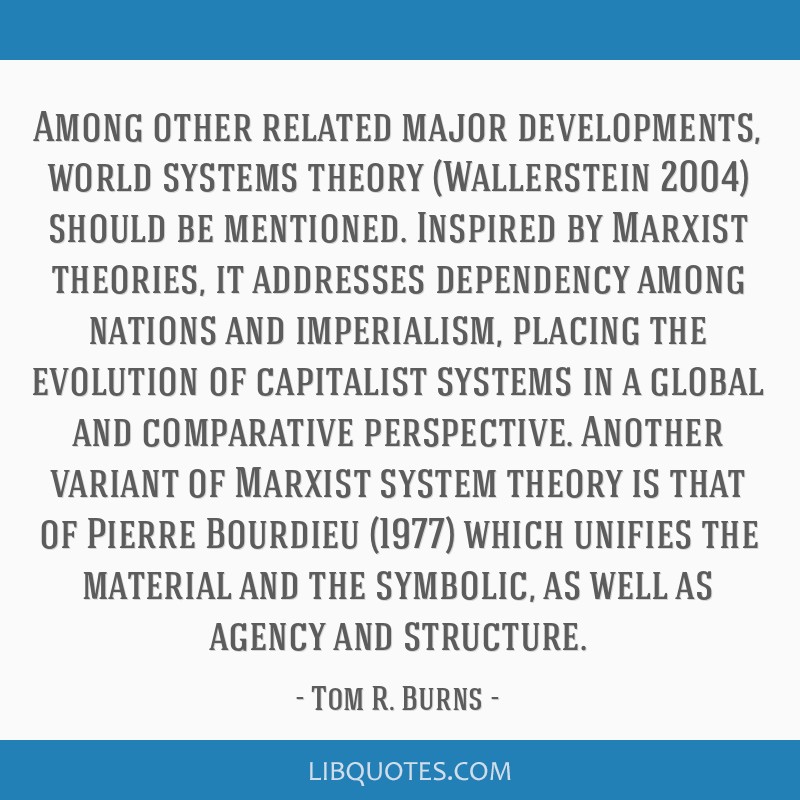 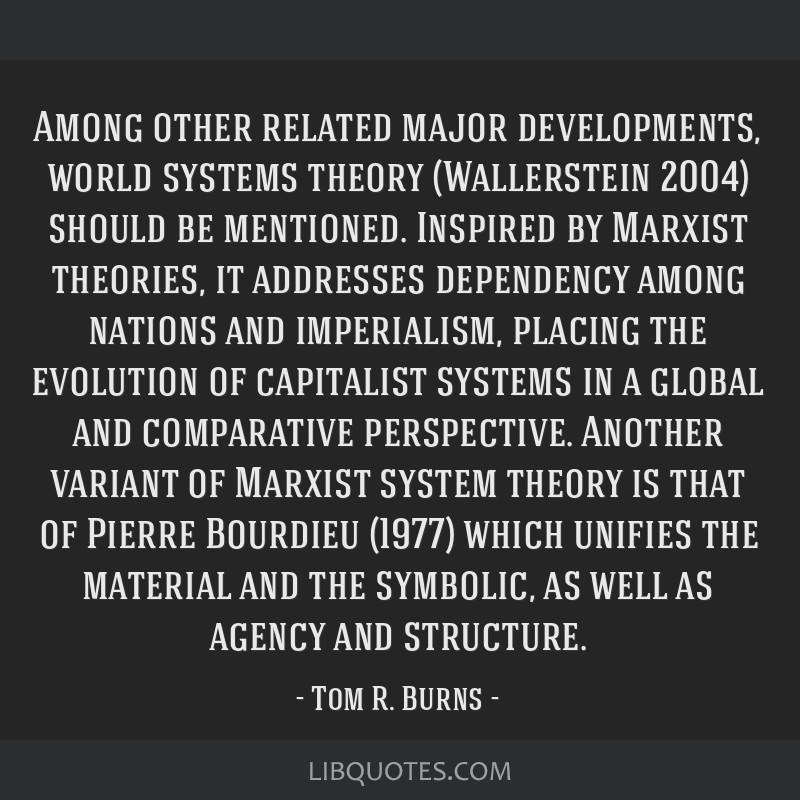