Knowledge of these multiple and ever-more aggressive raids across the country constituted an identifiable pattern of conduct within and by the federal government and amongst its various agencies. For all intents and purposes, federal agents had become 'soldiers' using military training, tactics, techniques, equipment, language, dress, organization, and mindset and they were escalating their behavior. Therefore, this bombing was also meant as a pre-emptive or pro-active strike against these forces and their command and control centers within the federal building. When an aggressor force continually launches attacks from a particular base of operation, it is sound military strategy to take the fight to the enemy.

Why I Bombed the Murrah Federal Building (2001) 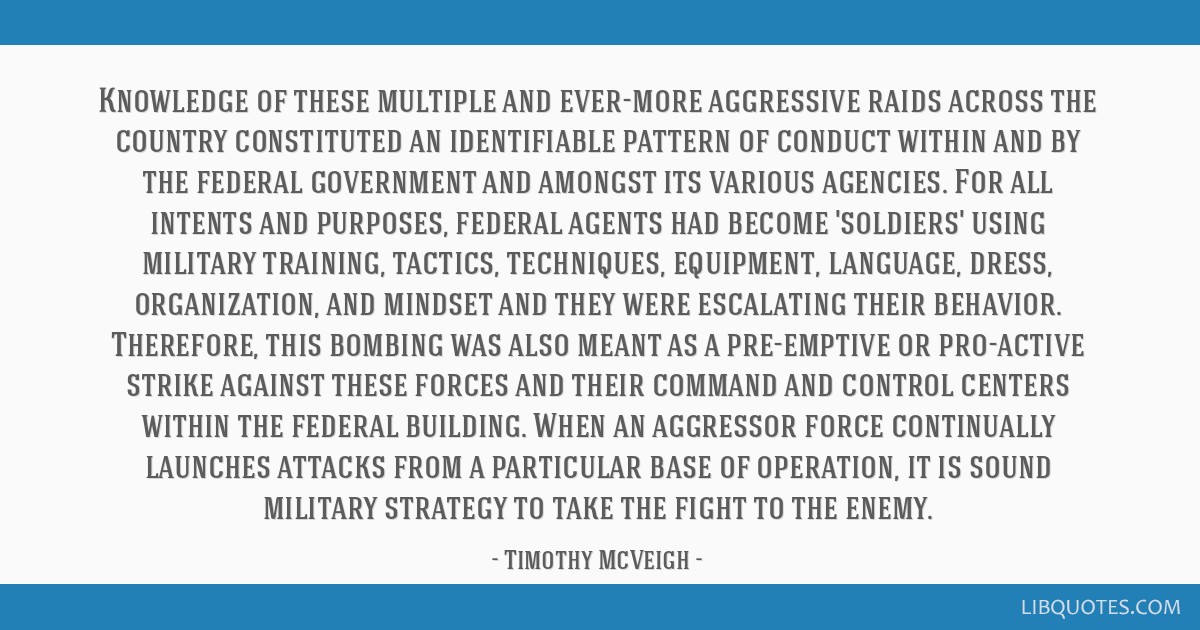 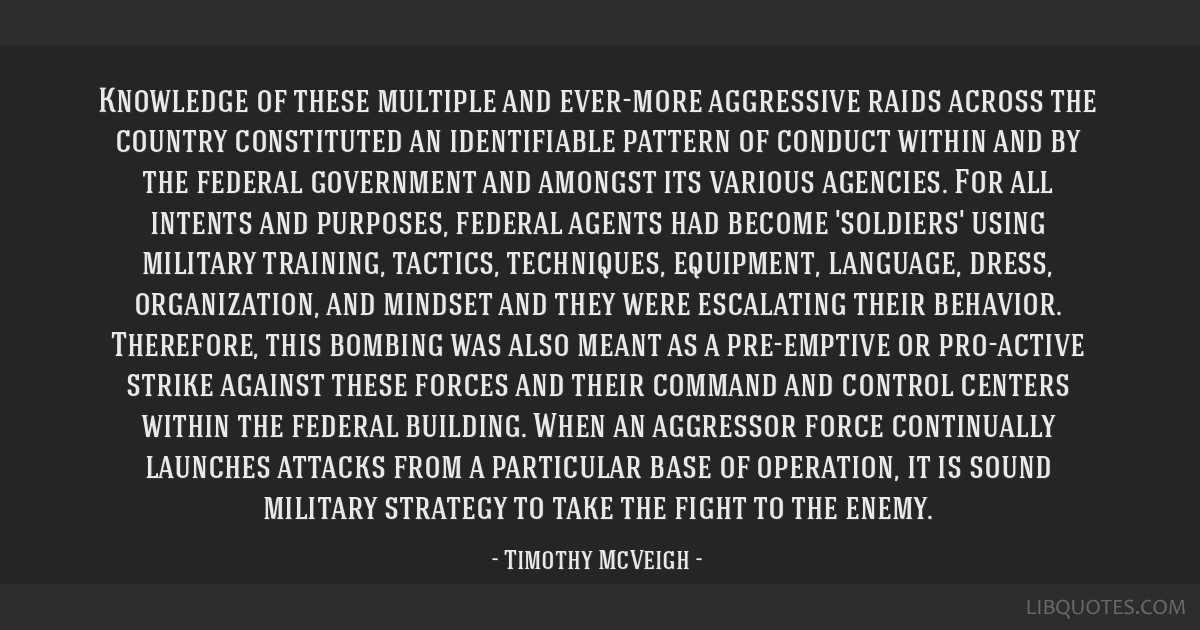