A thing may happen and be a total lie; another thing may not happen and be truer than the truth. For example: Four guys go down a trail. A grenade sails out. One guy jumps on it and takes the blast, but it's a killer grenade and everybody dies anyway. Before they die, though, one of the dead guys says, "The fuck you do that for?" and the jumper says, "Story of my life, man" and other guys start to smile but he's dead. That's a true story that never happened. 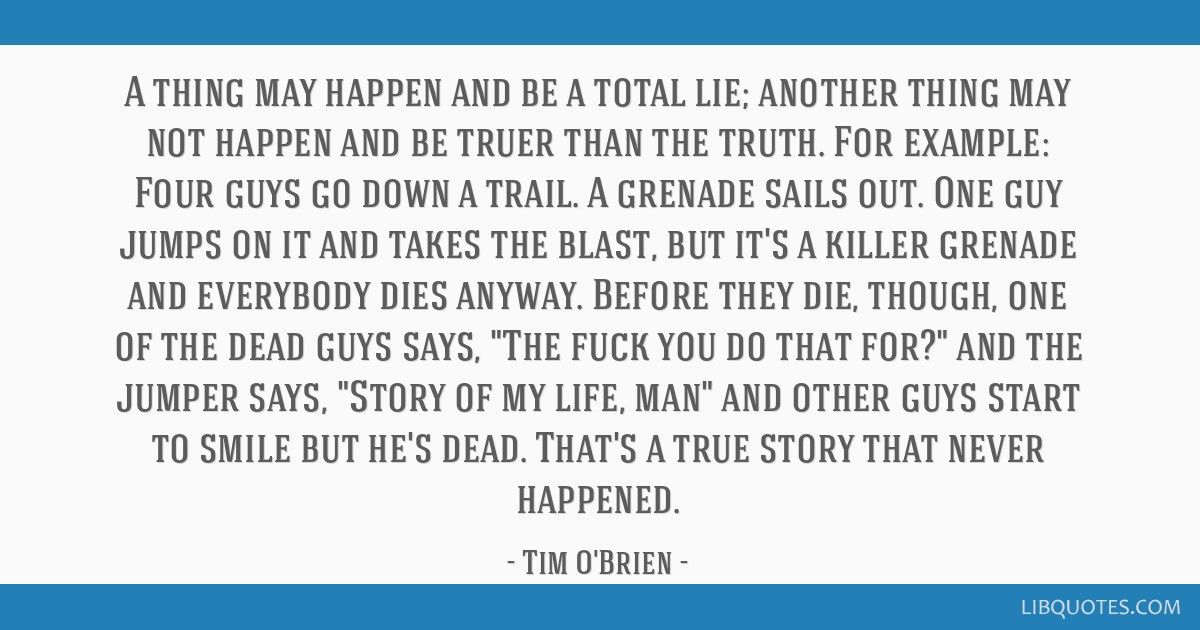 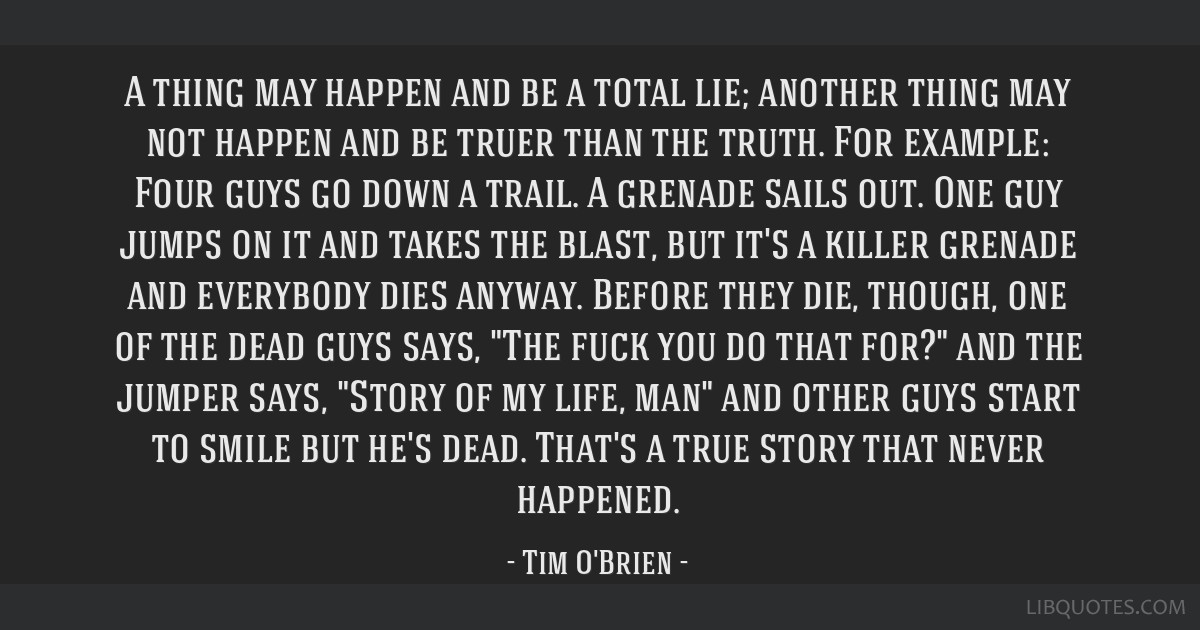 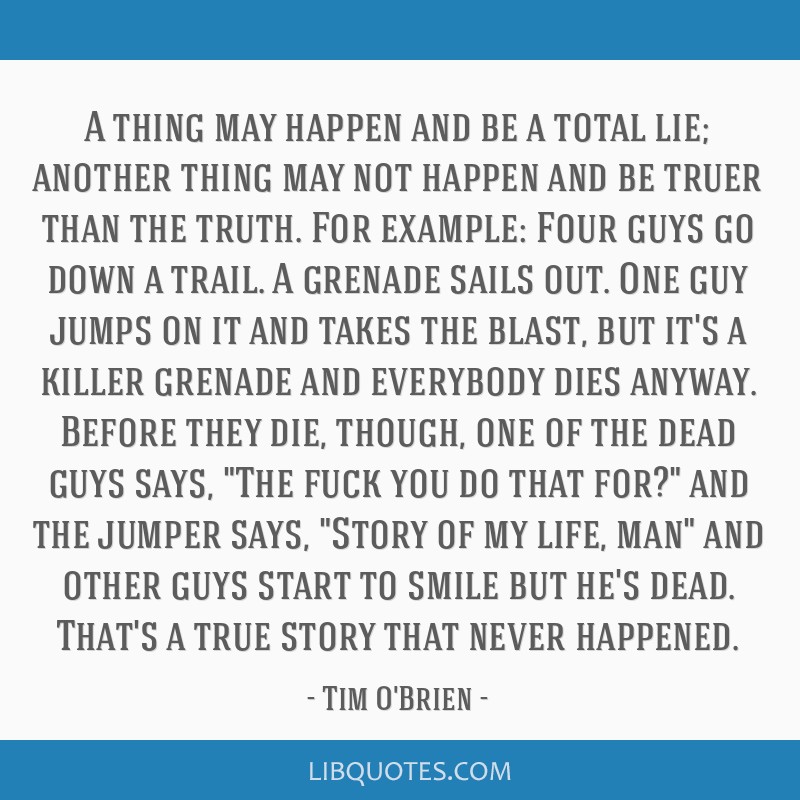 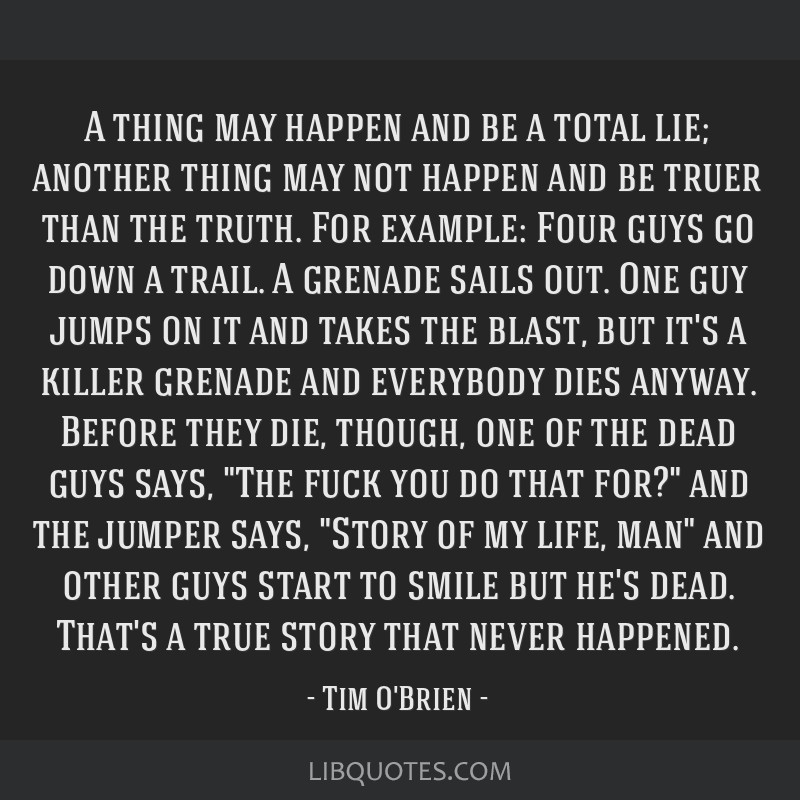 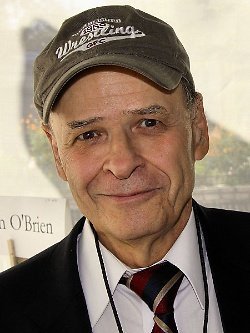 Creative Commons
Born: October 1, 1946 (age 74)
Bio: Tim O'Brien is an American novelist who mainly writes about his experiences in the Vietnam War and the impact that the war had on the American soldiers who fought there.
Tim O'Brien Quotes