In the course of waging that war, the people of Canada had shown that it was possible for them to maintain nearly a million men in uniform and at the same time expand all the facilities for production within Canada at an unprecedented speed, including building industries which had never existed in Canada before... and by and large the cost of production in Canada compared favourable with the cost of production anywhere else among the Allies... All of this was accomplished without any foreign investment, without and foreign loans... We were quite capable of self-development.

Tim Buck A Conscience for Canada 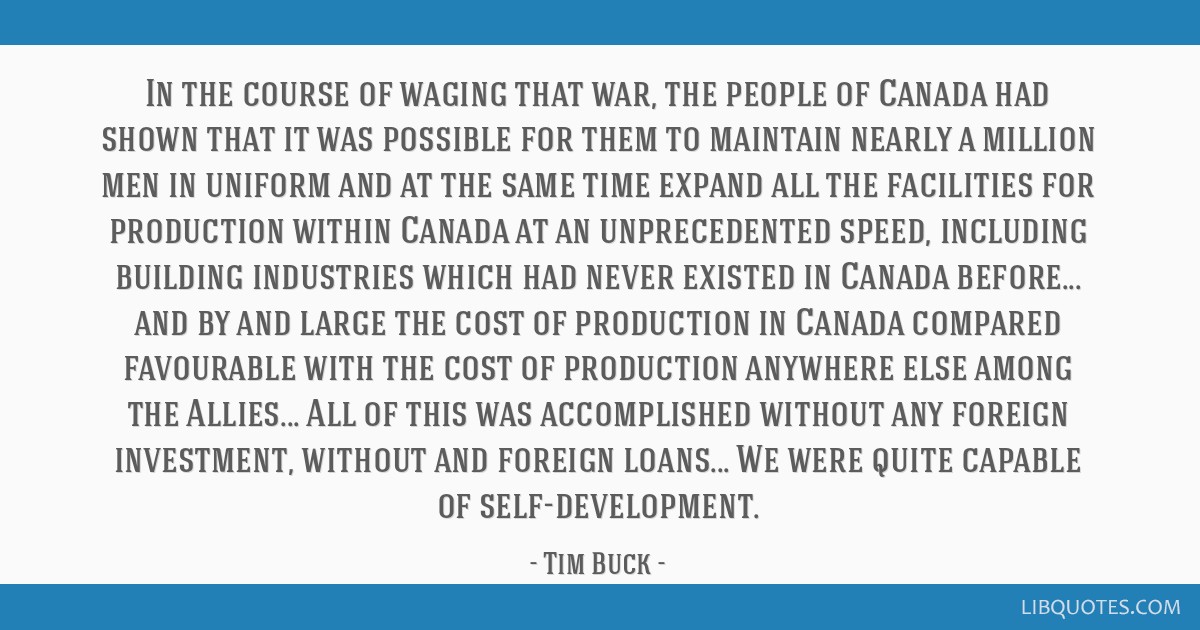 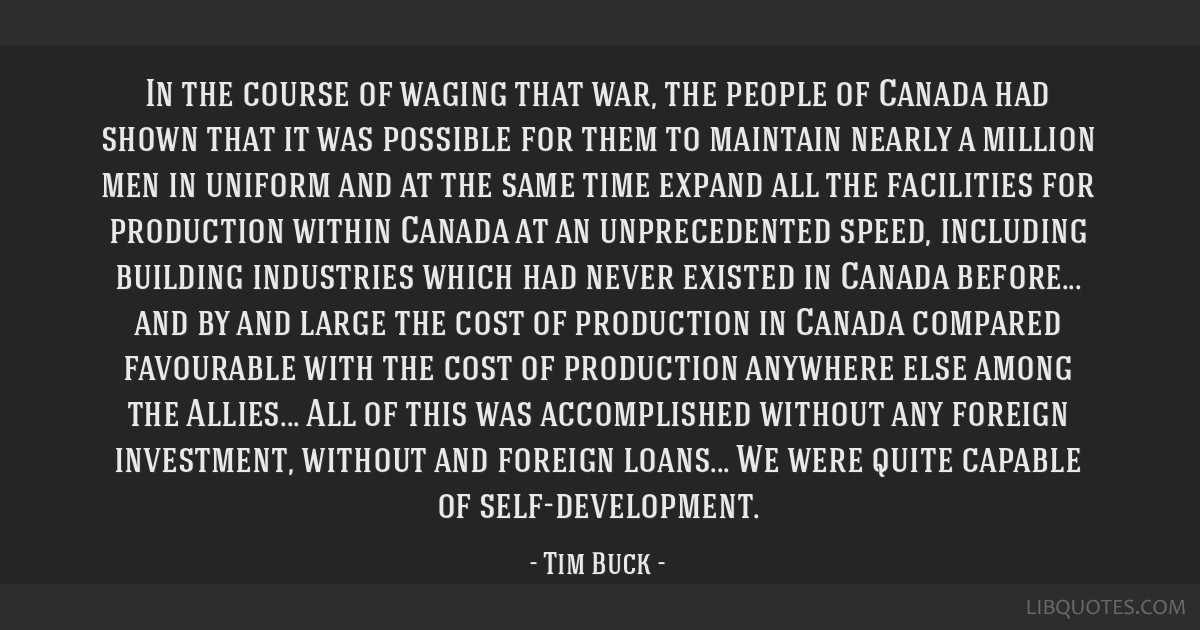 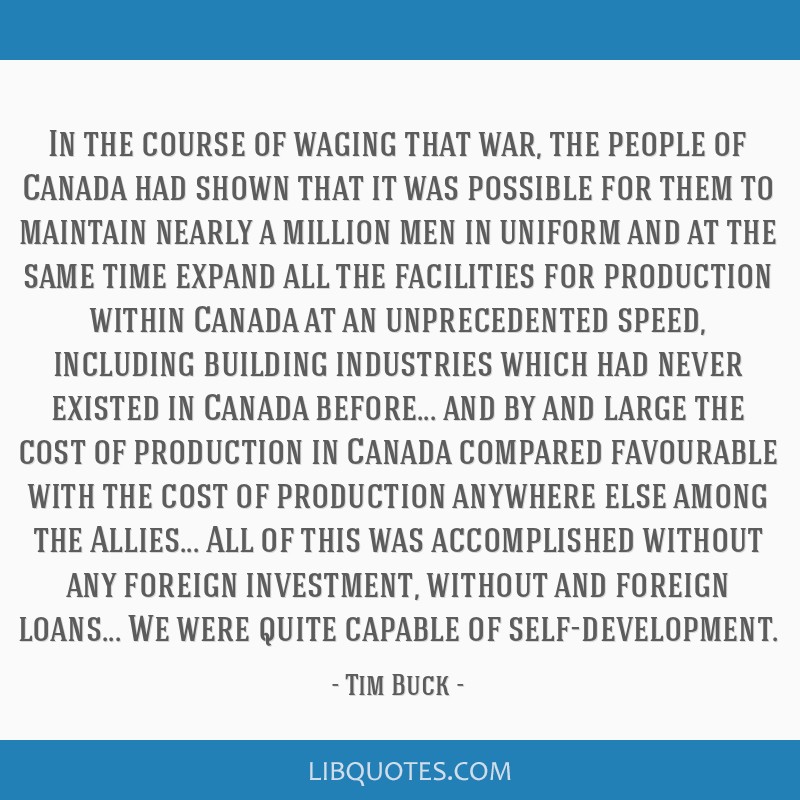 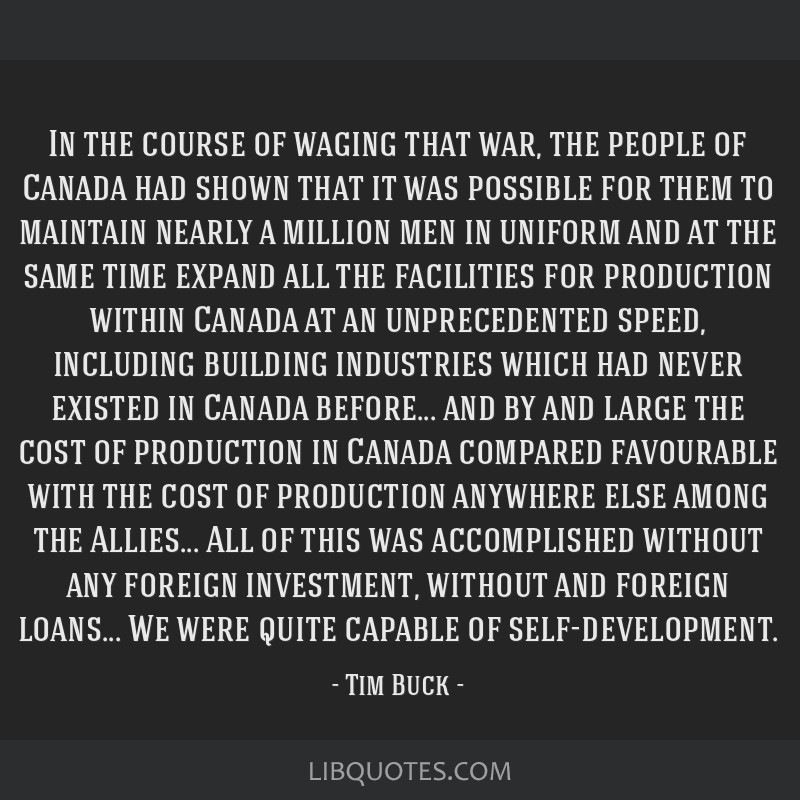