I say, the earth belongs to each of these generations during its course, fully and in its own right. The second generation receives it clear of the debts and incumbrances of the first, the third of the second, and so on. For if the first could charge it with a debt, then the earth would belong to the dead and not to the living generation. Then, no generation can contract debts greater than may be paid during the course of its own existence. 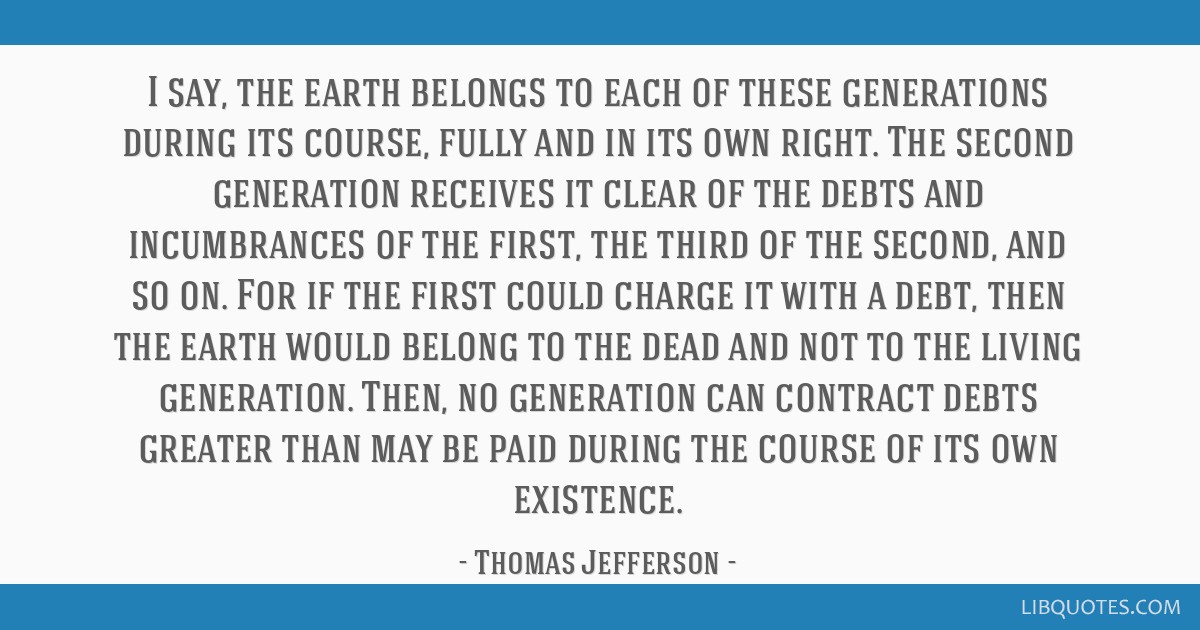 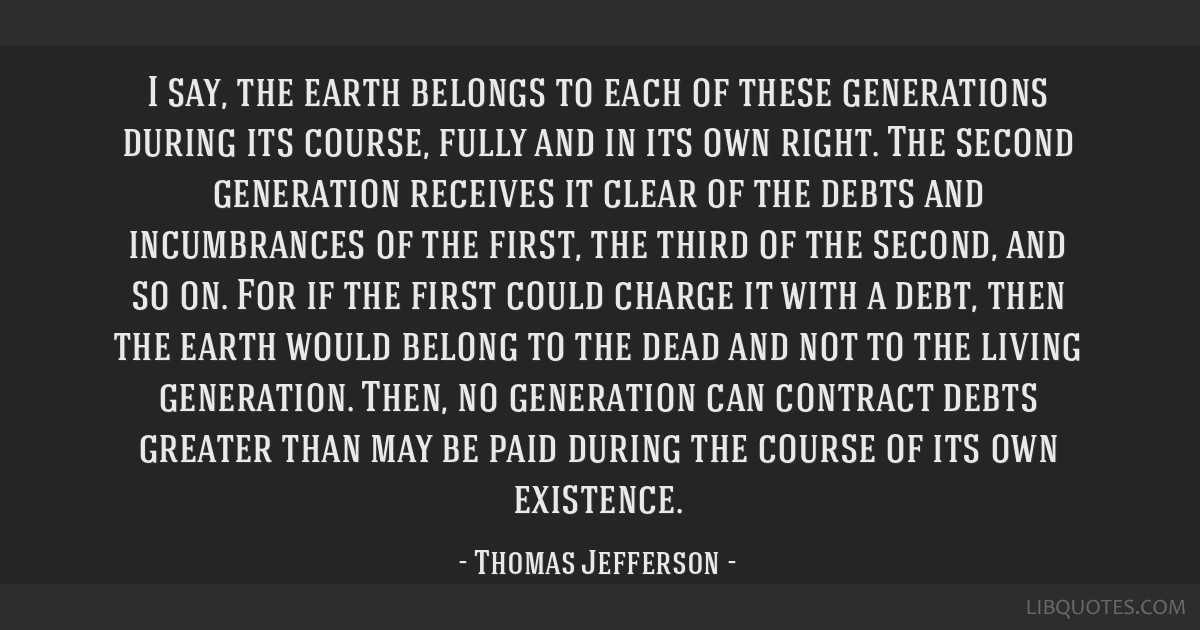 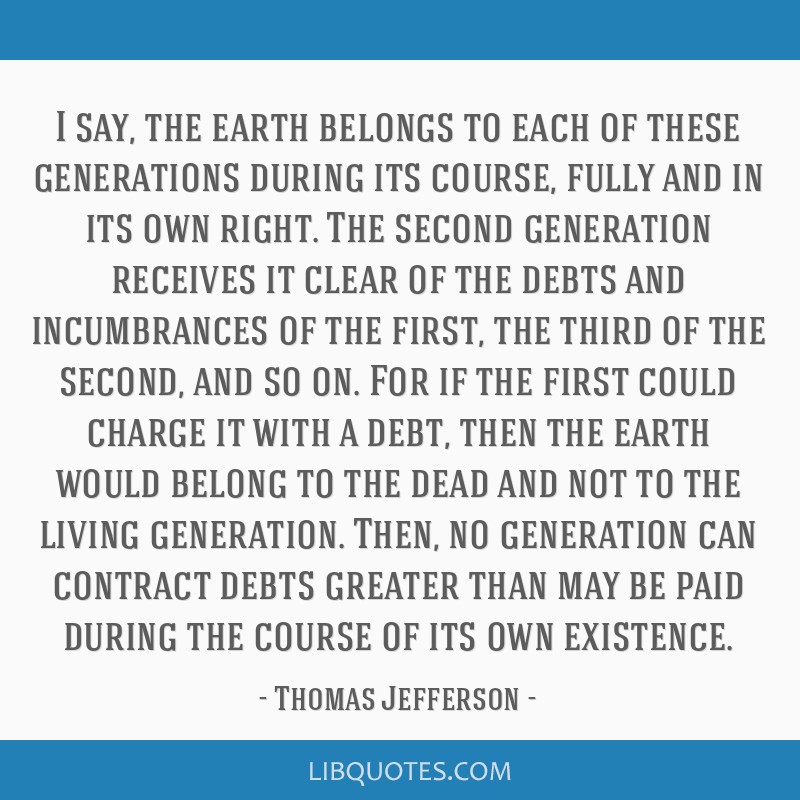 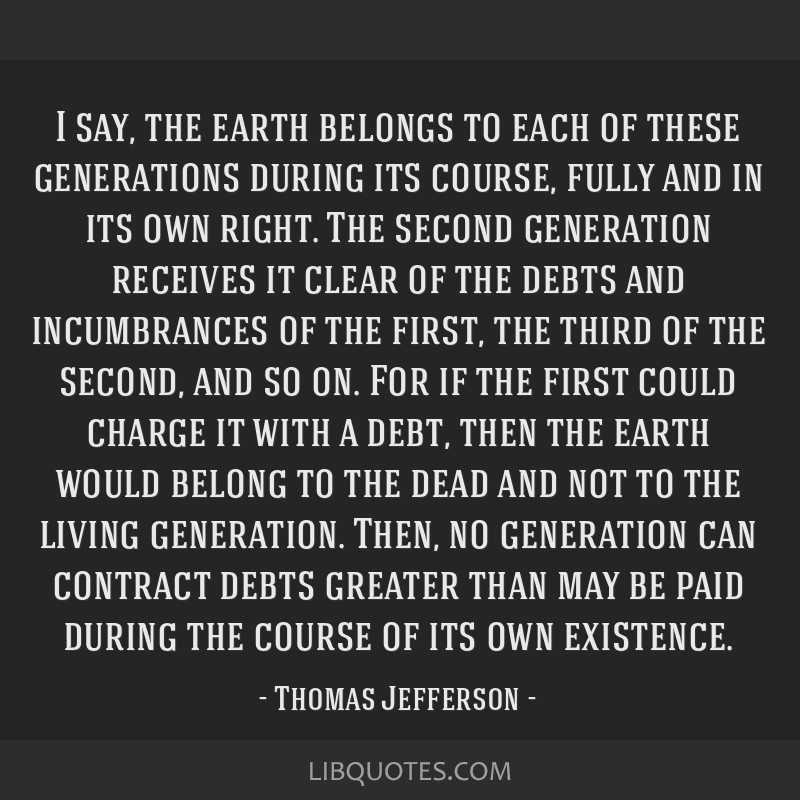