As some of you know, I some years ago — a few — painted a picture of Mr. Whitman. I began in the usual way, but soon found that the ordinary methods wouldn't do — that technique, rules and traditions would have to be thrown aside; that before all else, he was to be treated as a man, whatever became of what are commonly called the principles of art. 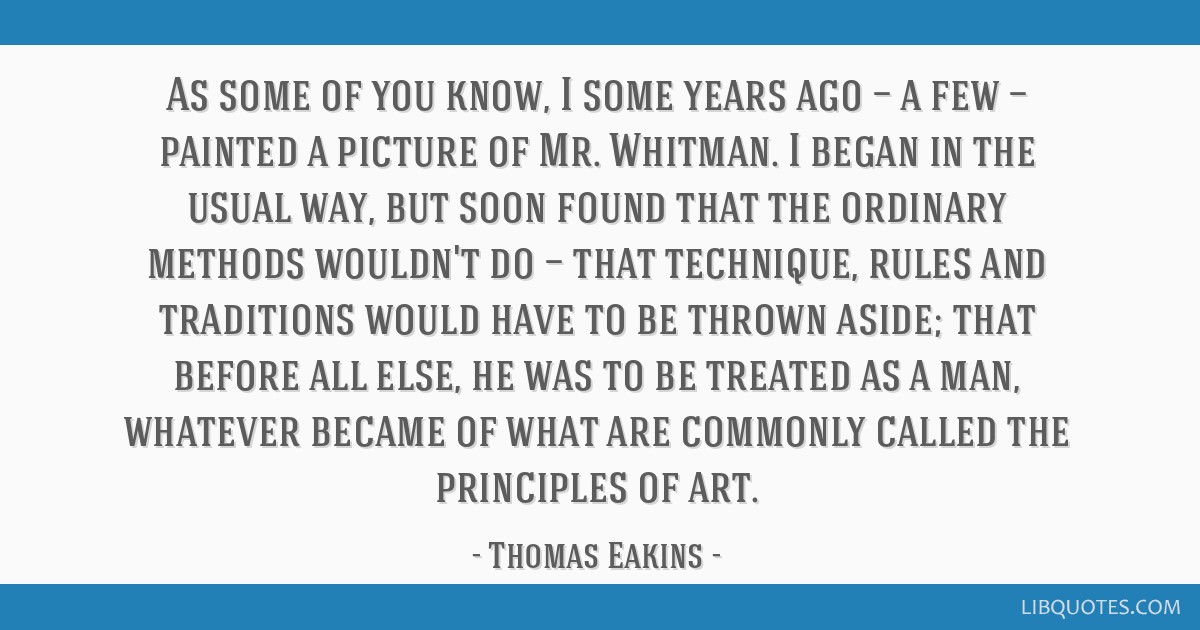 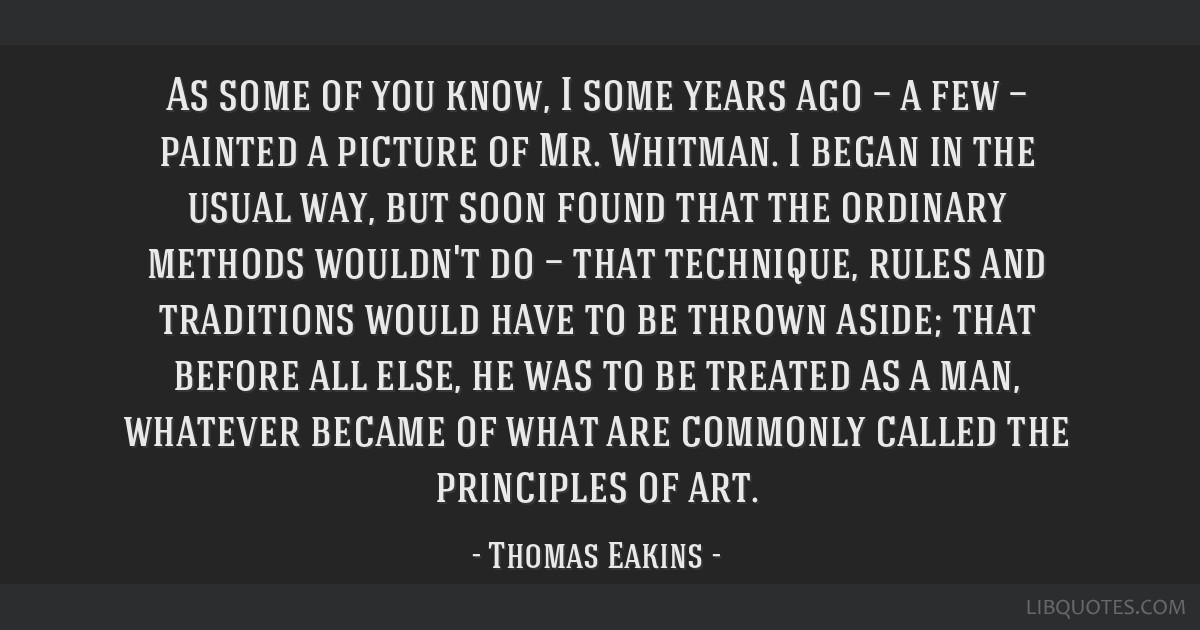 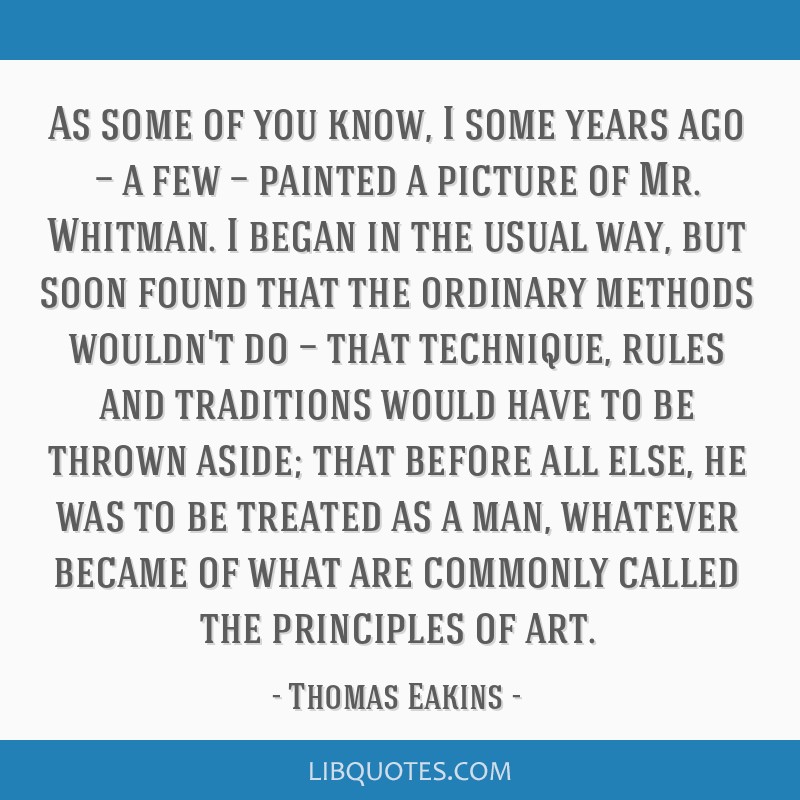 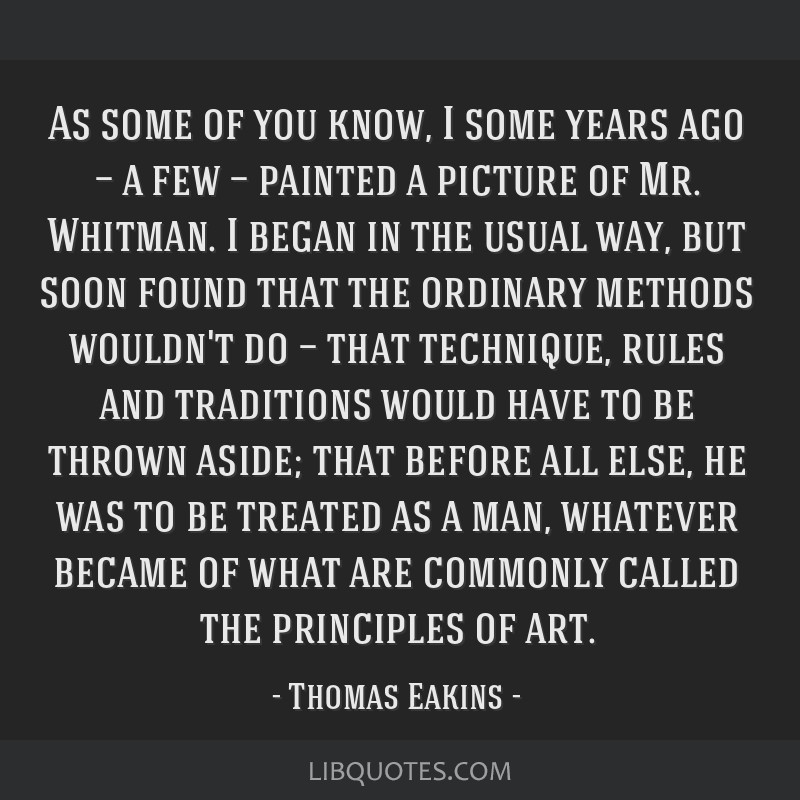 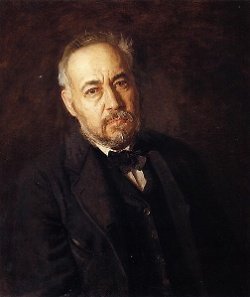