I have always been fond of the West African proverb "Speak softly and carry a big stick; you will go far."

This is the first known use of this phrase, which became a signature motto of Roosevelt's after he used it in a speech as Vice-President at the Minnesota State Fair
Theodore Roosevelt

American Treasures of the Library of Congress 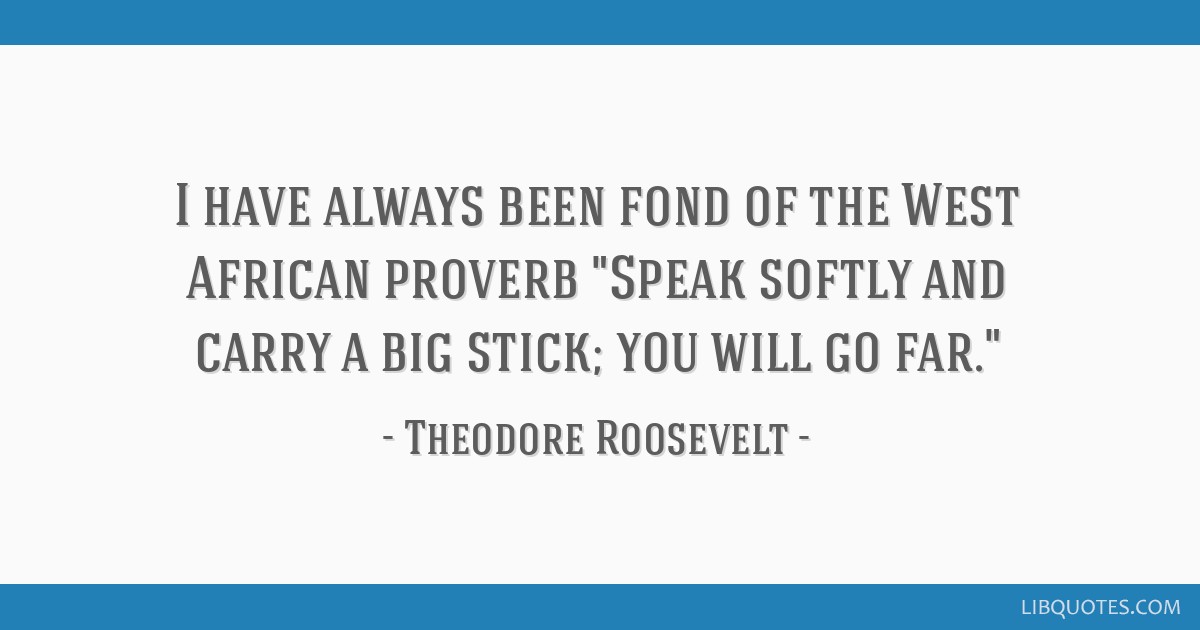 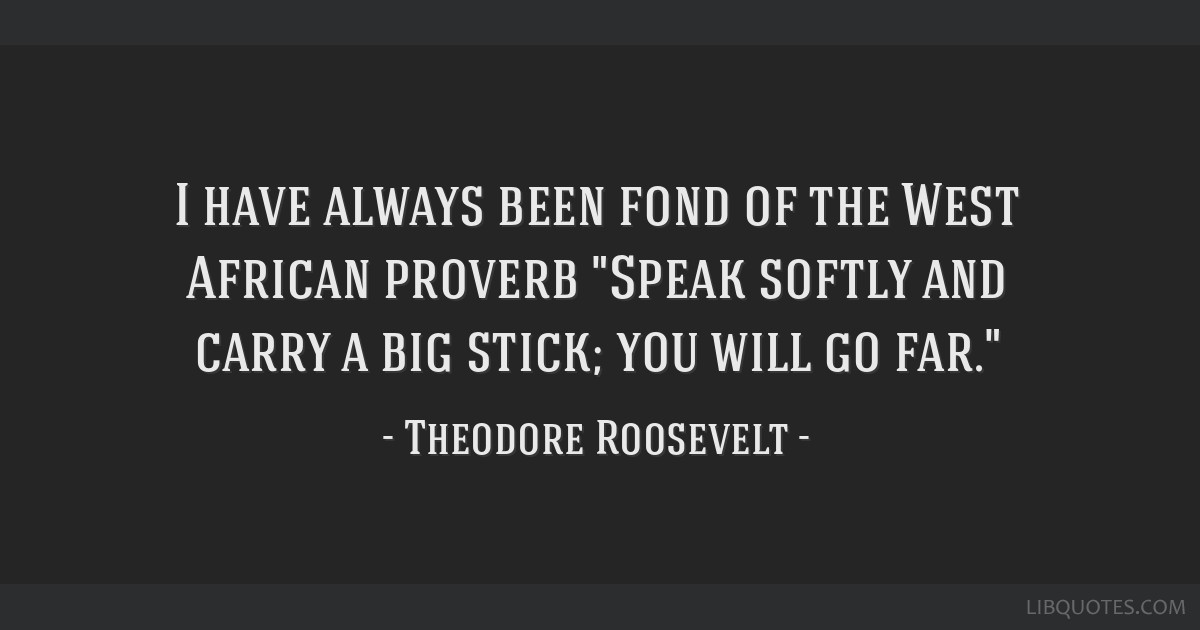 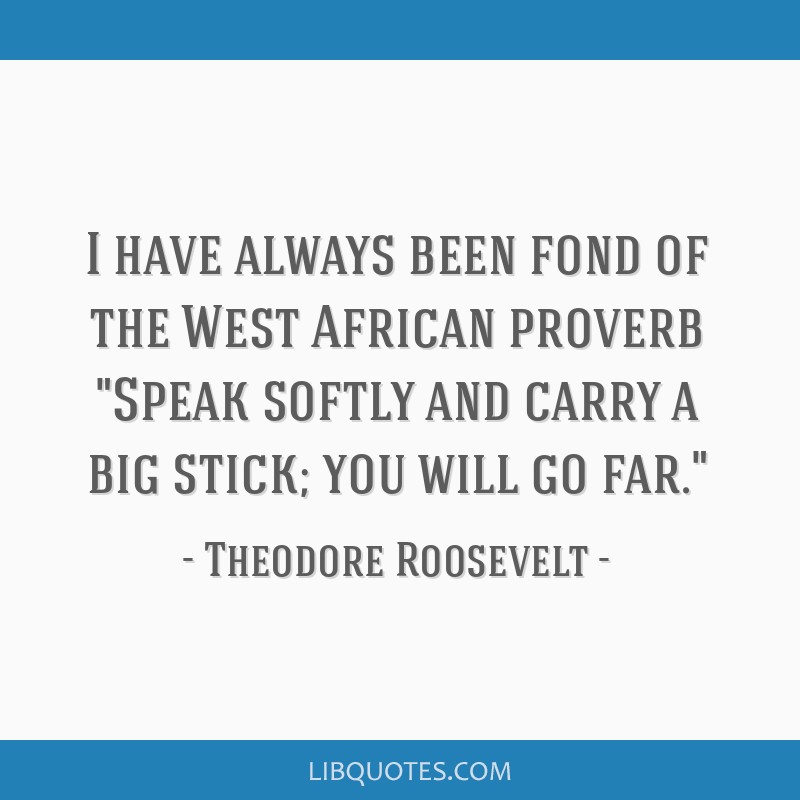 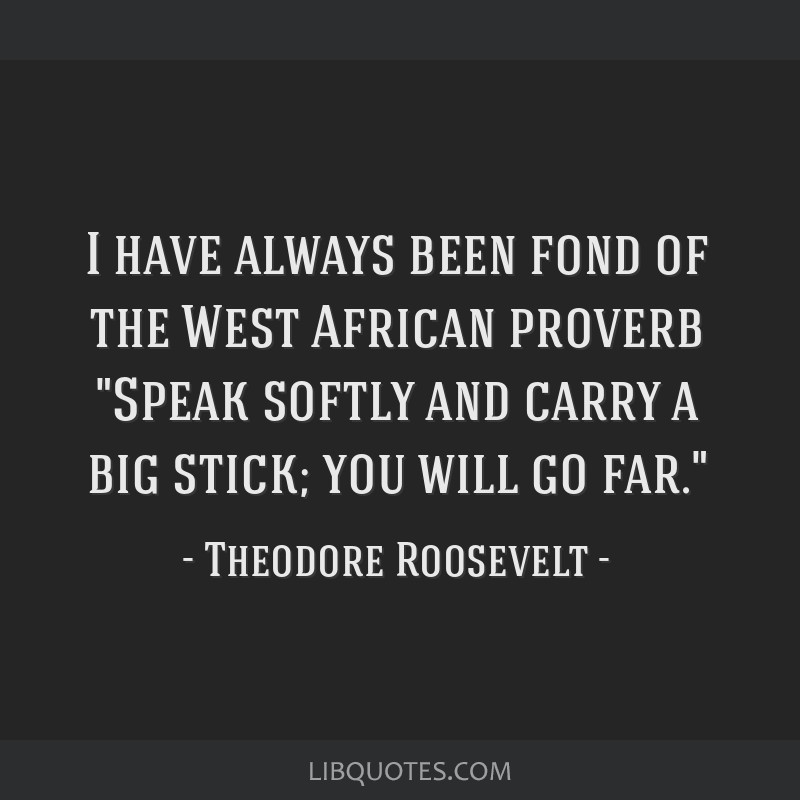