I believe that the Hindu faith has developed the spiritual in its devotees at the expense of the material, and I think that in the Western world the contrary is true. By uniting the materialism of the West with the spiritualism of the East I believe much can be accomplished. It may be that in the attempt the Hindu faith will lose much of its individuality. 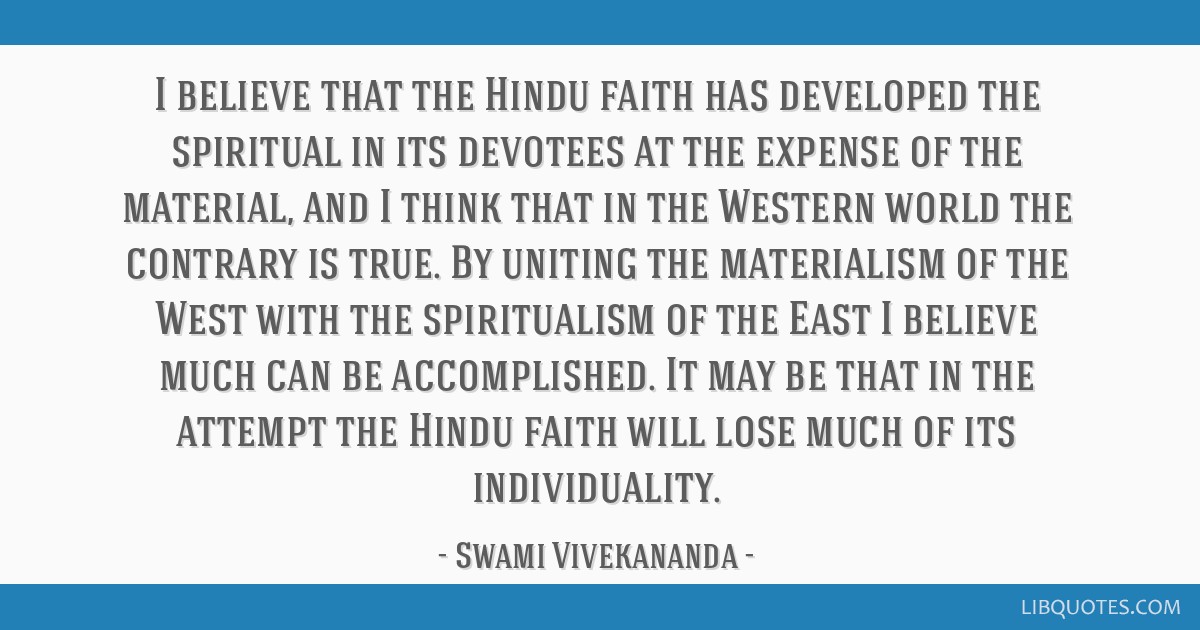 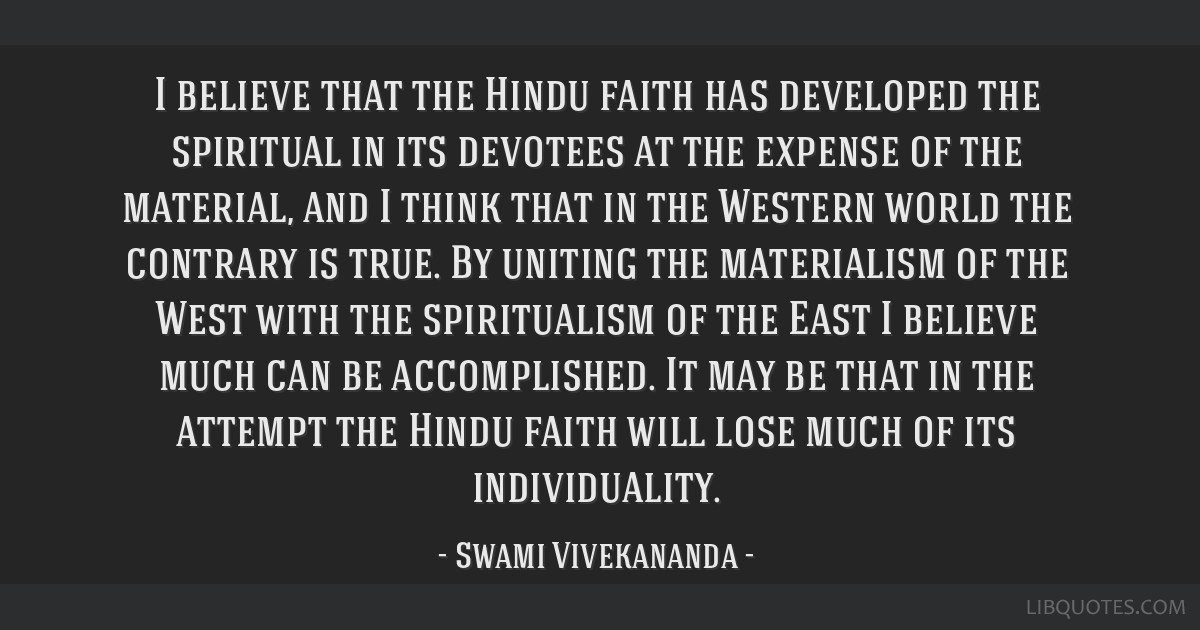 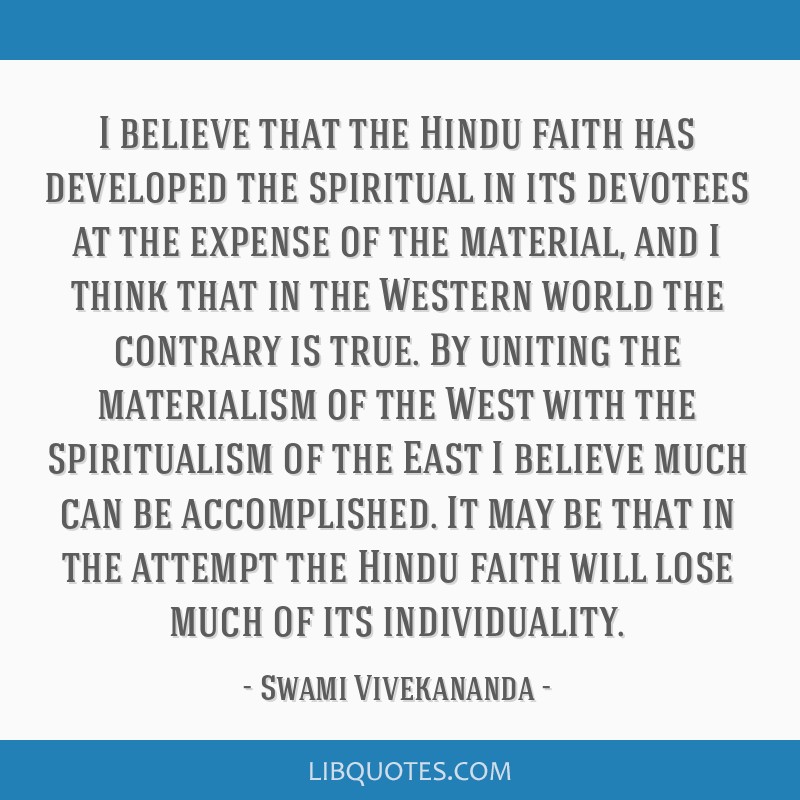 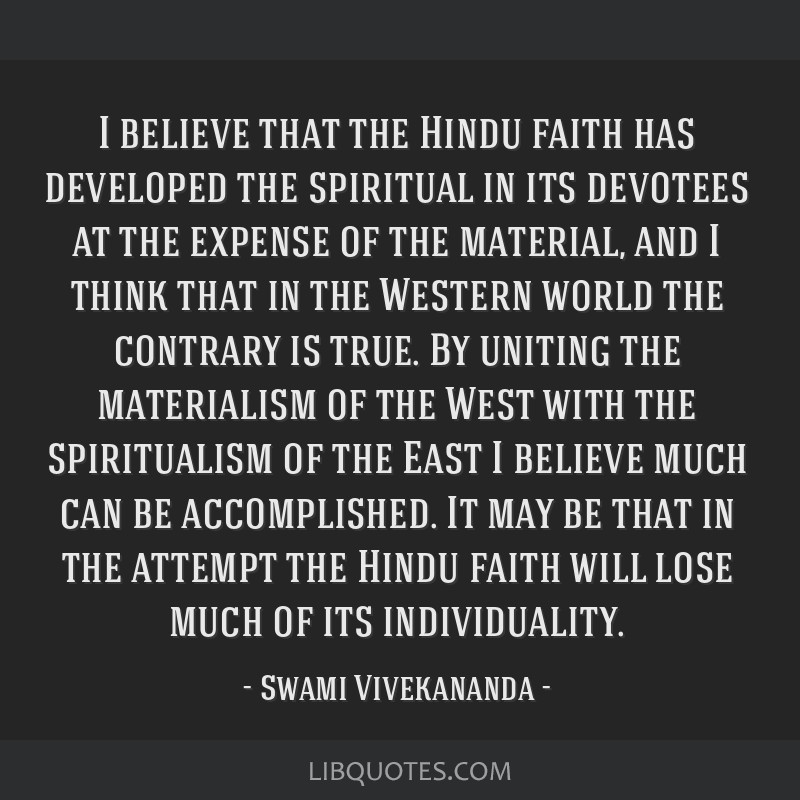