Stalin is the perfect example of what I was talking about. To simply call him corrupt tells us nothing useful. What circumstances put him into power? What objective pressures, as well as subjective characteristics, led him to make the decisions he made? I'm currently reading Trotsky's writings from 1932 (scary how accurately he predicts the way WWII would play out), and analyzing the details of why Stalin did as he did is far more complex and useful than just, 'power corrupts.'
And it is even more true for the other great dictators of the 20th Century: I don't think you can even say that Hitler and Mussolini were corrupt: they came to power in order to do the very things they did. 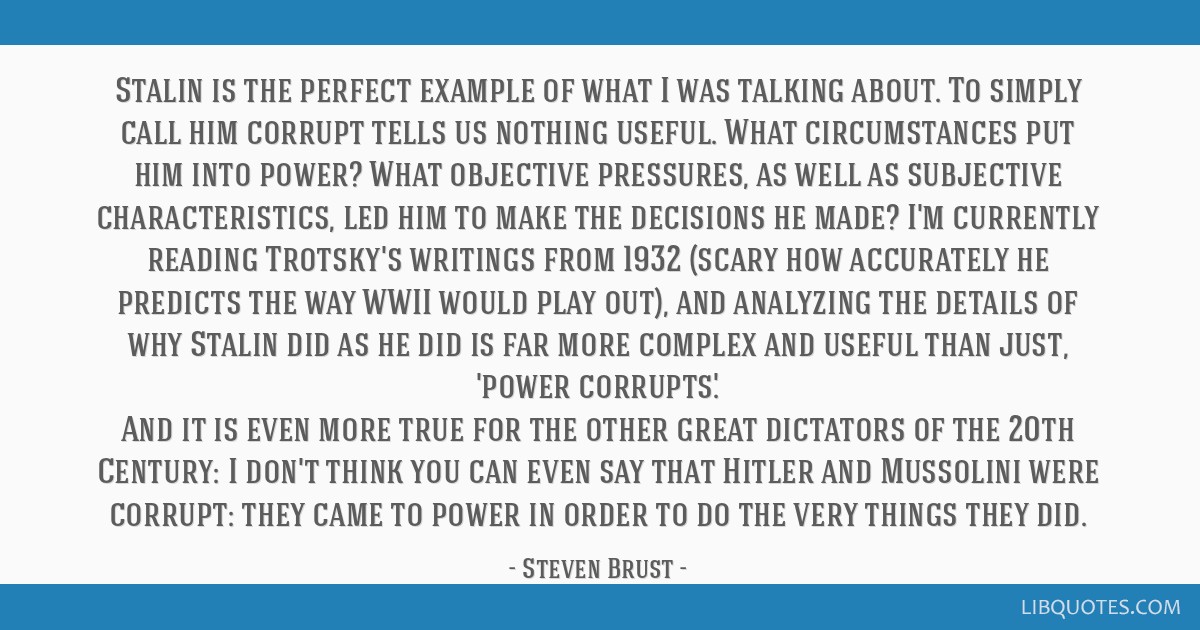 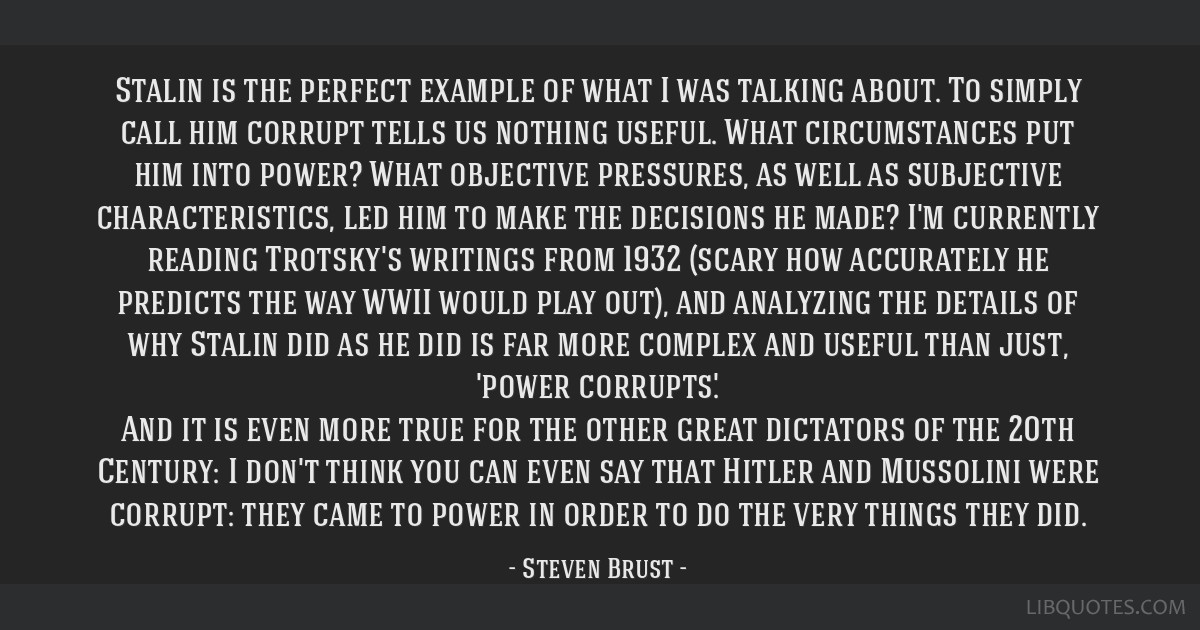 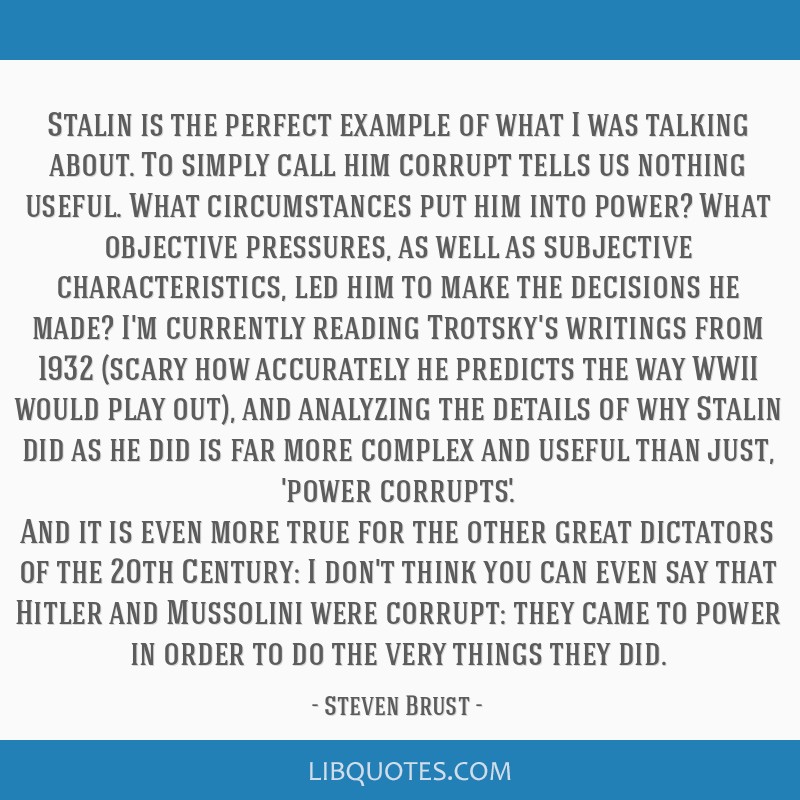 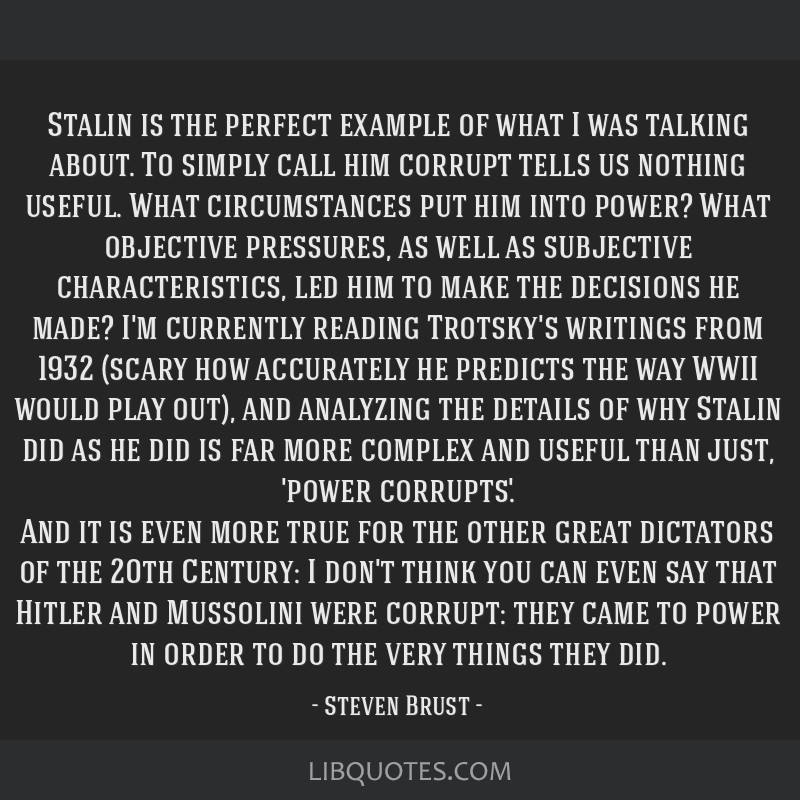 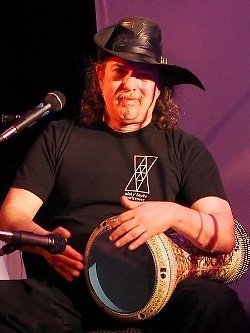