We are mad, not only individually, but nationally. We check manslaughter and isolated murders; but what of war and the much-vaunted crime of slaughtering whole peoples? There are no limits to our greed, none to our cruelty. And as long as such crimes are committed by stealth and by individuals, they are less harmful and less portentous; but cruelties are practiced in accordance with acts of senate and popular assembly, and the public is bidden to do that which is forbidden to the individual. 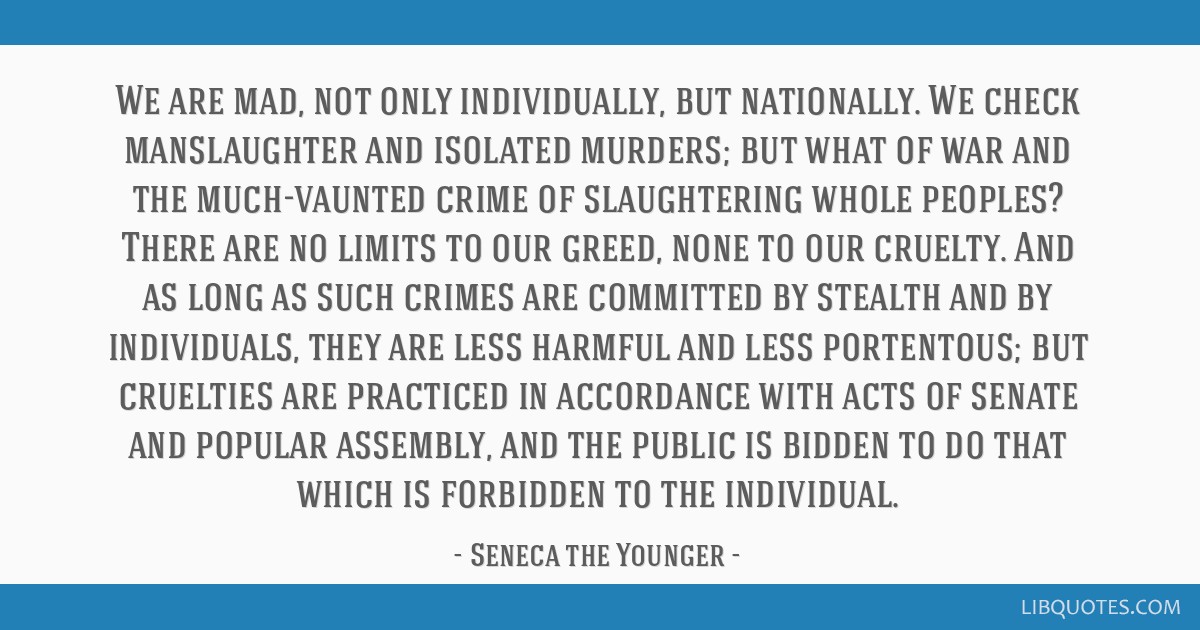 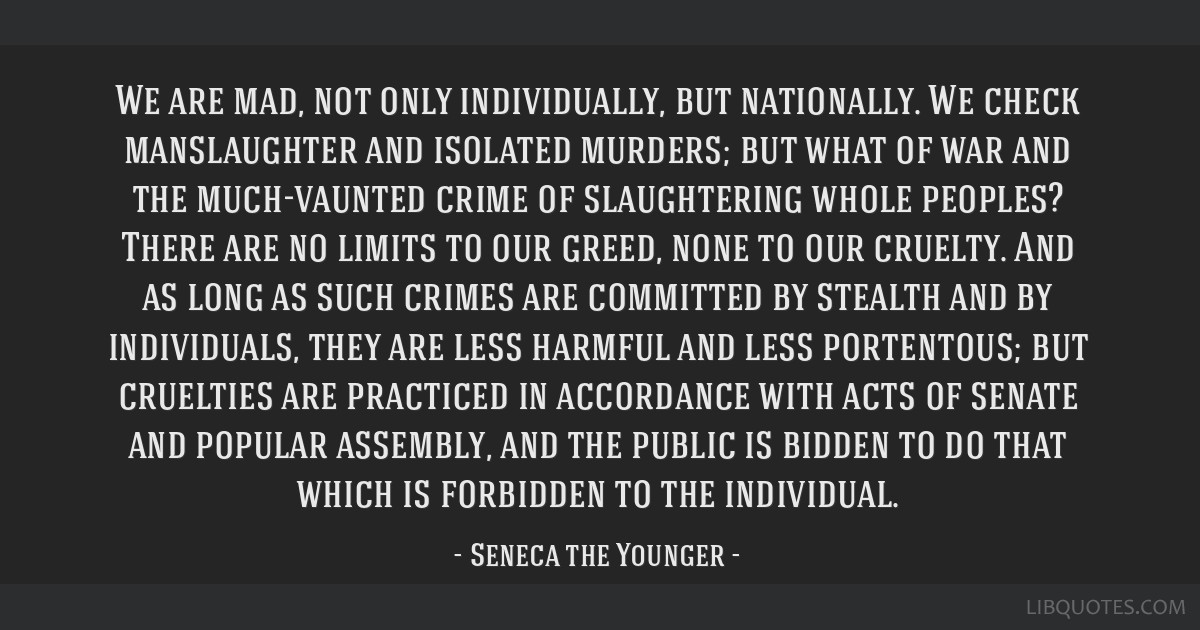 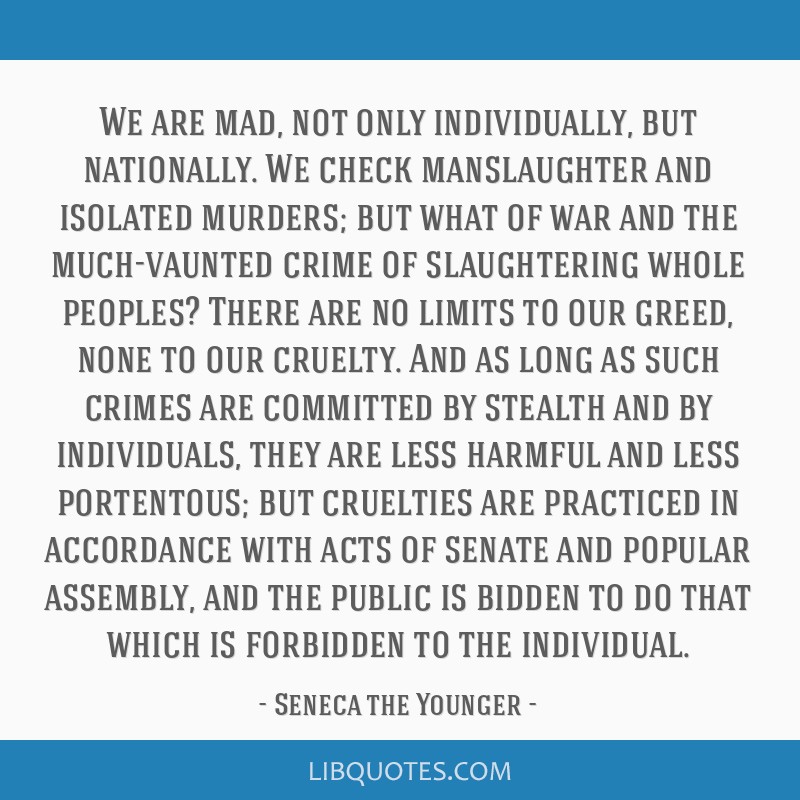 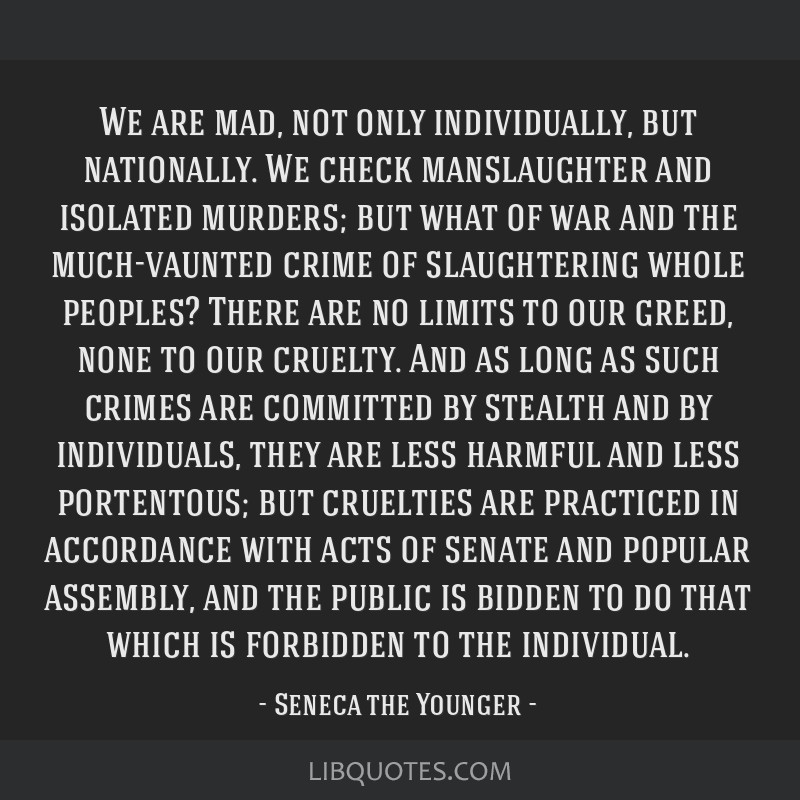 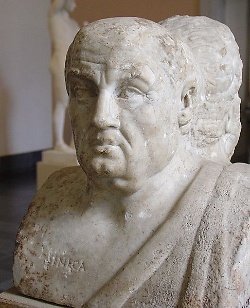