The effectiveness of any model used to describe and understand behavior of a particular system as a whole ultimately depends on the degree to which that model accurately represents that system. Nevertheless, there have been and are situations in which application of deterministic or animate models to social systems have produced useful results for a short period of time. However, in a longer run, such mismatches usually result in less than desirable results because critical aspects of the social systems were omitted in the less complex model that was used. 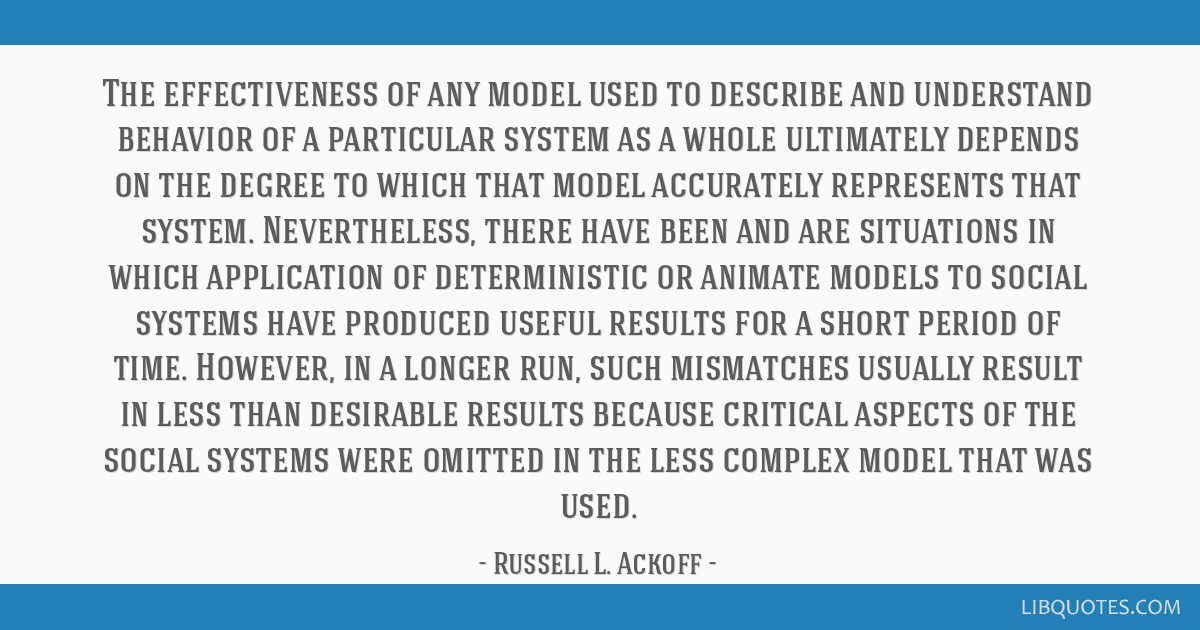 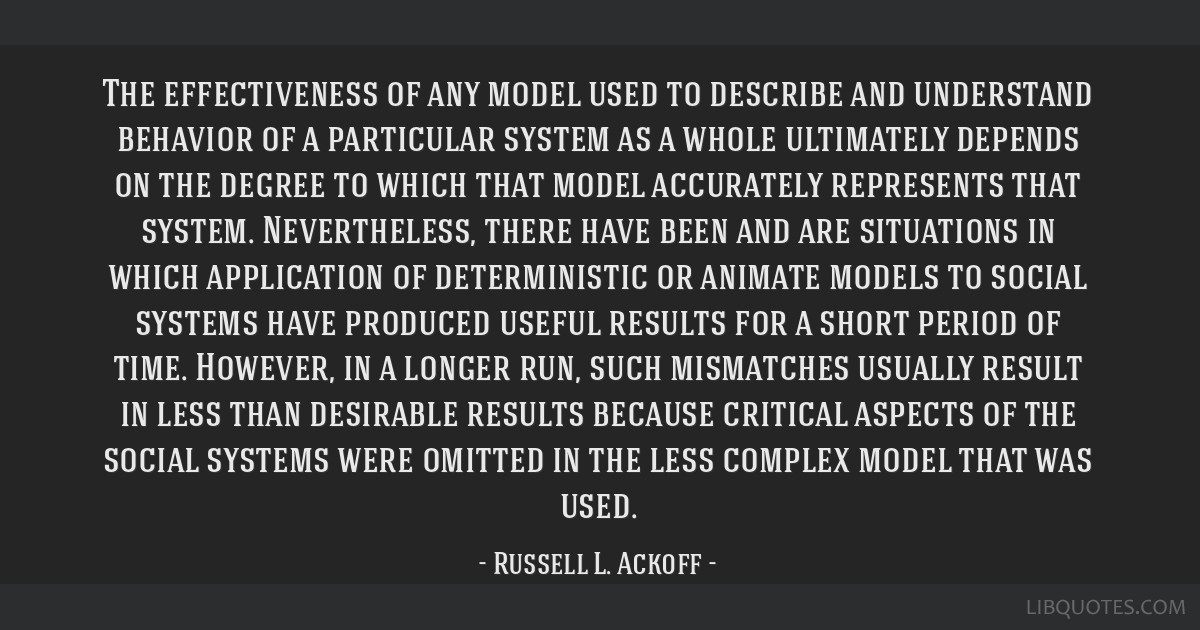 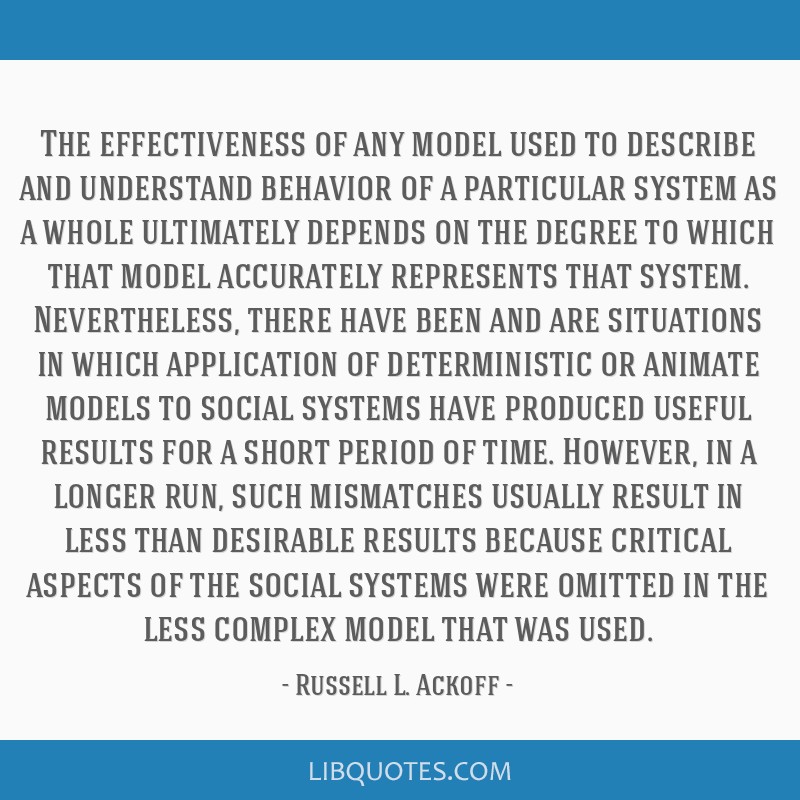 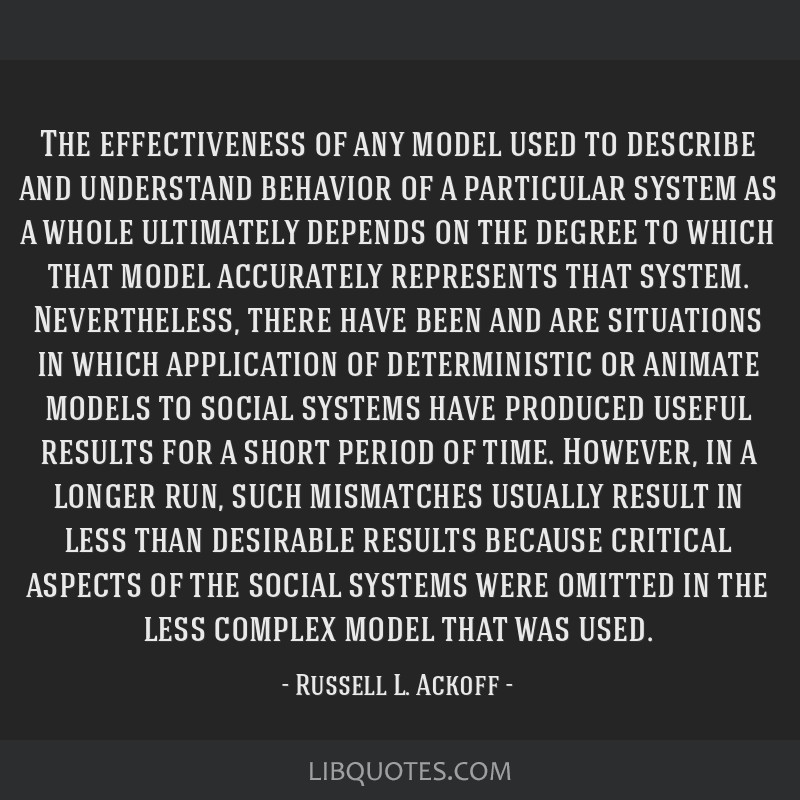 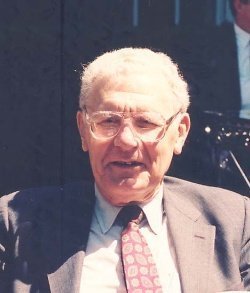