By the logical syntax of a language, we mean the formal theory of the linguistic forms of that language — the systematic statement of the formal rules which govern it together with the development of the consequences which follow from these rules. A theory, a rule, a definition, or the like is to be called formal when no reference is made in it either to the meaning of the symbols (for examples, the words) or to the sense of the expressions (e. g. the sentences), but simply and solely to the kinds and order of the symbols from which the expressions are constructed. 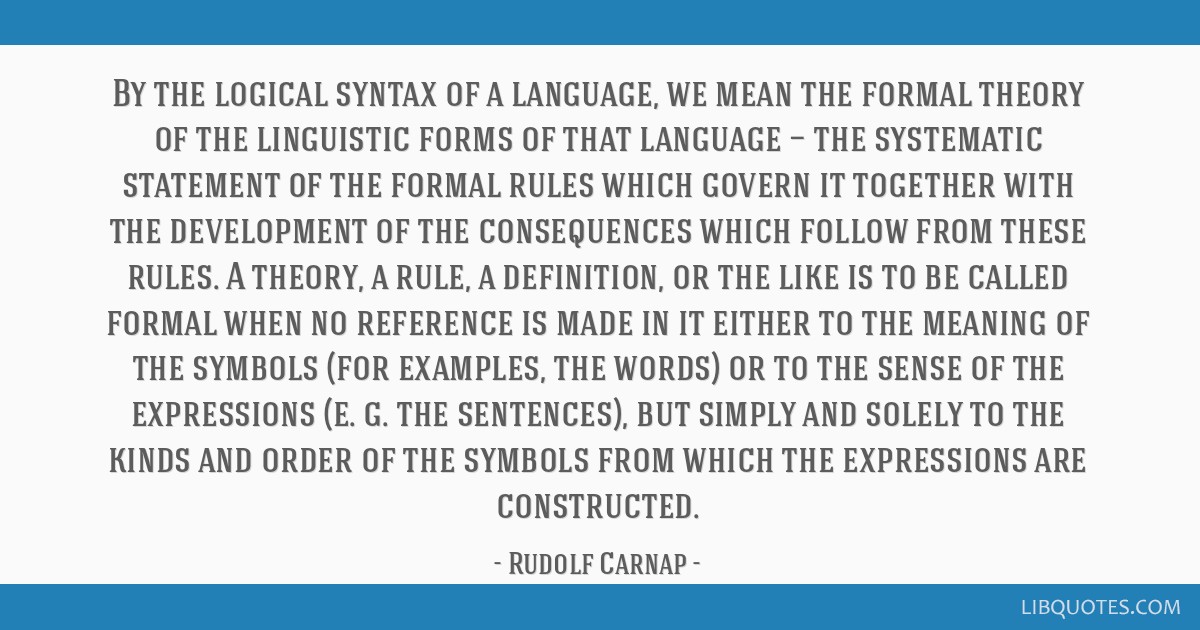 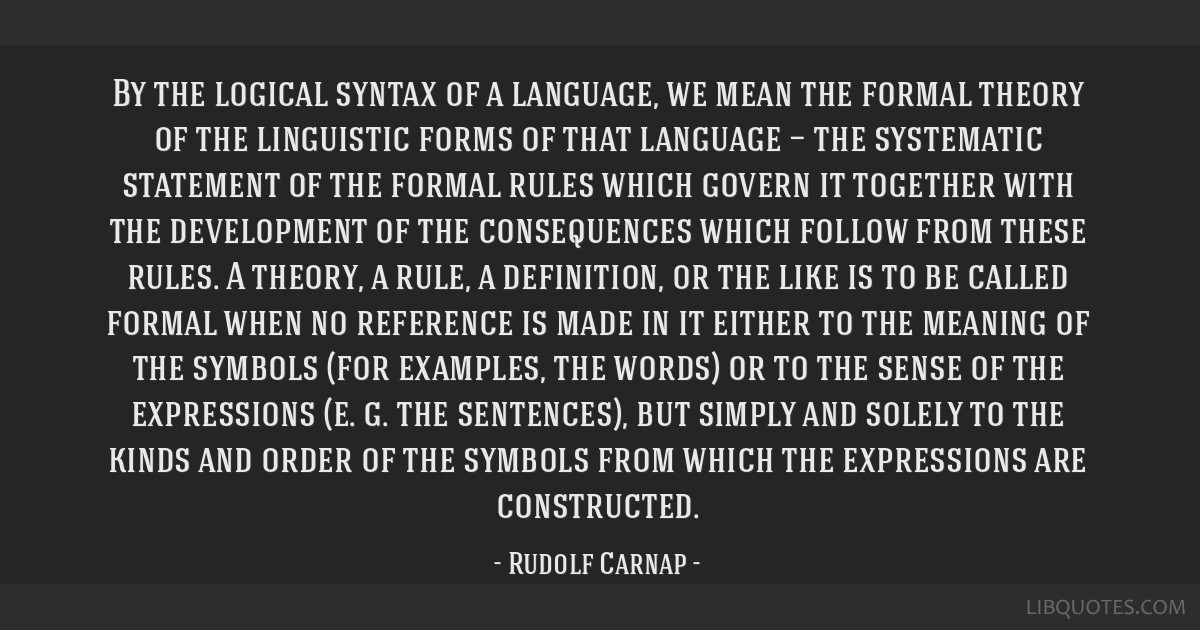 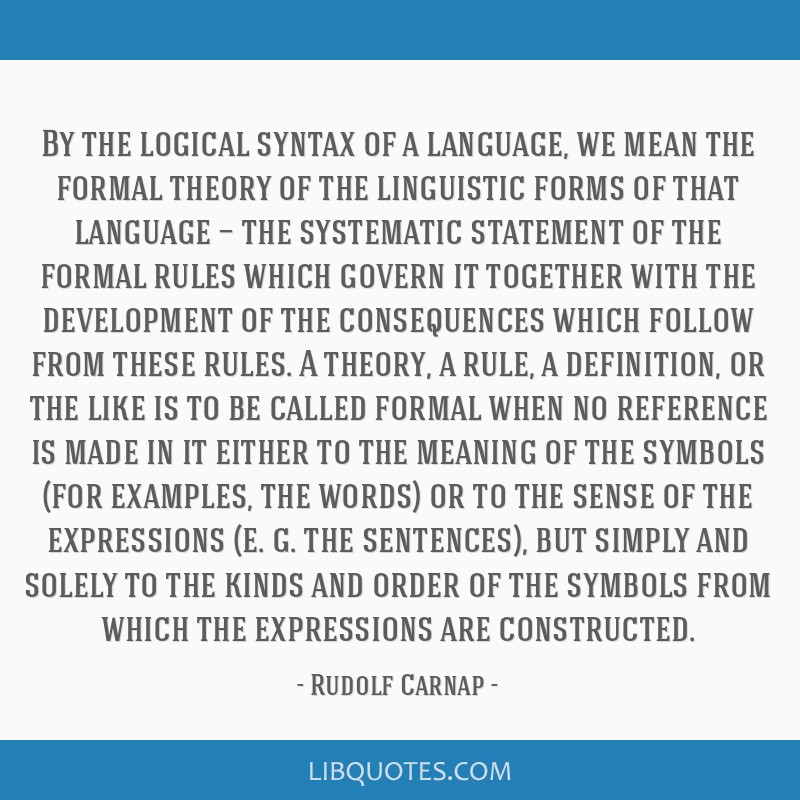 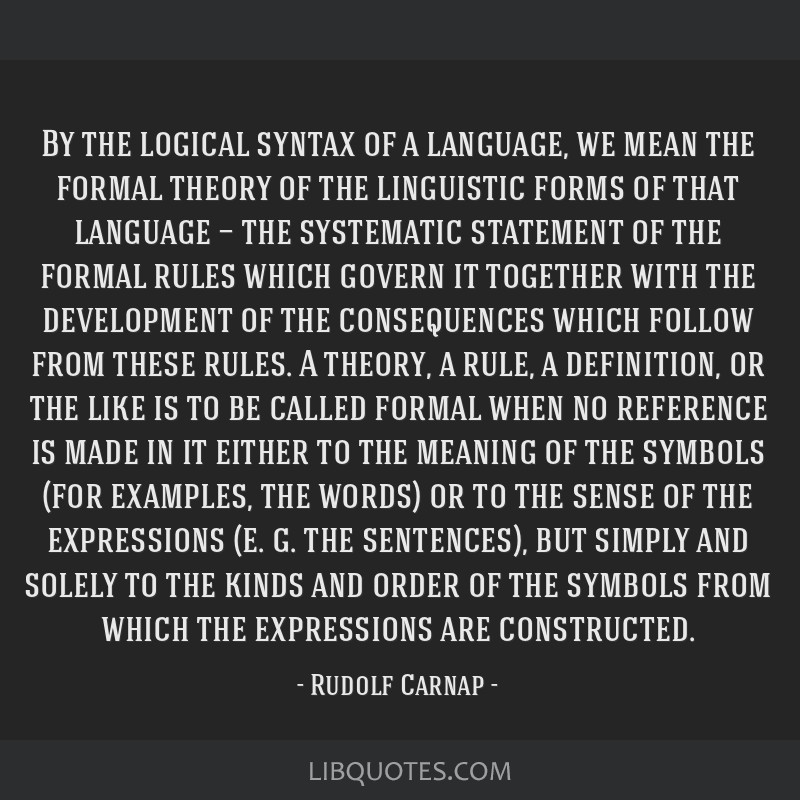