The task of making more exact a vague or not quite exact concept used in everyday life or in an earlier stage of scientific or logical development, or rather of replacing it by a newly constructed, more exact concept, belongs among the most important tasks of logical analysis and logical construction. We call this the task of explicating, or of giving an explication for the earlier concept; this earlier concept, or sometimes the term used for it, is called the explicandum; and the new concept, or its term, is called an explicatum of the old one. 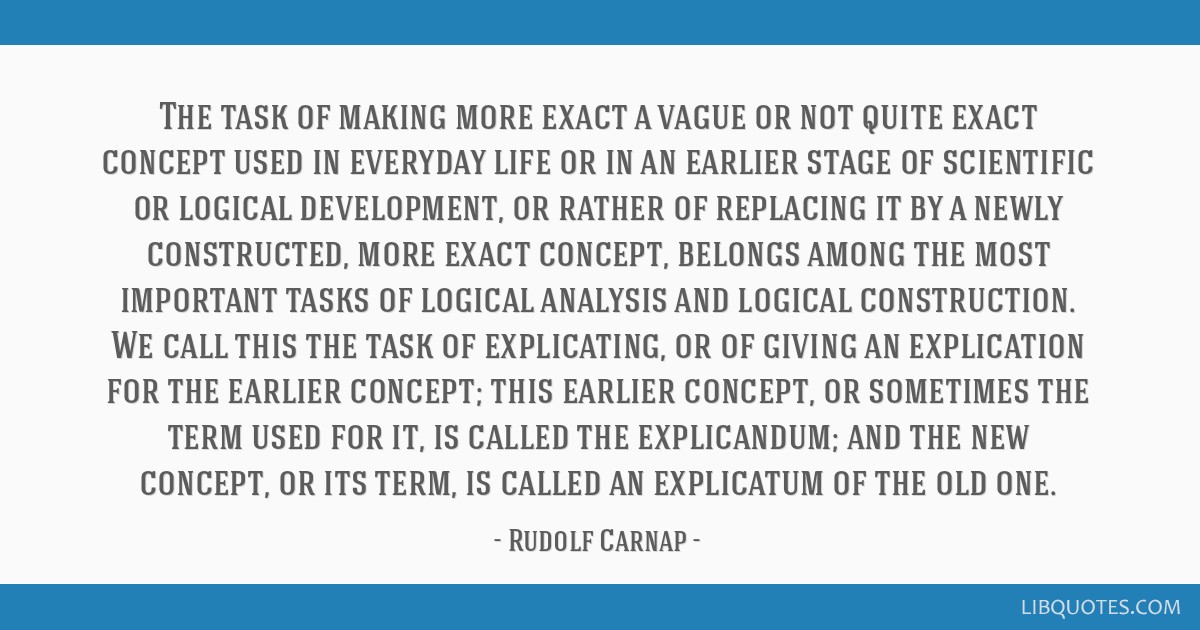 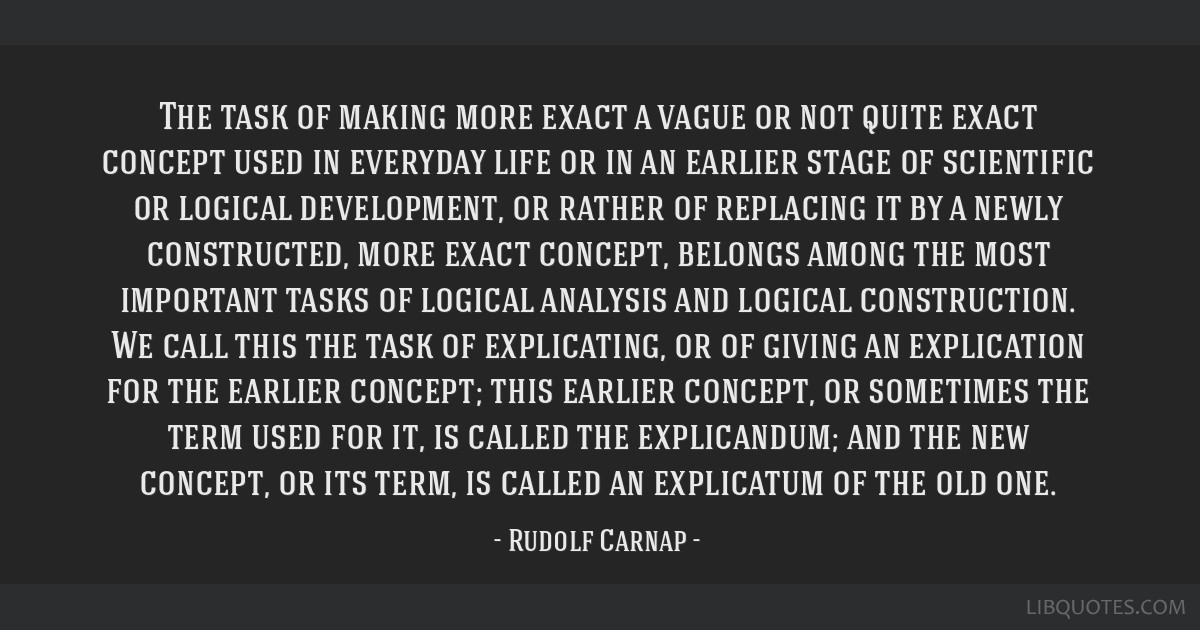 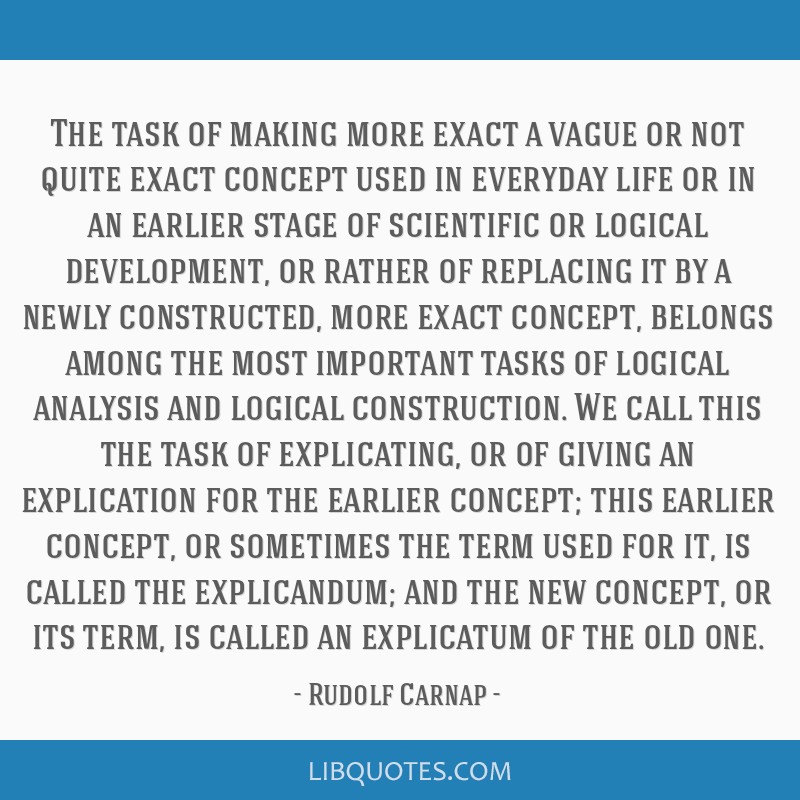 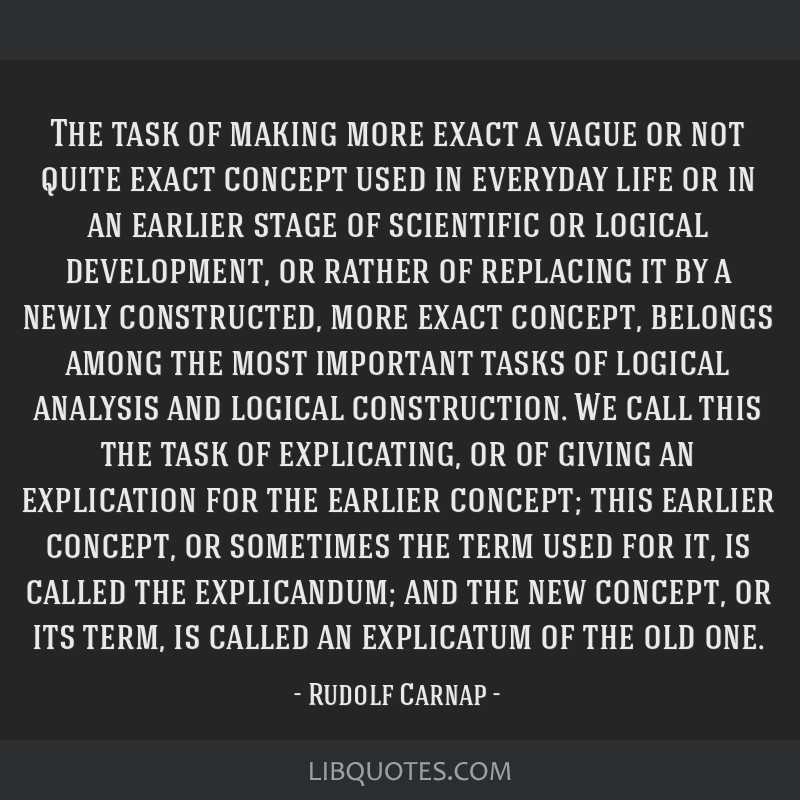