Logic is not concerned with human behavior in the same sense that physiology, psychology, and social sciences are concerned with it. These sciences formulate laws or universal statements which have as their subject matter human activities as processes in time. Logic, on the contrary, is concerned with relations between factual sentences (or thoughts). If logic ever discusses the truth of factual sentences it does so only conditionally, somewhat as follows: if such-and-such a sentence is true, then such-and-such another sentence is true. Logic itself does not decide whether the first sentence is true, but surrenders that question to one or the other of the empirical sciences. 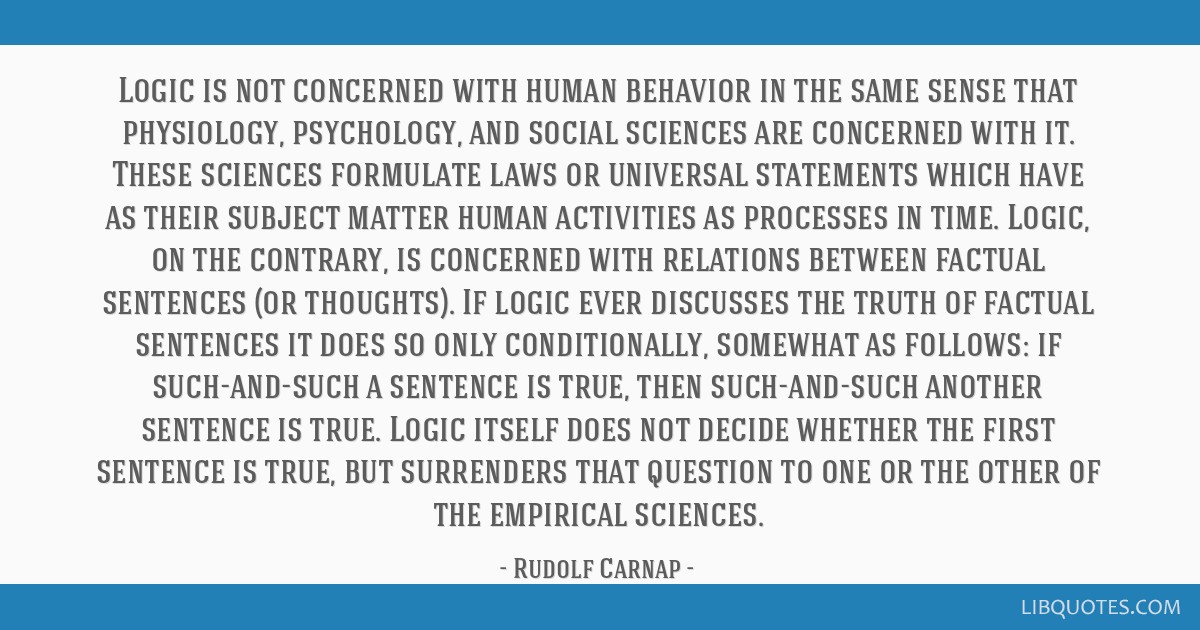 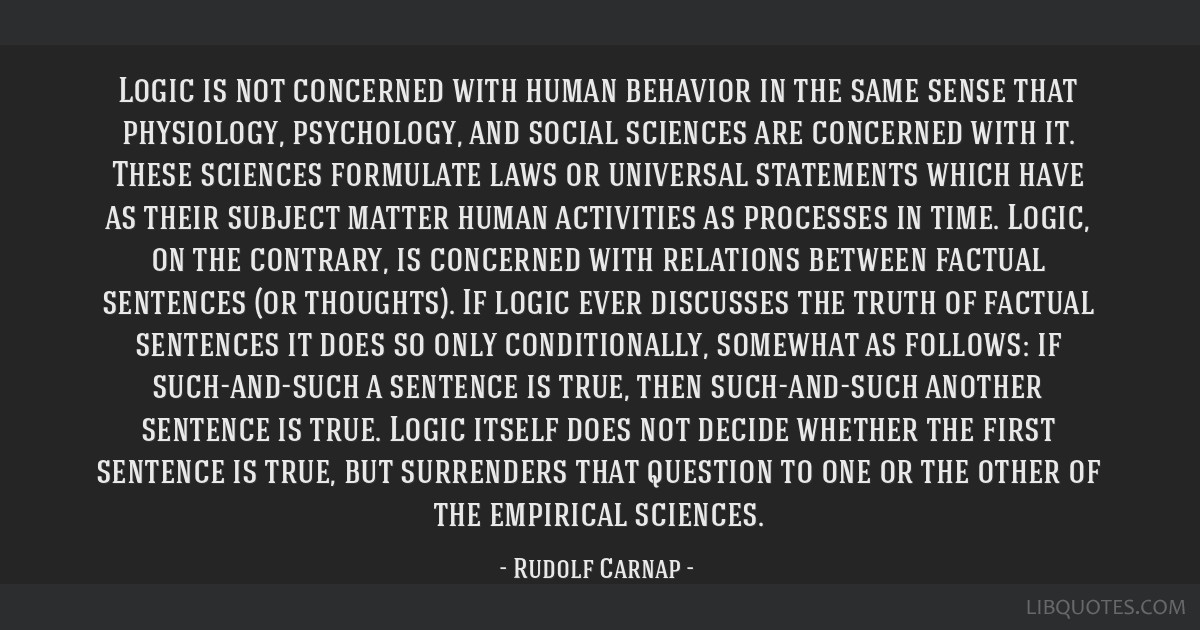 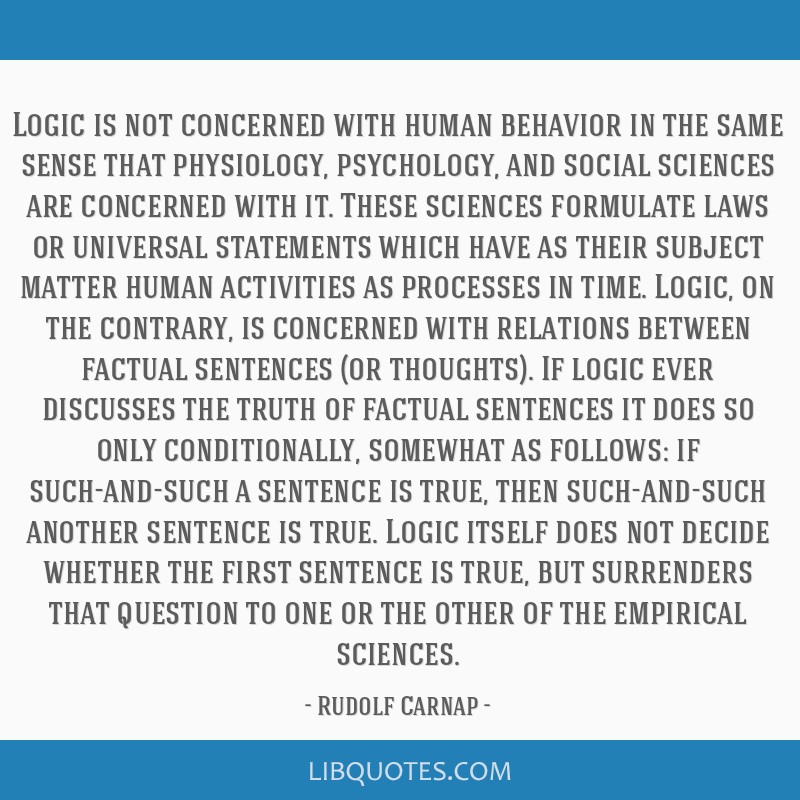 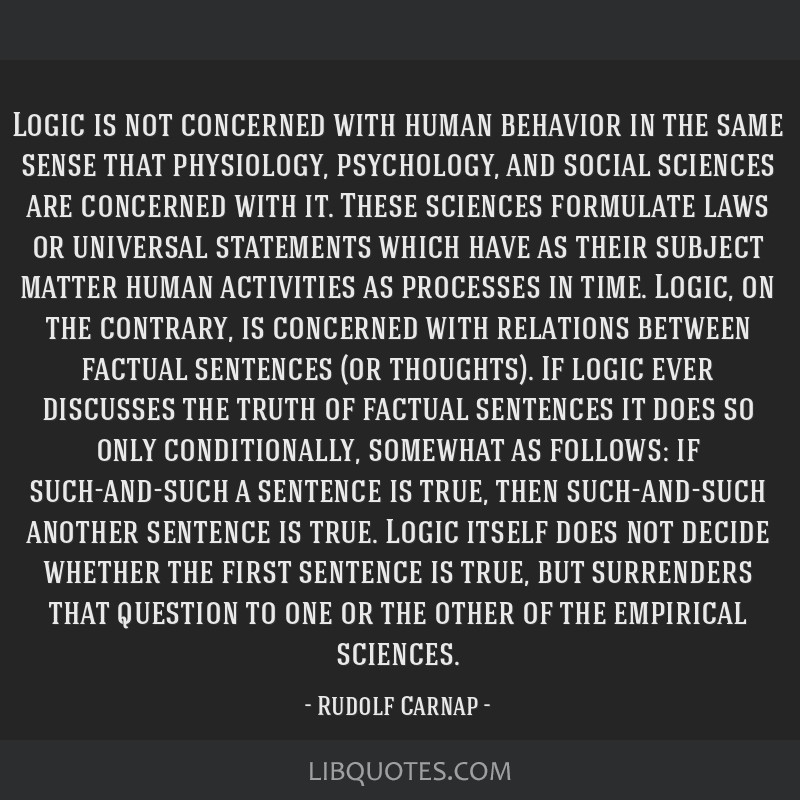