I like the aliveness of it [theater] – that awful feeling of being on the spot. I must assume the responsibility for that moment, for those actions that happen at that particular time. I don't find theater that different from painting, and it's not that I think of painting as theater or vice versa. I tend to think of working as a kind of involvement with materials, as well as rather focused interest which changes. 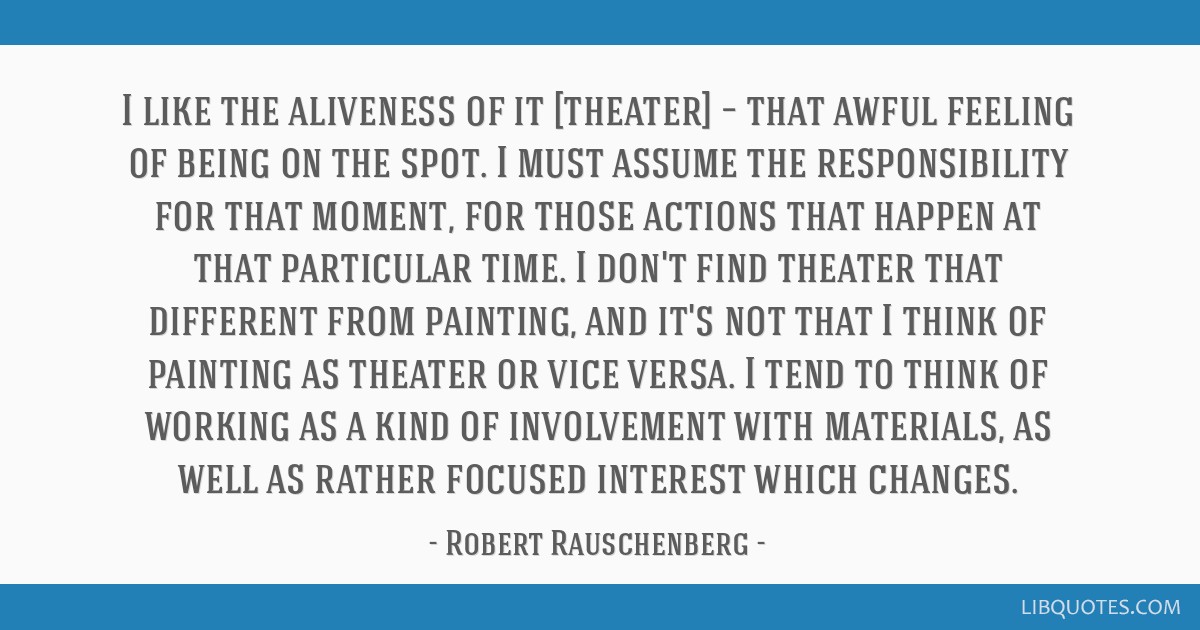 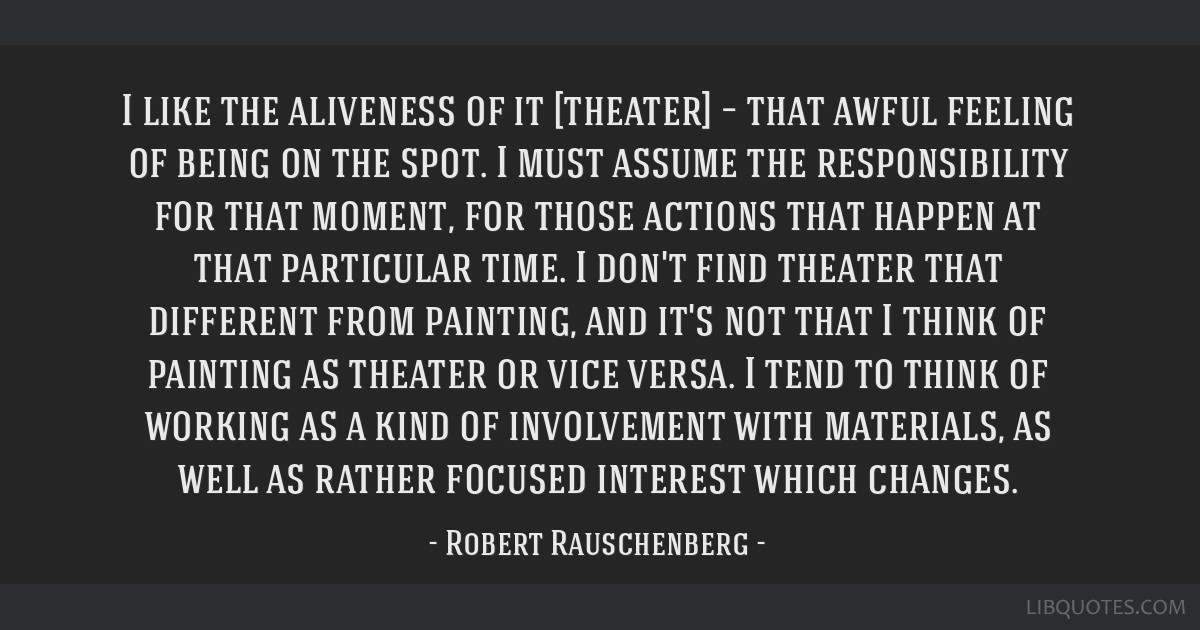 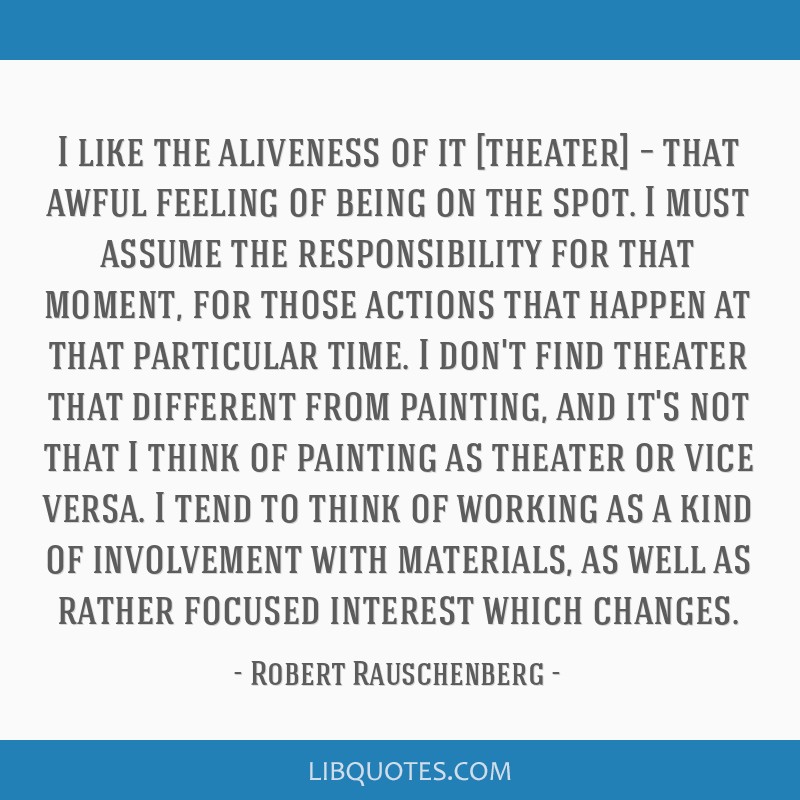 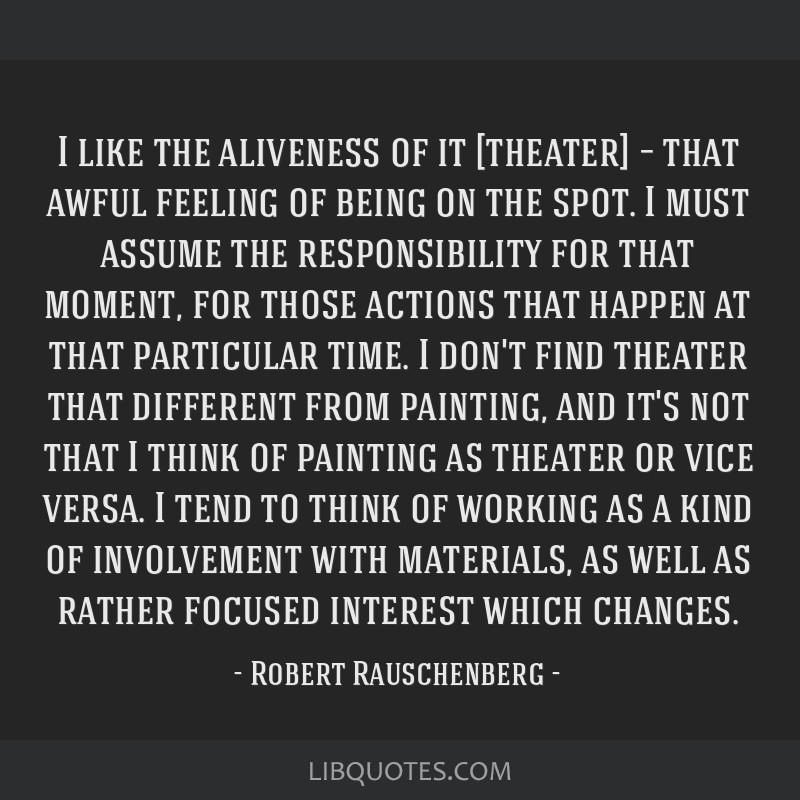 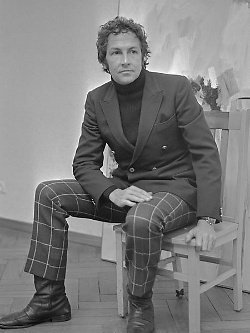