First, is the danger of futility: the belief there is nothing one man or one woman can do against the enormous array of the world's ills — against misery, against ignorance, or injustice and violence. Yet many of the world's great movements, of thought and action, have flowed from the work of a single man. A young monk began the Protestant Reformation, a young general extended an empire from Macedonia to the borders of the earth, and a young woman reclaimed the territory of France. It was a young Italian explorer who discovered the New World, and 32-year-old Thomas Jefferson who proclaimed that all men are created equal. "Give me a place to stand," said Archimedes, "and I will move the world." These men moved the world, and so can we all. 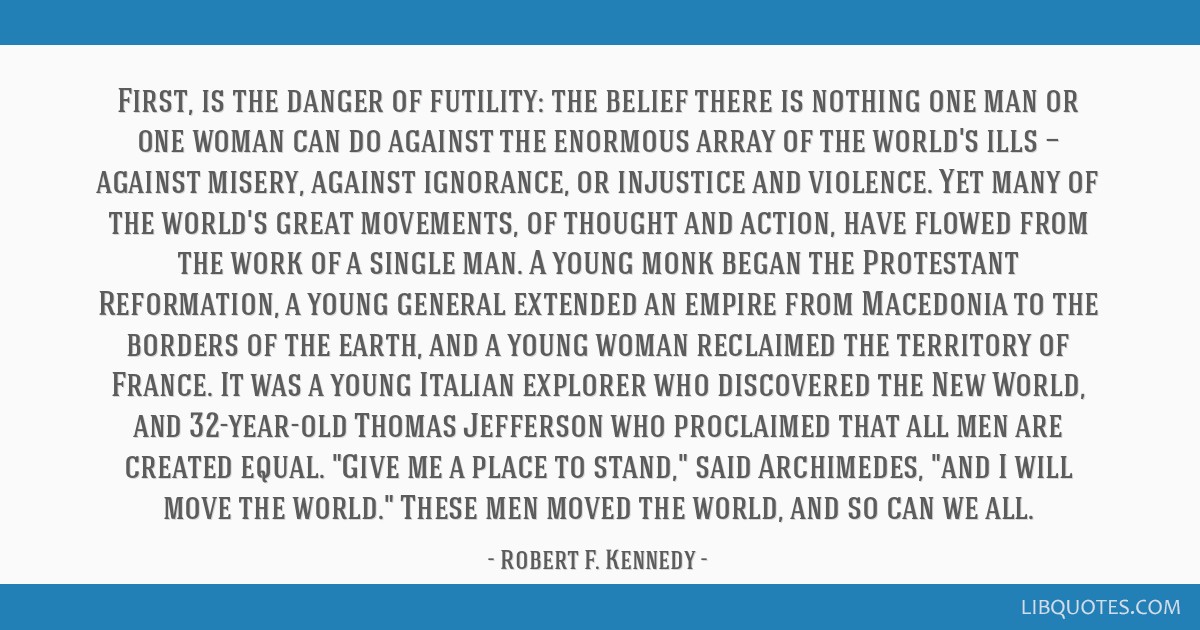 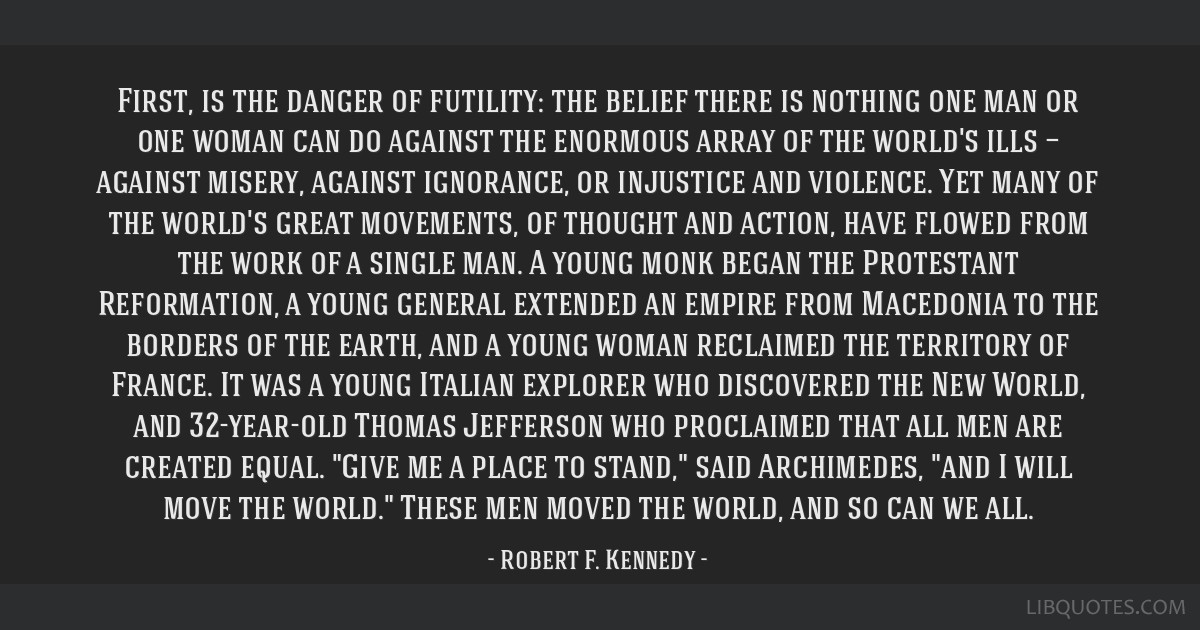 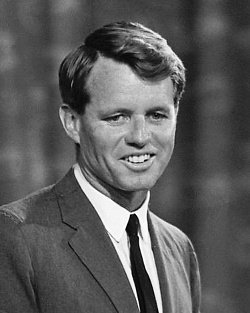