Slavery is but half abolished, emancipation is but half completed, while millions of freemen with votes in their hands are left without education. Justice to them, the welfare of the States in which they live, the safety of the whole Republic, the dignity of the elective franchise, - all alike demand that the still remaining bonds of ignorance shall be unloosed and broken, and the minds as well as the bodies of the emancipated go free.

Oration on the Hundredth Anniversary of the Surrender of Lord Cornwallis to the Combined Forces of America and France (ed. 1881) 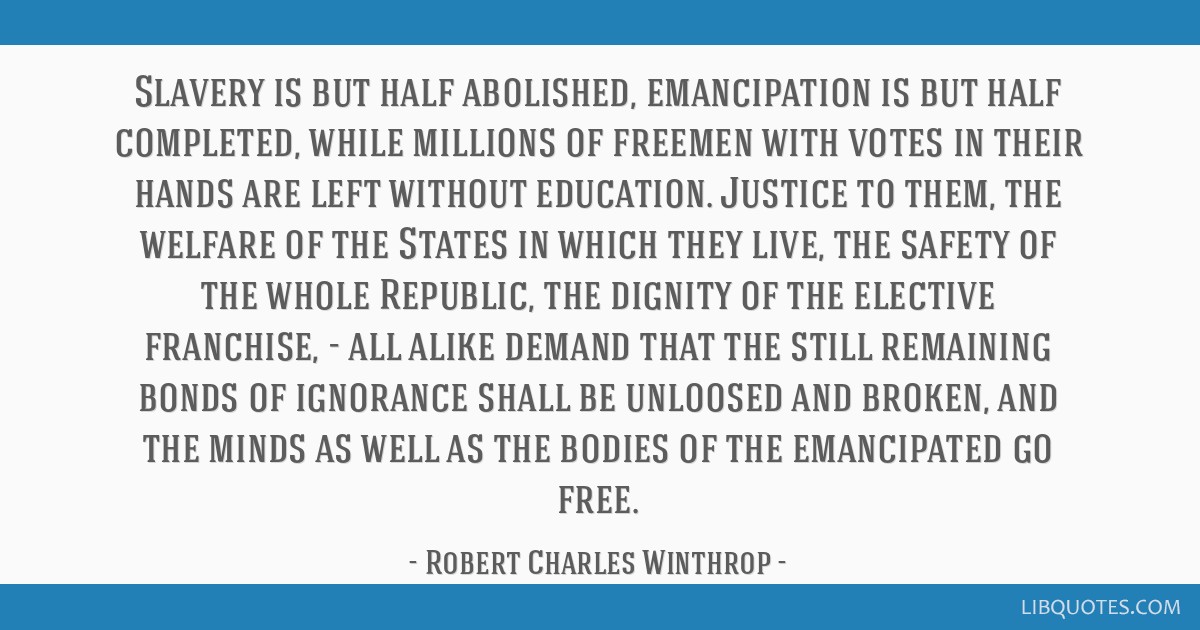 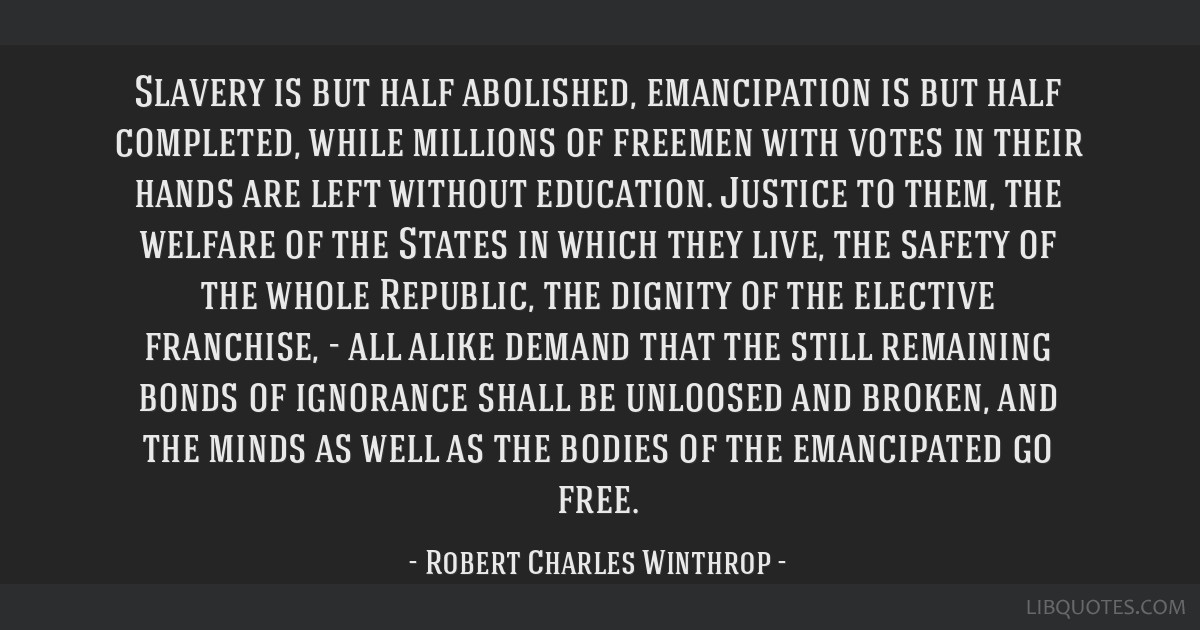 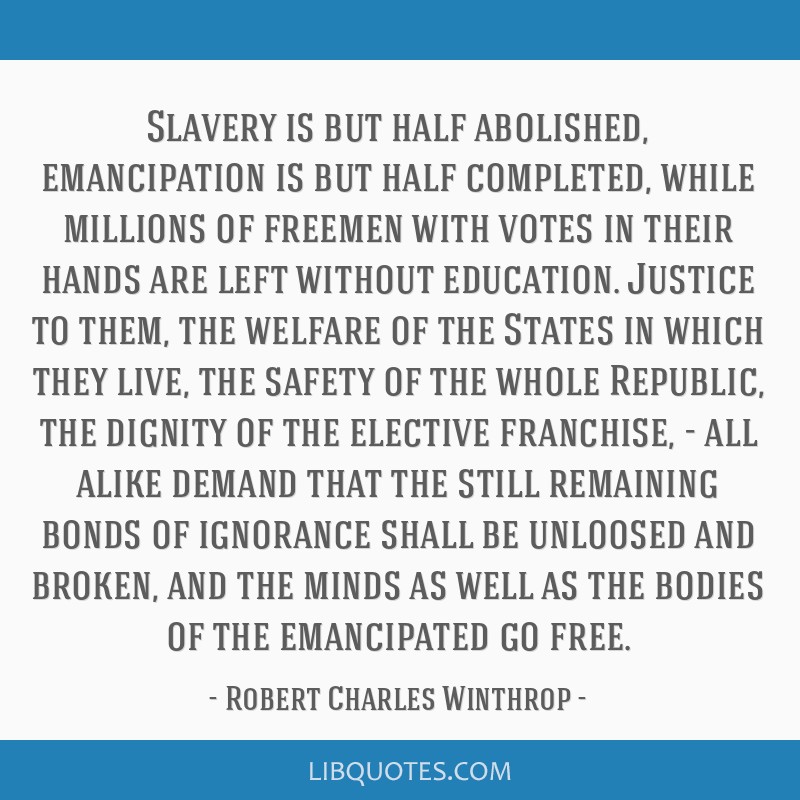 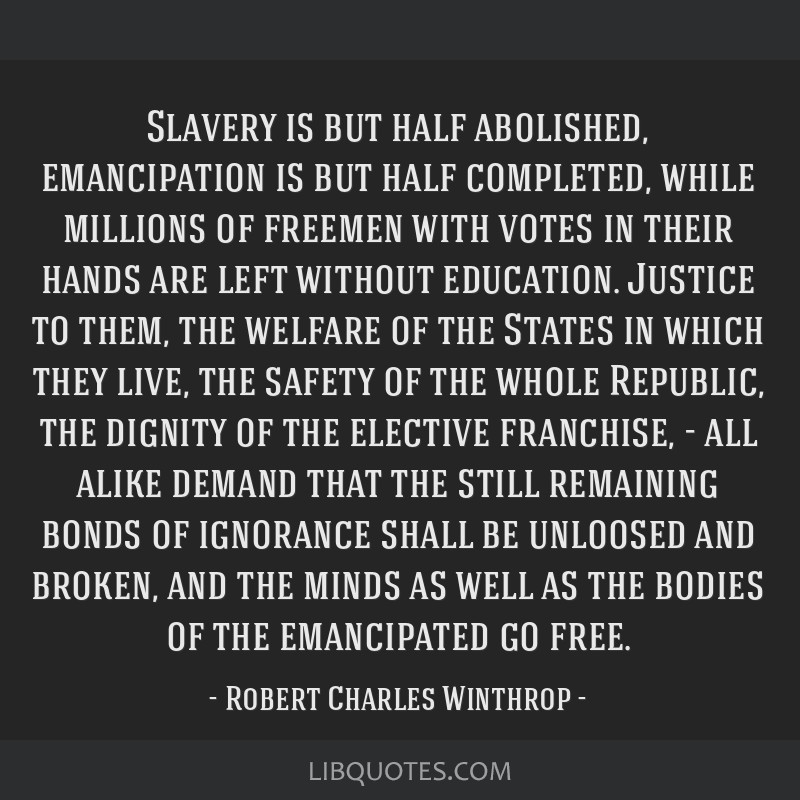 There are those who so dislike the nude that they find something indecent in the naked truth.
F. H. Bradley 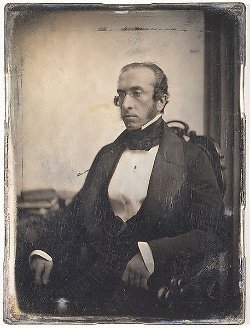