When he finished, he drank from the cup. Everyone else did too, so I followed suit. And nearly choked to death. It was like fire in liquid form. It took every ounce of strength I had to swallow it and not spray it on those around me. "Wh...what is this?" I asked, coughing. Viktoria grinned. "Vodka." I peered at the glass. "No, it isn't. I've had vodka before." "Not Russian vodka." Apparently not. 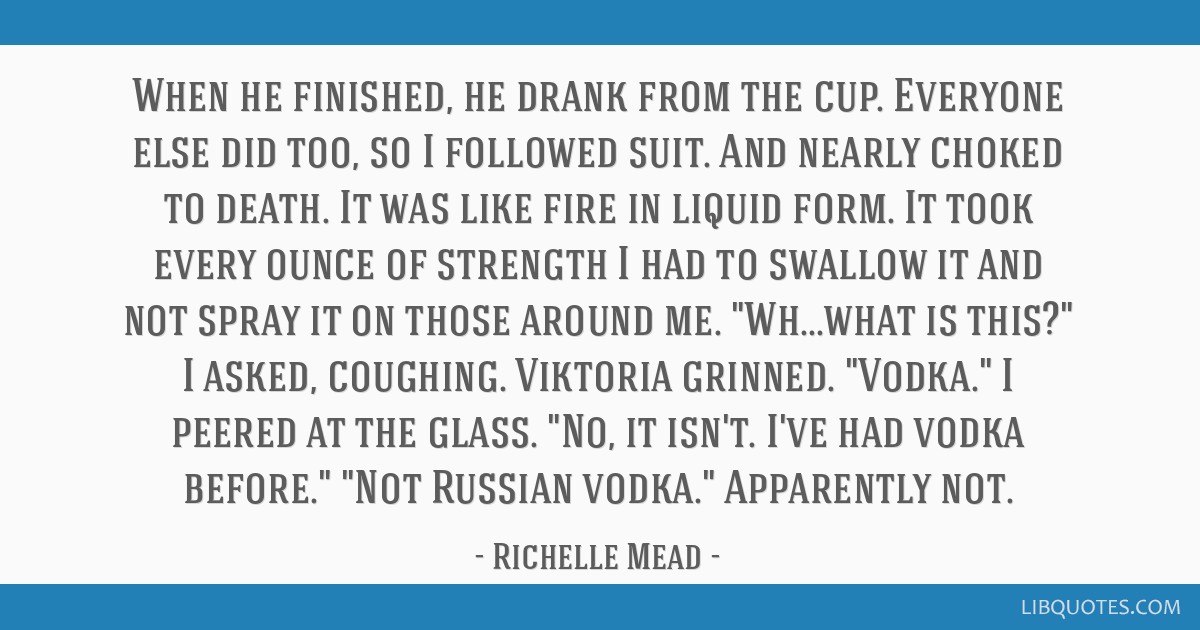 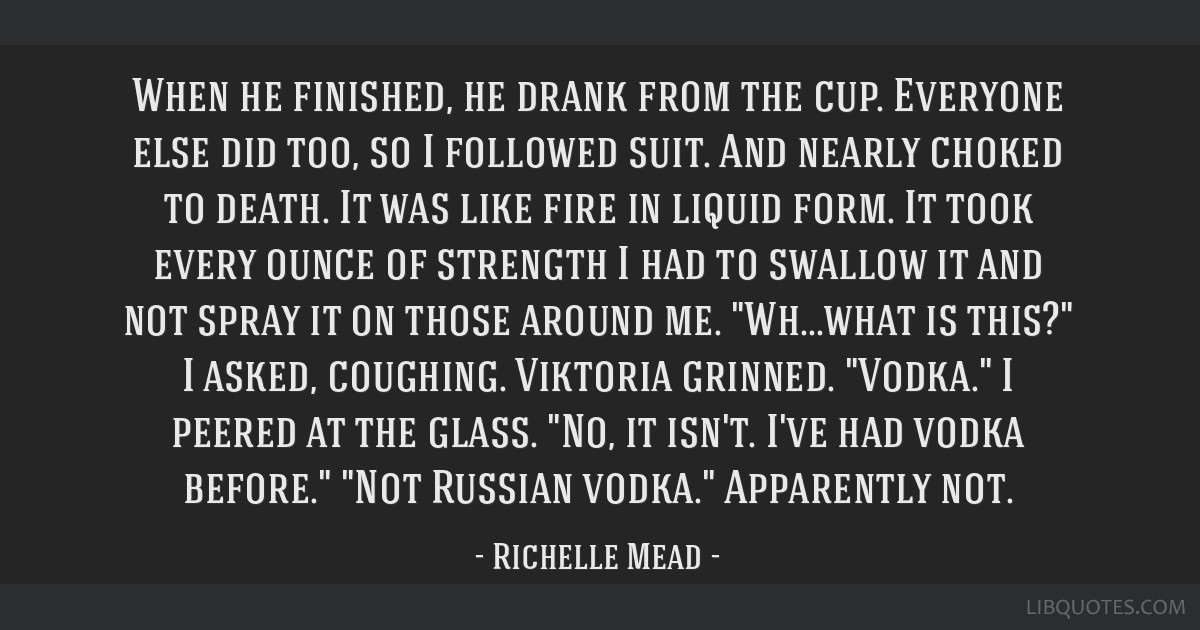 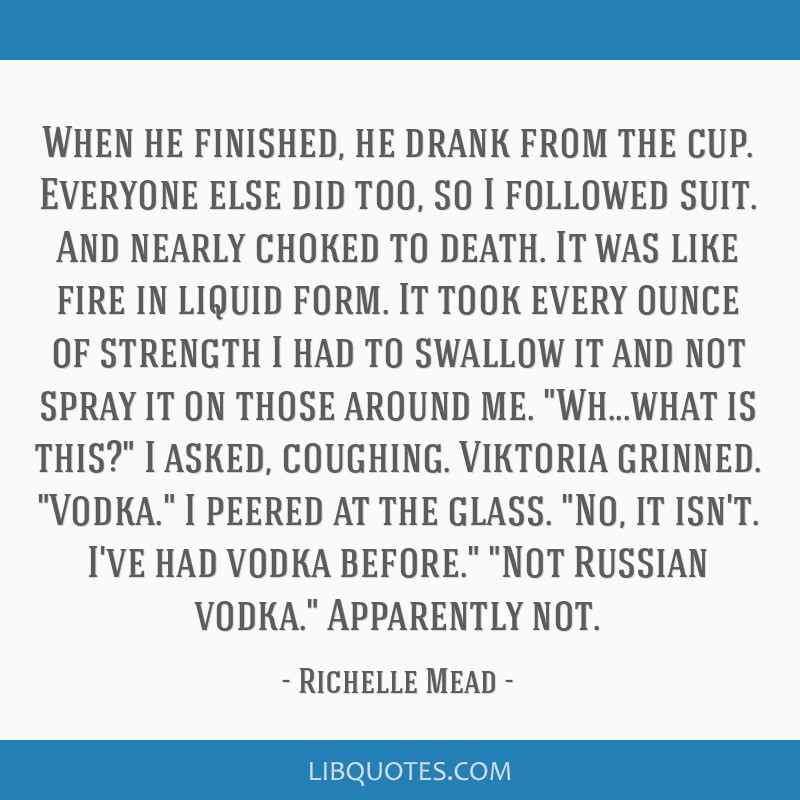 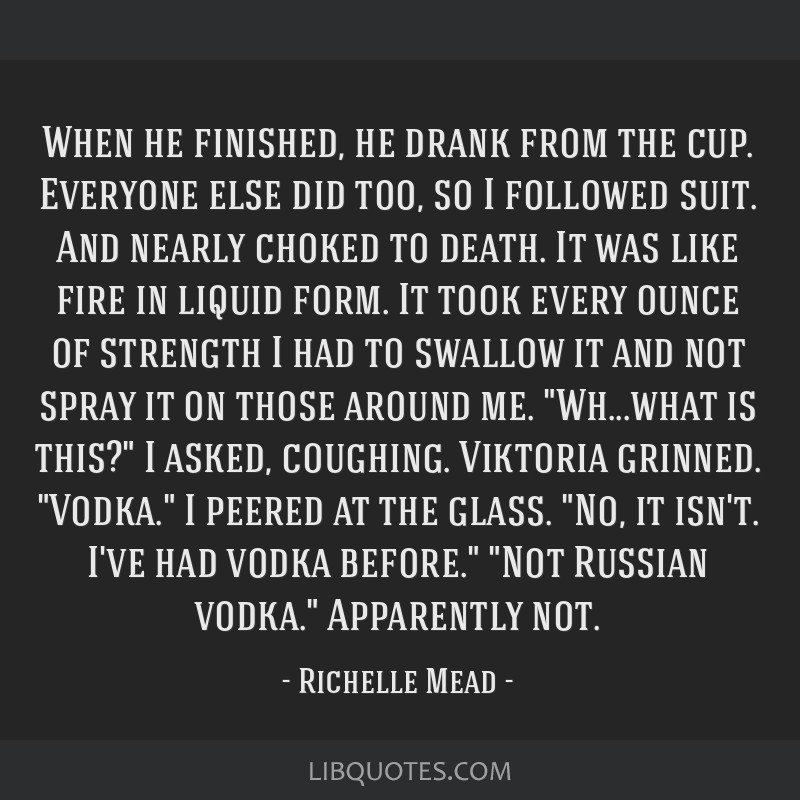 Russian Communism is the illegitimate child of Karl Marx and Catherine the Great.
Clement Attlee 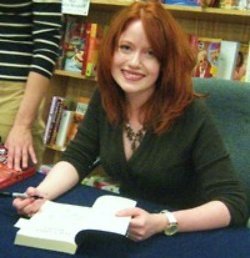