In the first place, economic theory provides a comparatively detailed specification of the demand relationships for individual consumers' goods, but is by no means so specific about the system into which these relationships fit. It would be possible to close the system in very many ways, and the precise way selected would influence the regression estimates in a model involving simultaneous equations.

Richard Stone
From 1931 to 1935, I was an undergraduate at Cambridge in my father's old college, Gonville and Caius, which was particularly strong in medicine and the law. However, after two years of law I switched to economics, much to my father's disappointment. At that time the world was in the depth of the great depression and my motive for wanting to change subject was the belief, bred of youthful ignorance and optimism, that if only economics were better understood, the world would be a better place.

Richard Stone
There is no hope, as far as I can see, of pushing the postulates of economic theory back to a set of irreducible axioms.

Richard Stone
In the second place, a system would involve more variables than those which may be supposed to enter into demand relationships, and so the preliminary work of estimating the necessary time series would also be increased. In the third place, in the simultaneous method of estimation the estimates of the original parameters come to depend on most of the remaining estimates, and so it is quite likely that they will have large sampling variances.

Richard Stone
Econometrics may be defined as the quantitative analysis of actual economic phenomena based on the concurrent development of theory and observation, related by appropriate methods of inference.

Richard Stone
We usually find a considerable degree of correlation between indicators and also between different sets of weights that we should ever think of using. Consequently we are likely to find that alternative index numbers using different weights show similar and often approximately proportionate movements. That this is so in most economic applications is due to the nature of the actual world and not simply to the formal characteristics of index number techniques.

Richard Stone
The usefulness of observation and measurement in testing economic theories arises because the theorems of economics are supposed to relate to the actual world... Any economic theorem rigorously deduced from given postulates may be regarded as a hypothesis about the actual world which xperience may show to be false.

Richard Stone
I have tried to make clear in this brief sketch of the nature of deductively formulated theories, at least as they occur in economics, that, although their origin lies in common observation and introspection, nevertheless they are capable of a purely mathematical development through the exact statement of a of a set of postulates which, however, since they must inevitably contain assumptions about human behaviour, require to be tested by reference to actual events. 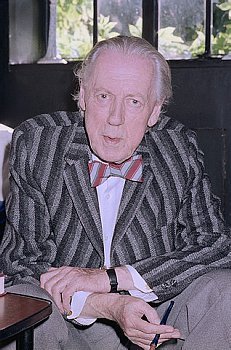 Wikipedia
Born: August 30, 1913
Died: December 6, 1991 (aged 78)
Bio: Sir John Richard Nicholas Stone was an eminent British economist, who in 1984 received the Nobel Memorial Prize in Economic Sciences for developing an accounting model that could be used to track economic activities on a national and, later, an international scale.
Known for: