My reaction to creative capitalism as lauded by Bill Gates, Warren Buffett, Michael Kinsley, and (somewhat to my surprise), Professor Glaeser of the Harvard Economics Department is a skeptical one. The embrace of massive corporate charity, the criticism of capitalism by its greatest beneficiaries, and the frequent resort by the advocates of creative capitalism to platitudes (such as: the world is getting better, but not fast enough and not for everyone ; today's miracles of technology only benefit those who can afford them ; economic demand is not the same as economic need), along with the vagueness of the term itself, leave me with an uncomfortable feeling. 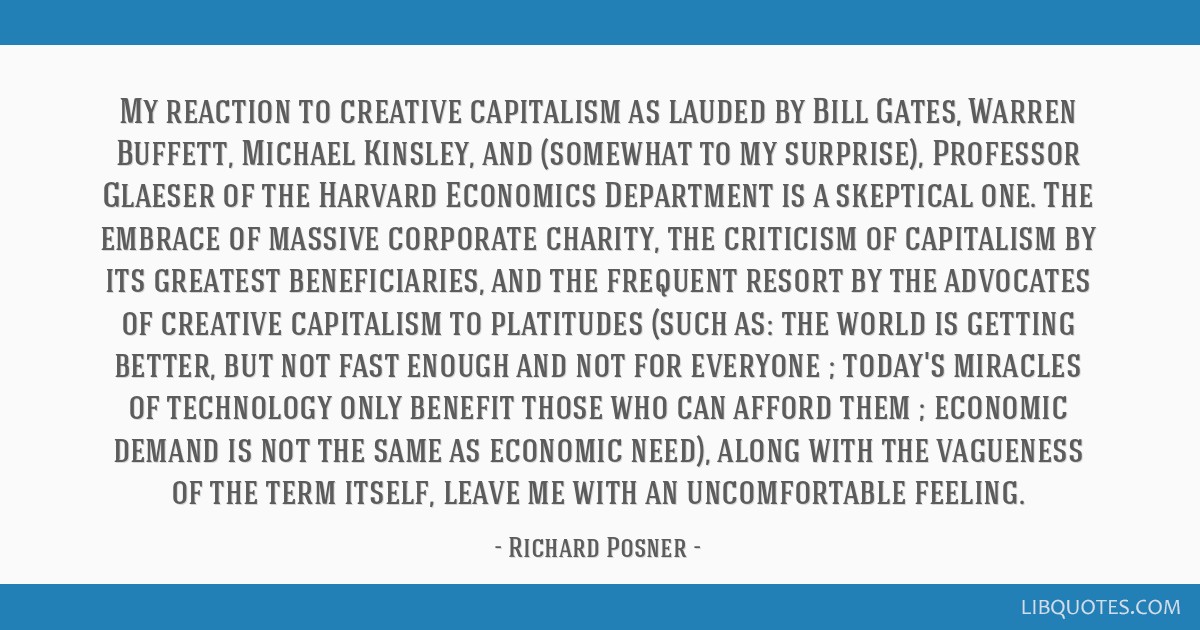 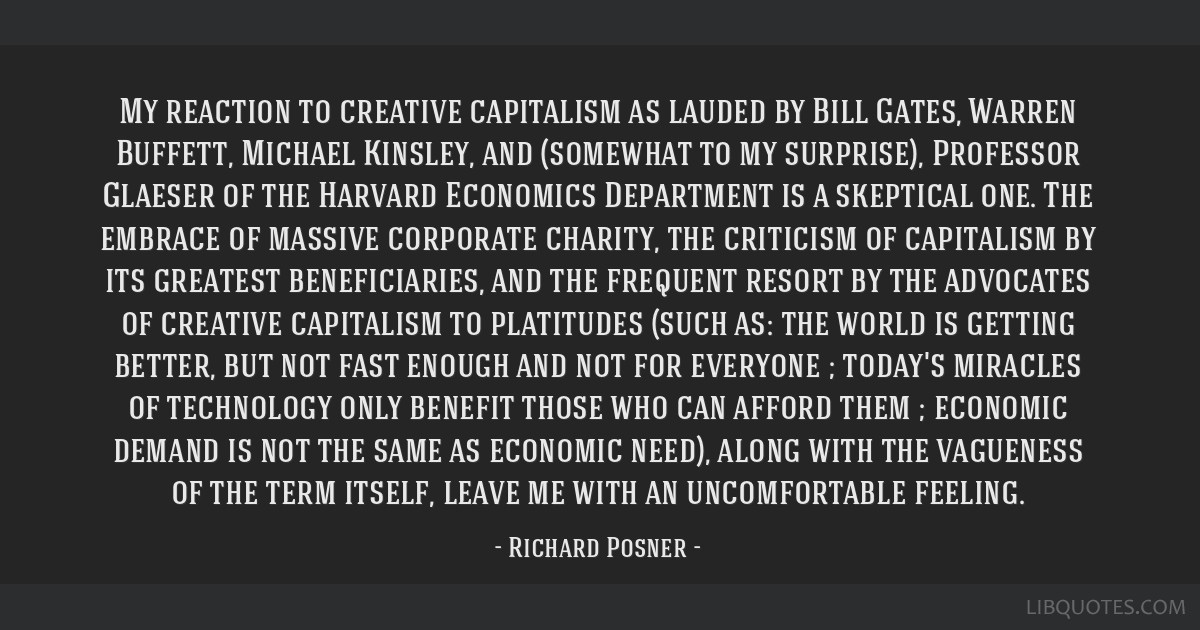 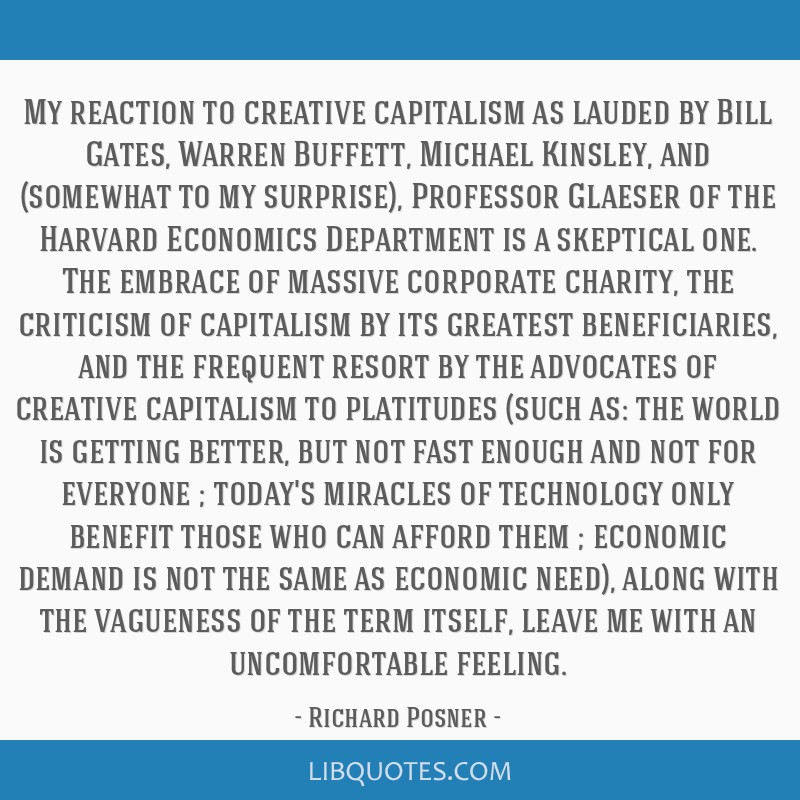 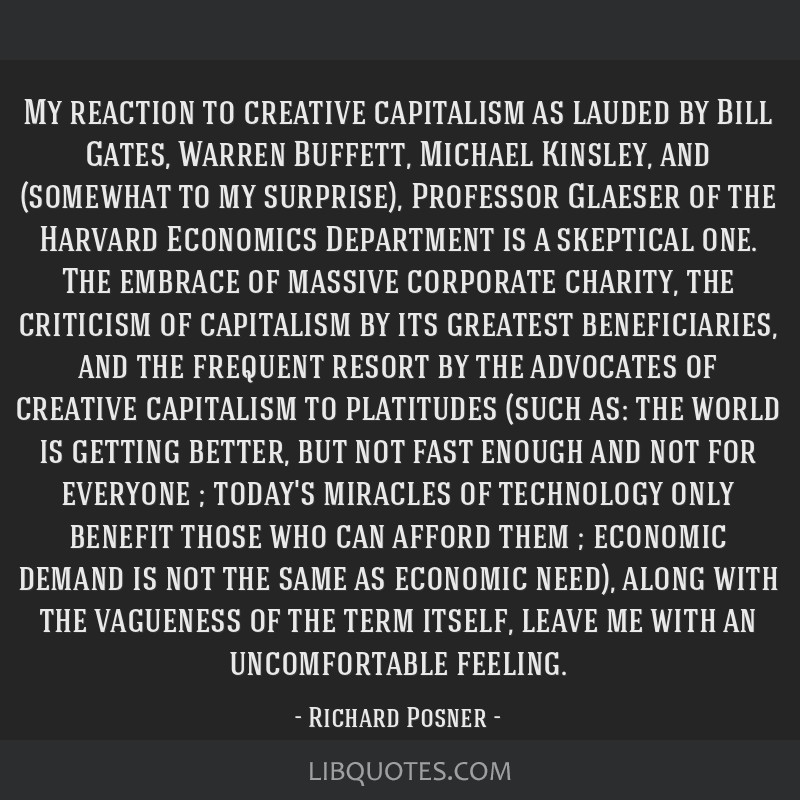 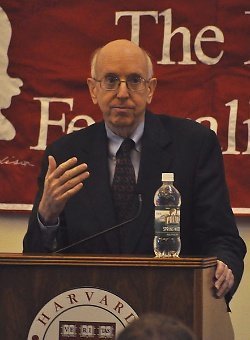