The three totalitarian regimes differed in several respects… What joined them, however, was much more important than what separated them. First and foremost it was the common enemy: liberal democracy with its multiparty system, its respect for law and property, its ideal of peace and stability. Lenin's, Mussolini's and Hitler's fulminations against 'bourgeois democracy' and the Social Democrats are entirely interchangeable. 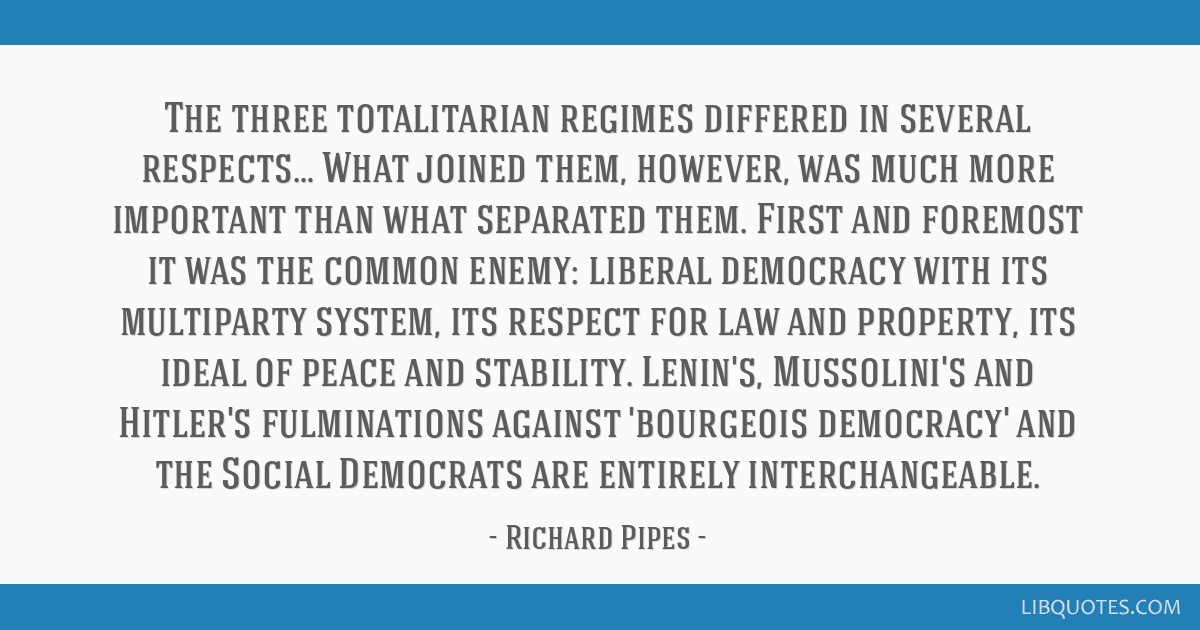 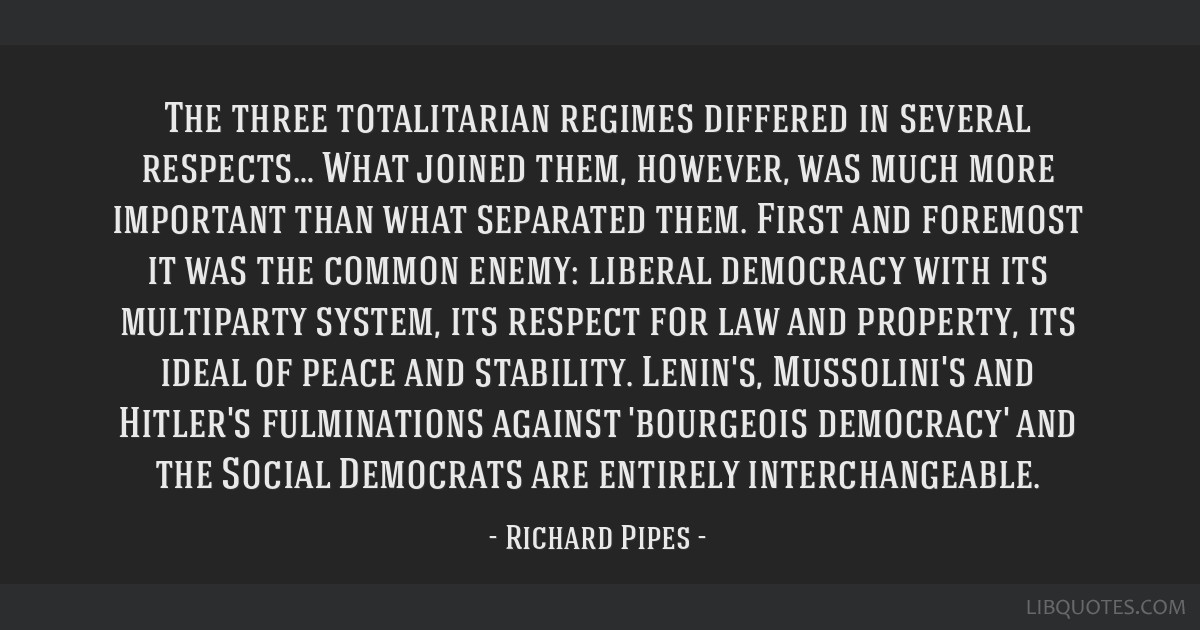 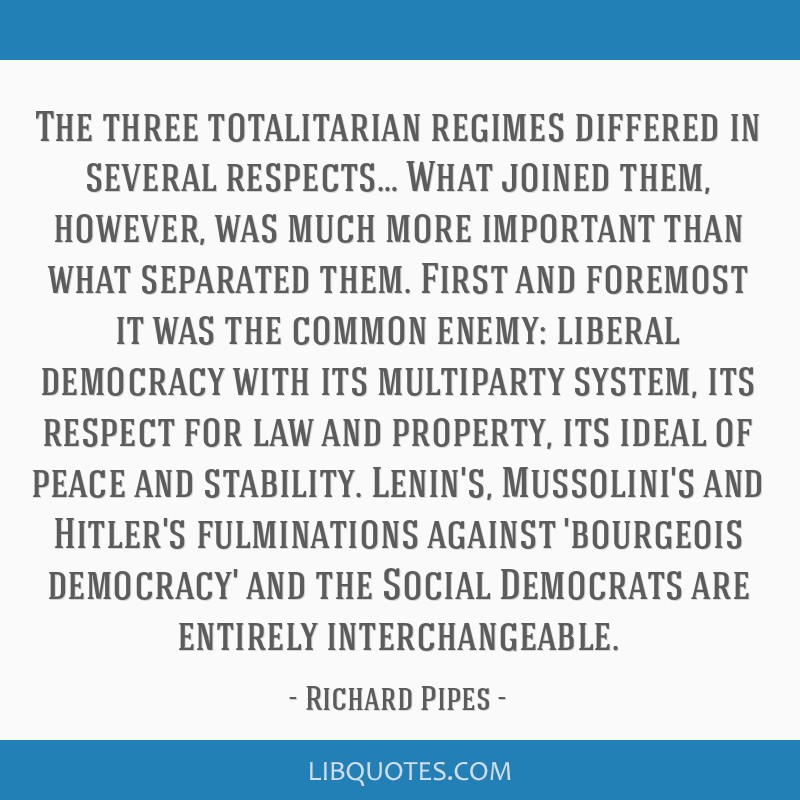 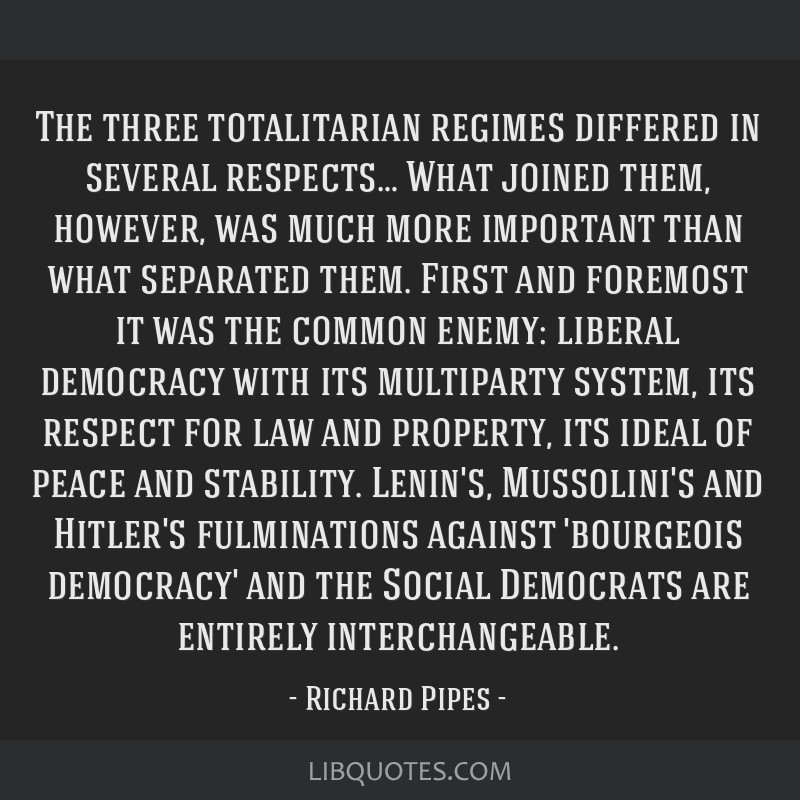