Last but not least, the factor which prevented Trotsky from succeeding Lenin was his Jewishness. Trotsky hated to be reminded that he was a Jew. Whenever anybody come to him asking him to help other Jews, he would explode in anger and insist that he was not a Jew but an 'internationalist.' On one occasion he said that the fate of the Jews concerned him as little as the fate of the Bulgarians. 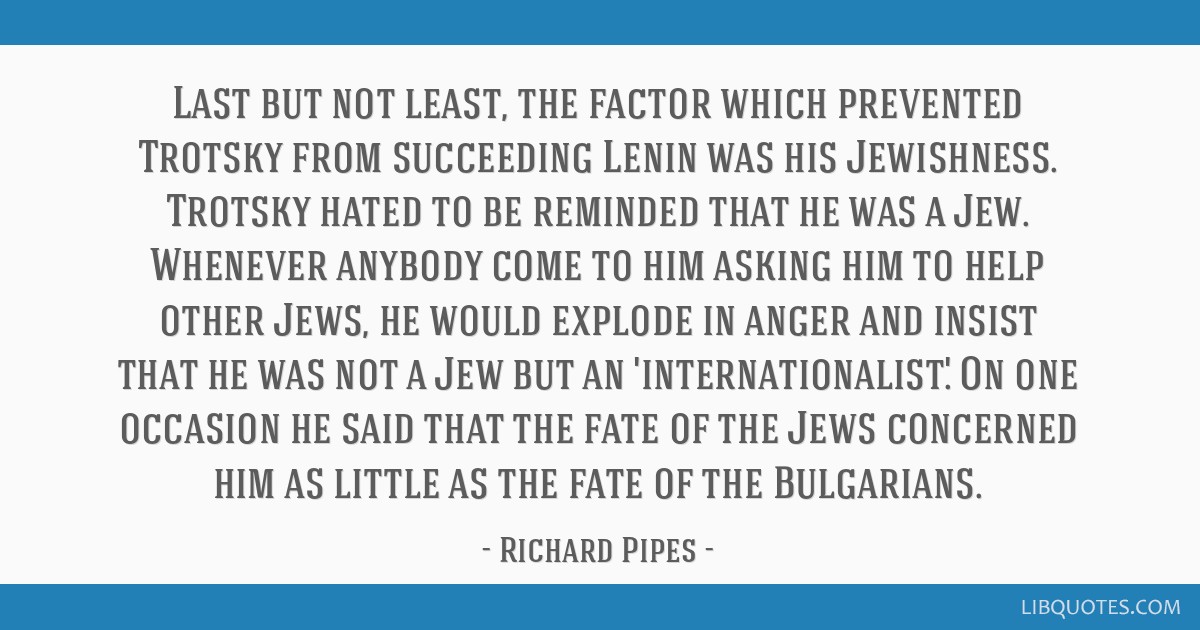 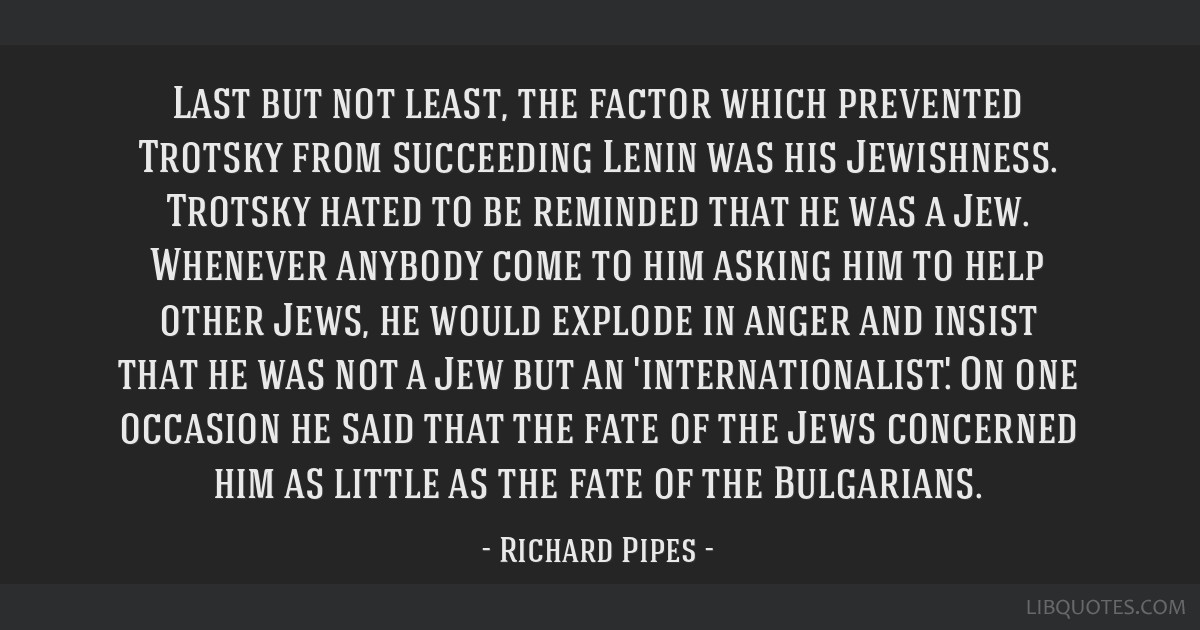 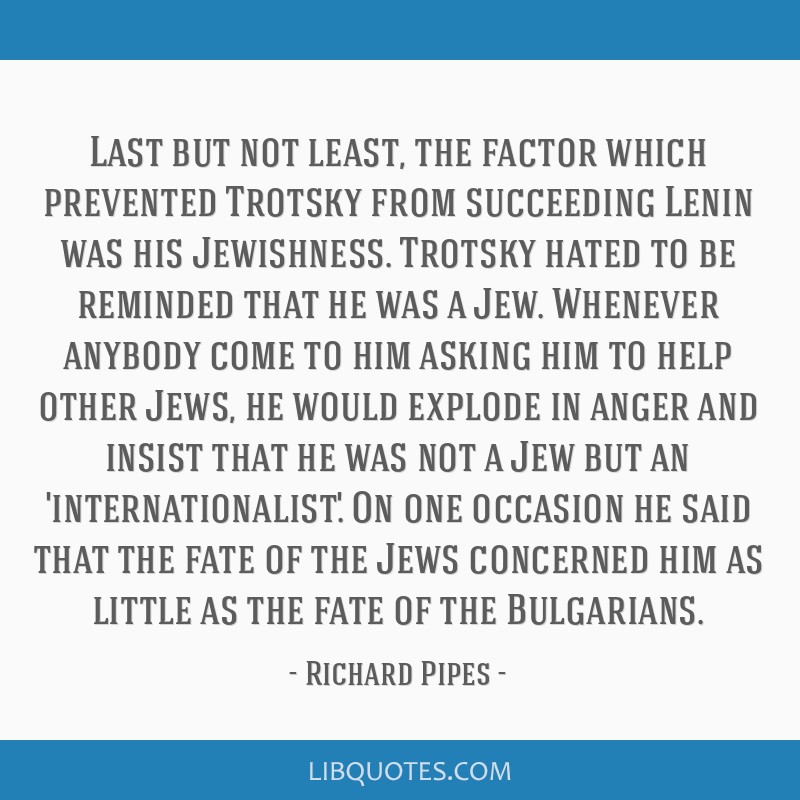 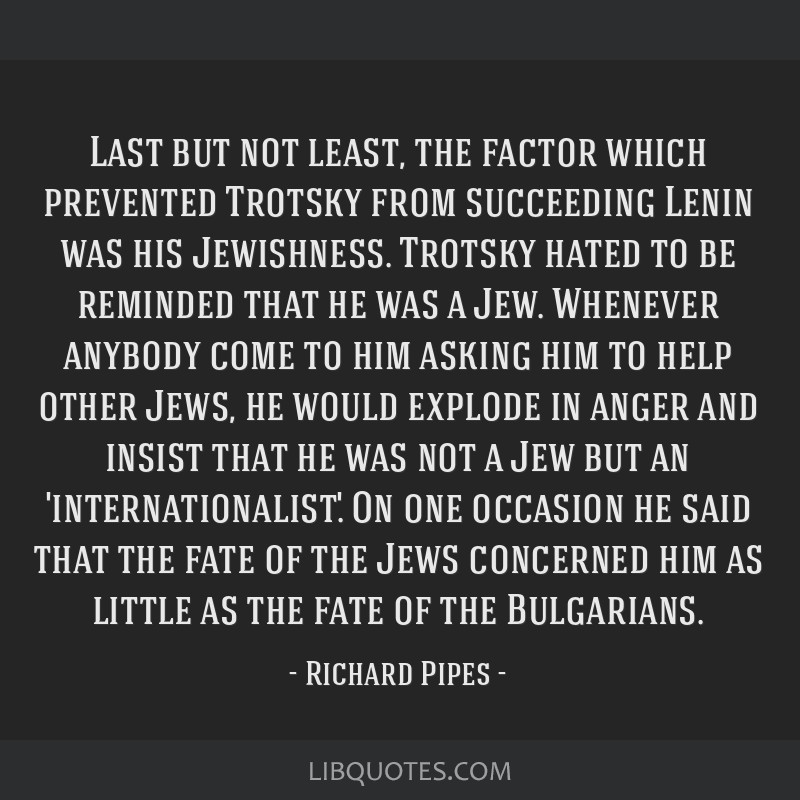