One channel for transmitting Communist models to the Nazi movement were right-wing intellectuals with a left-wing bent close to Hitler, known as the 'National Bolsheviks.' Their chief theoreticians, Joseph Goebbels and Otto Strasser, greatly impressed by Bolshevik successes in Russia, wanted Germany to help Soviet Russia build up her economy in return for her political support against France and England. 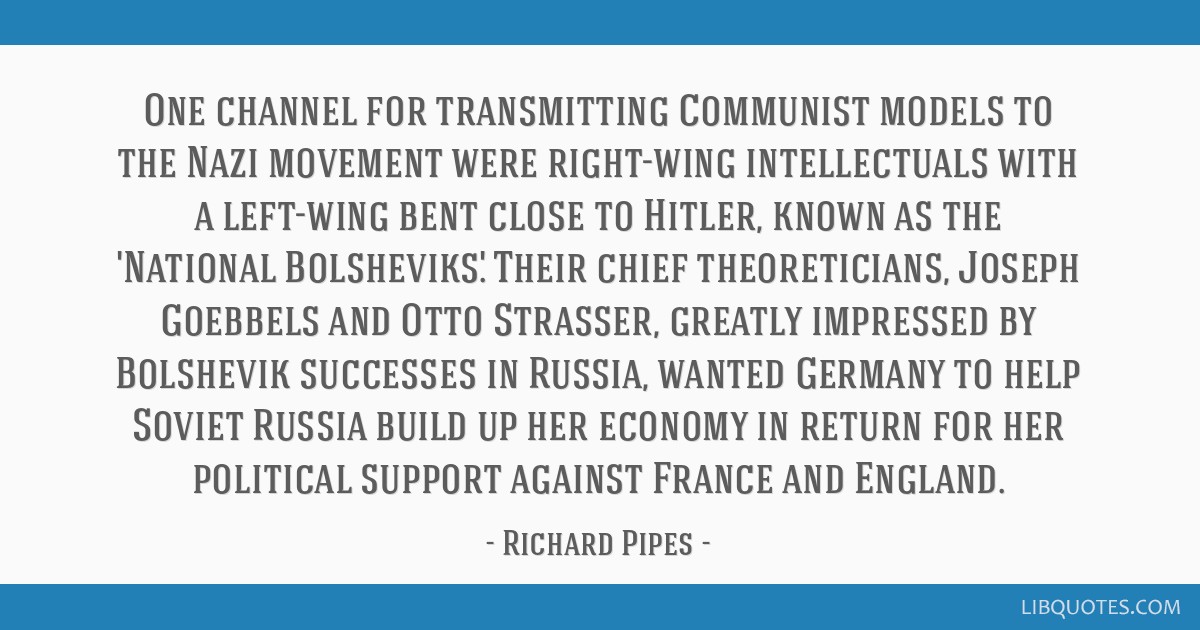 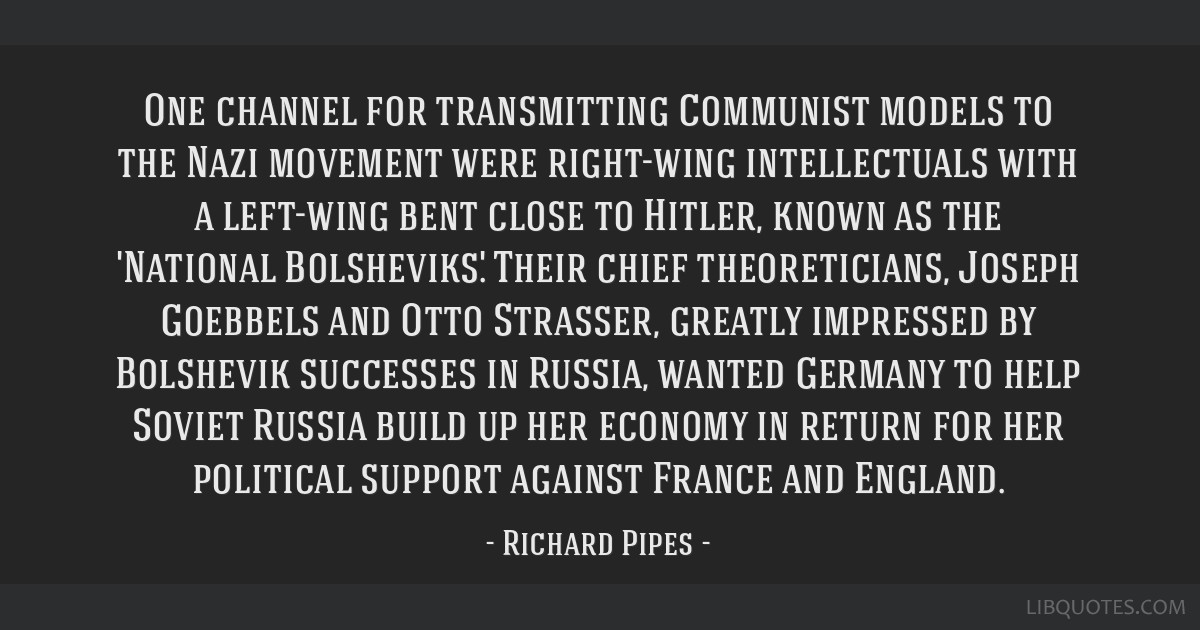 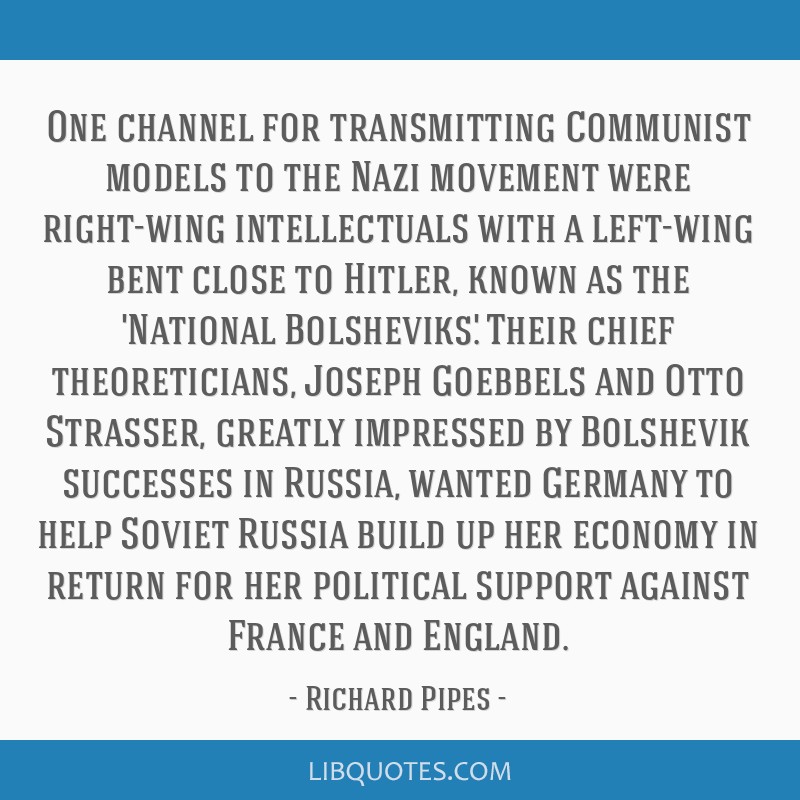 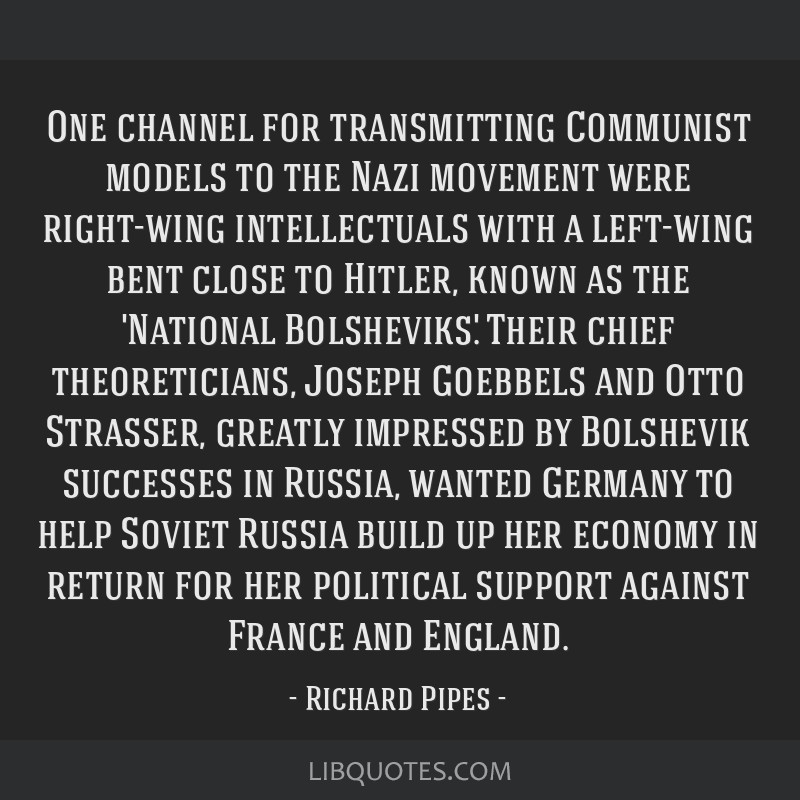