The economic policies of Mussolini's Italy and Hitler's Germany resembled the 'state socialism' which Lenin wanted to institute in Soviet Union upon coming to power, under which private enterprise would work for the government—an idea Lenin was force to abandon under the pressure of the 'Left Communists'. 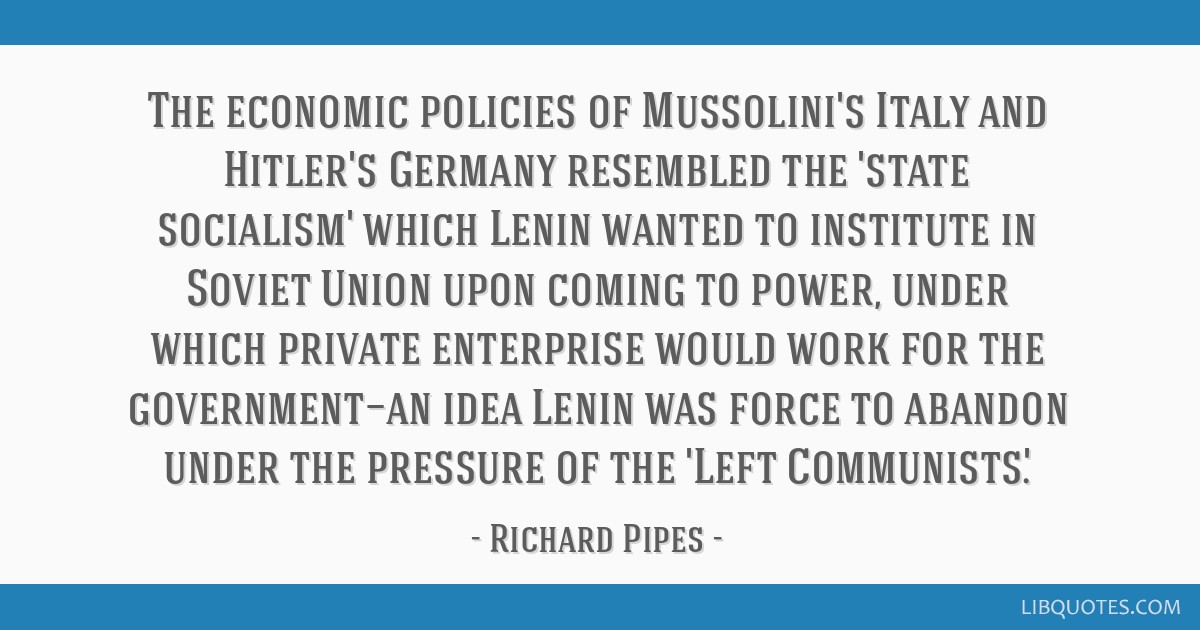 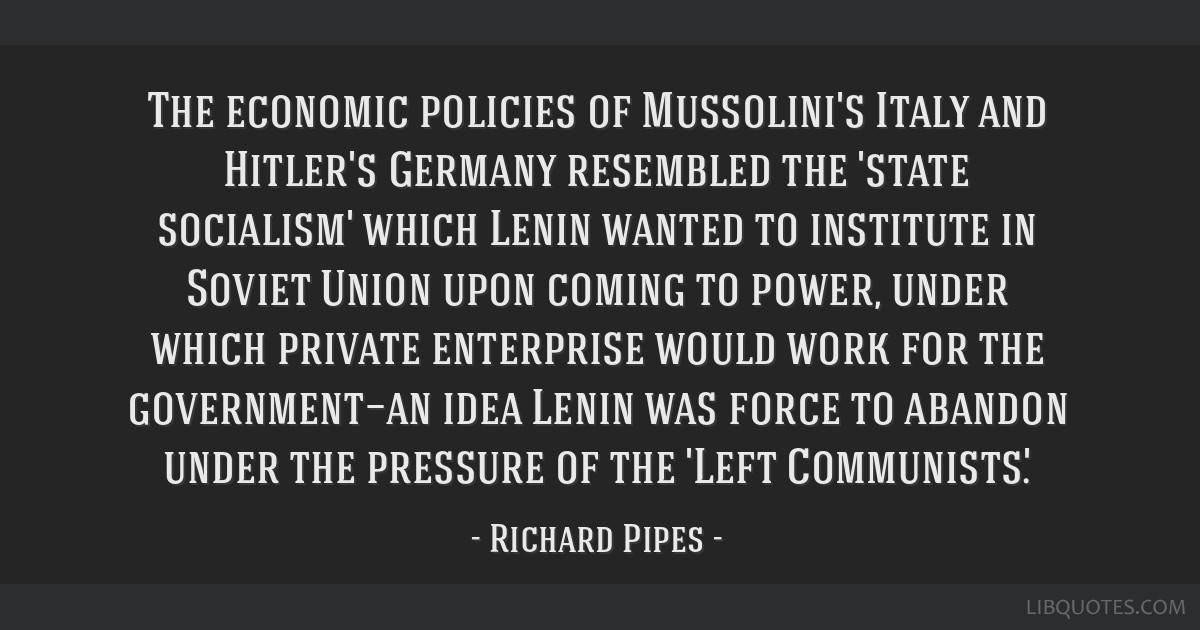 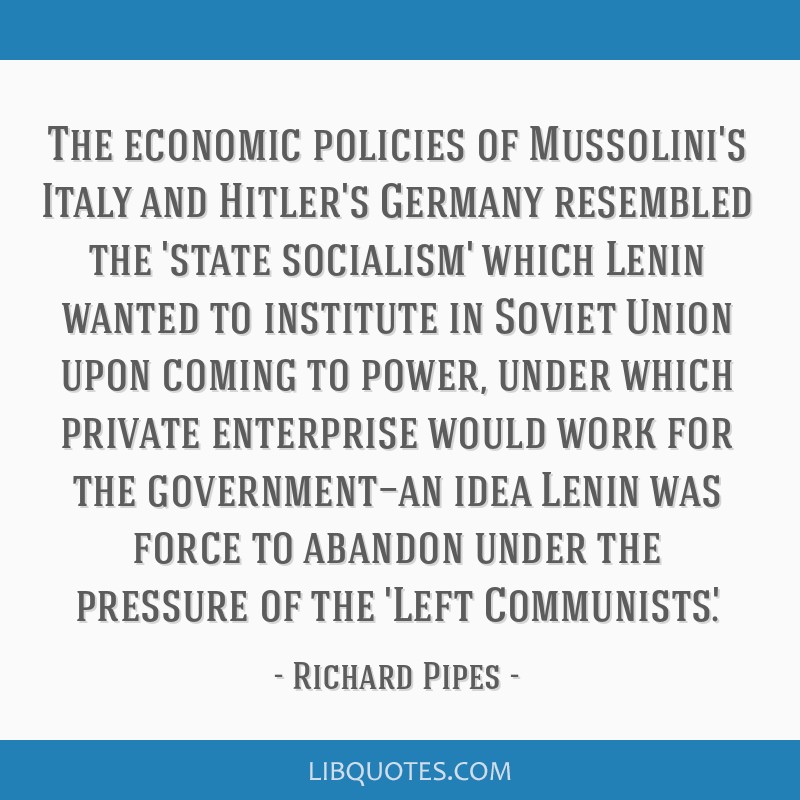 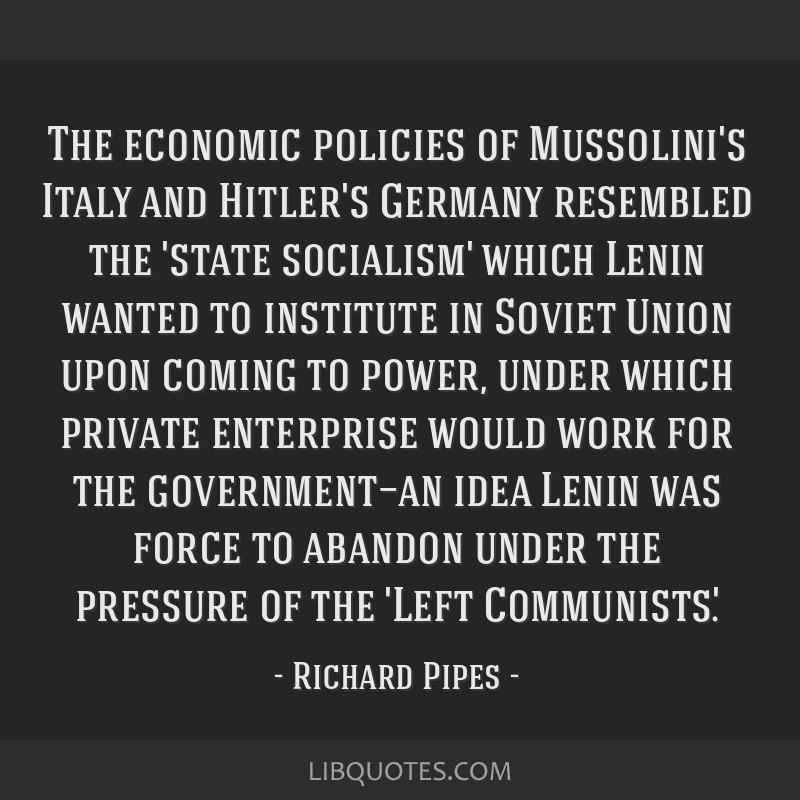