From 1920 onward, [Mussolini] depicted Italy as a 'proletarian' nation exploited by hostile 'plutocratic' countries determined to deny her her rightful place under the sun. The true class struggle, according to Fascist doctrine, was the struggle between nations. Fascism strove to surmount narrow class allegiances: all classes had to subordinate their private interests to those of the nation and collaborate against the external enemy. 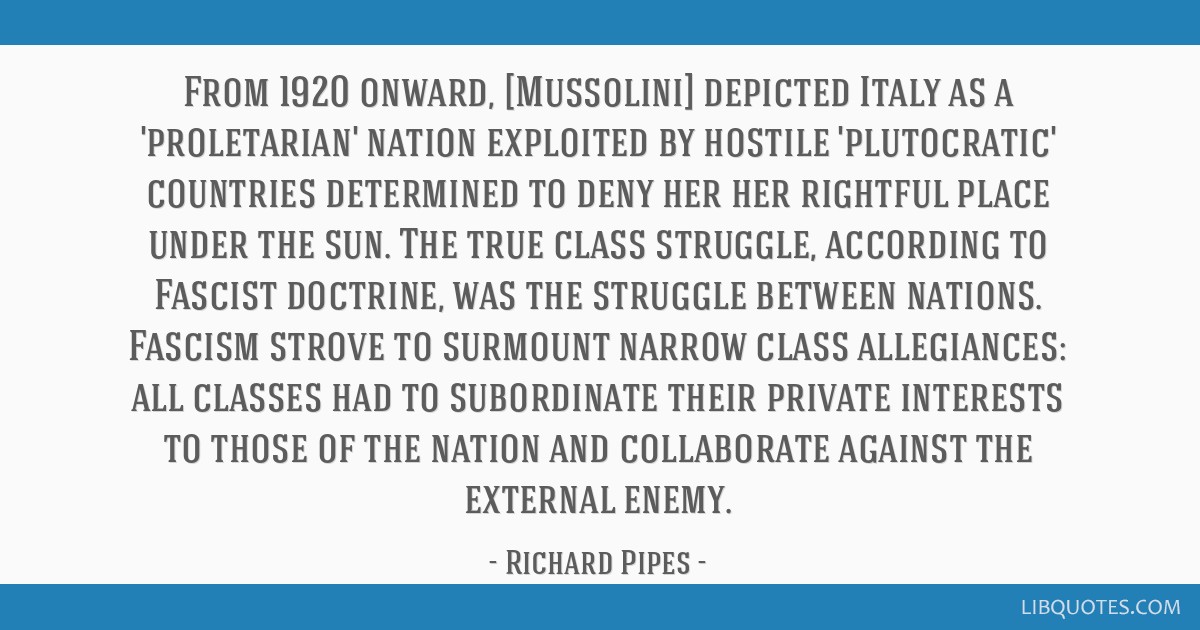 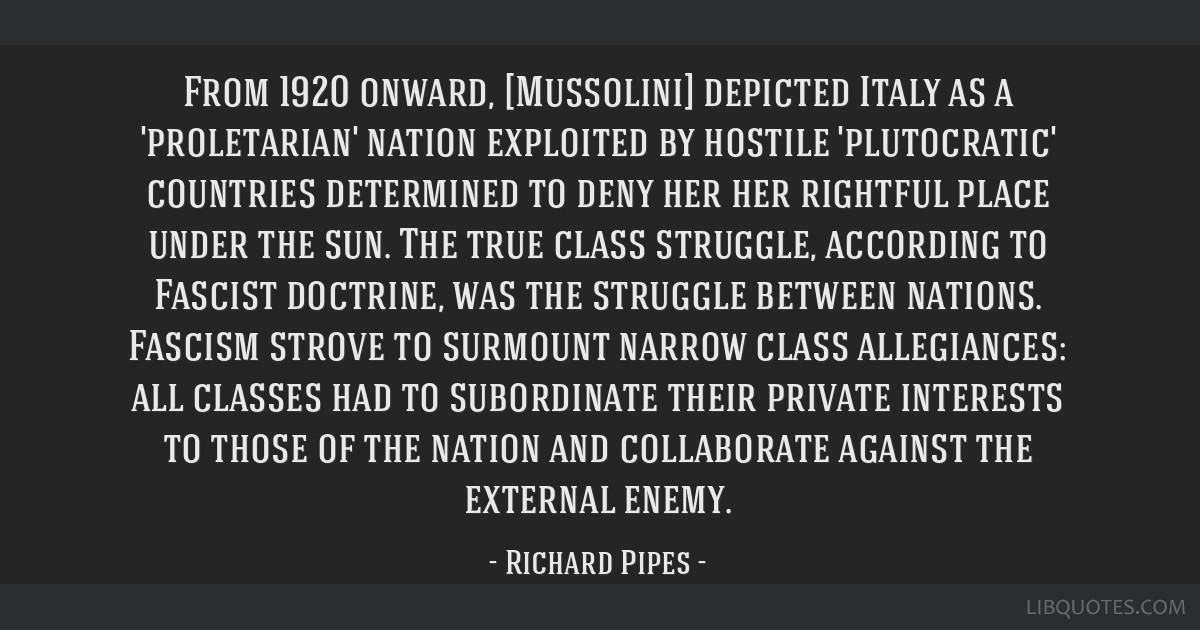 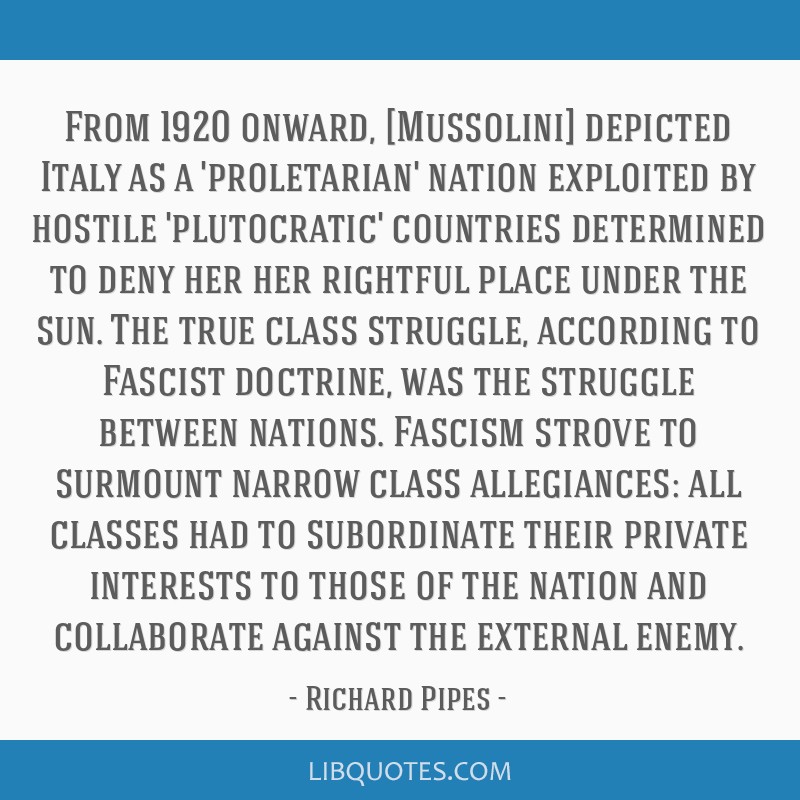 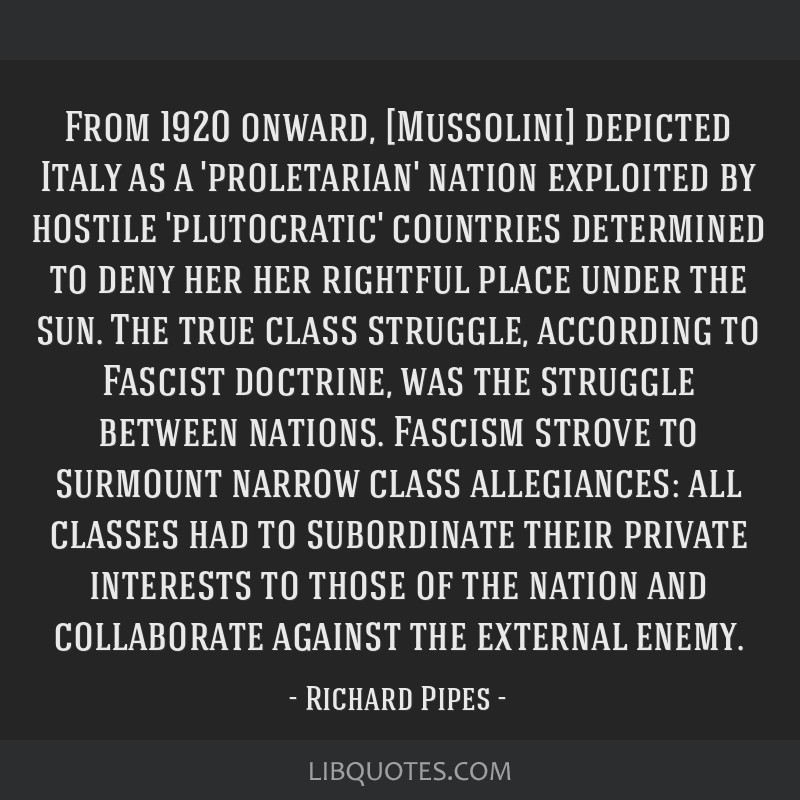