Because he did not care about his country, Lenin was prepared to promise everybody whatever they wanted without giving much thought to the future. The peasants wanted private land for their communes? Let them take it: eventually all the land will be confiscated and collectivized anyway. Until then, 'looting the loot' will win over, or at least neutralize, the peasantry. The workers demand to run the factories? Even though 'workers' control is a detestable syndico-anarchist slogan, there is no harm in granting their desires—for the time being. Once industries have been nationalized and subjected to general economic plan of production, 'workers' control' will vanish of itself. 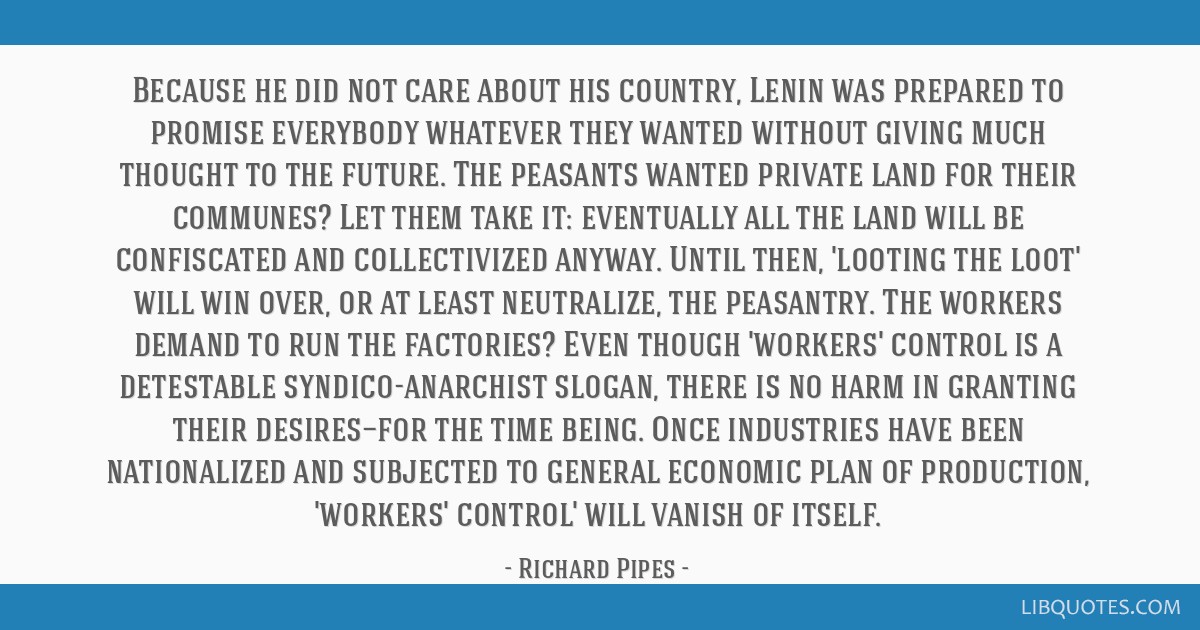 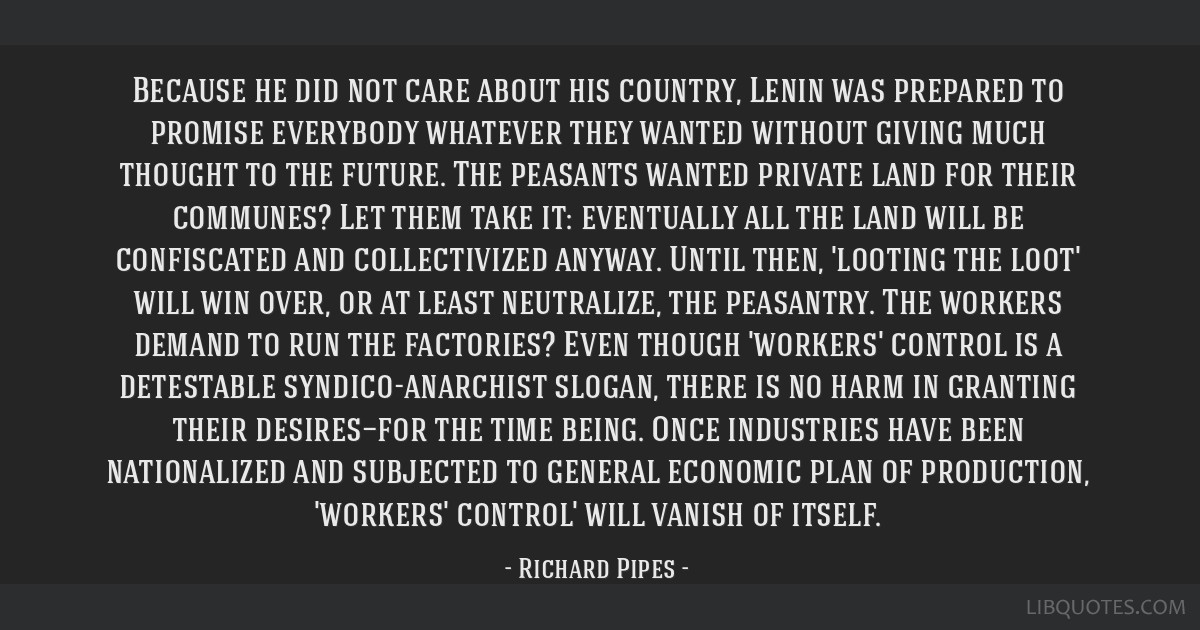 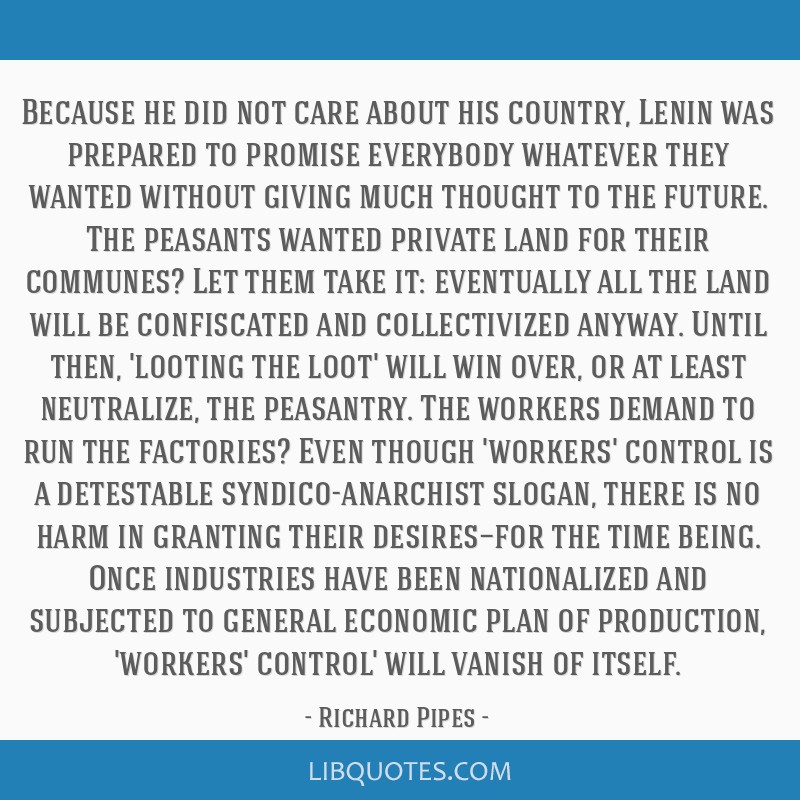 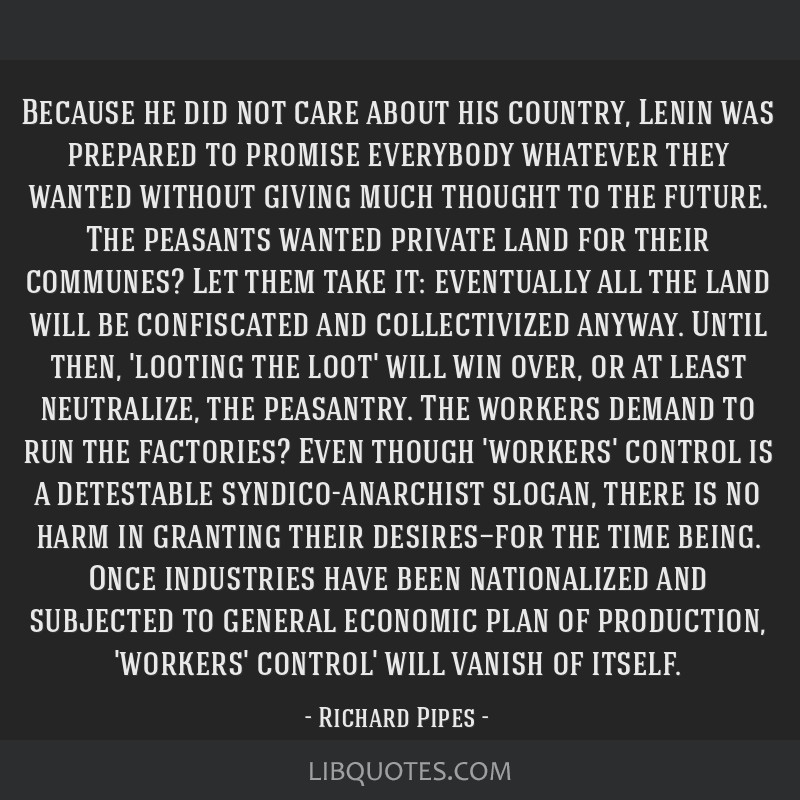