Being controversial in politics is inevitable. If an individual wants to be a leader and isn't controversial, that means he never stood for anything. In the world today, there are not many good choices—only choices between the half-good and the less half-good.

Cited in Nick Thimmesch's "An interview with Nixon: 'Defeated, but not finished'" (Chicago Tribune, December 11, 1978). 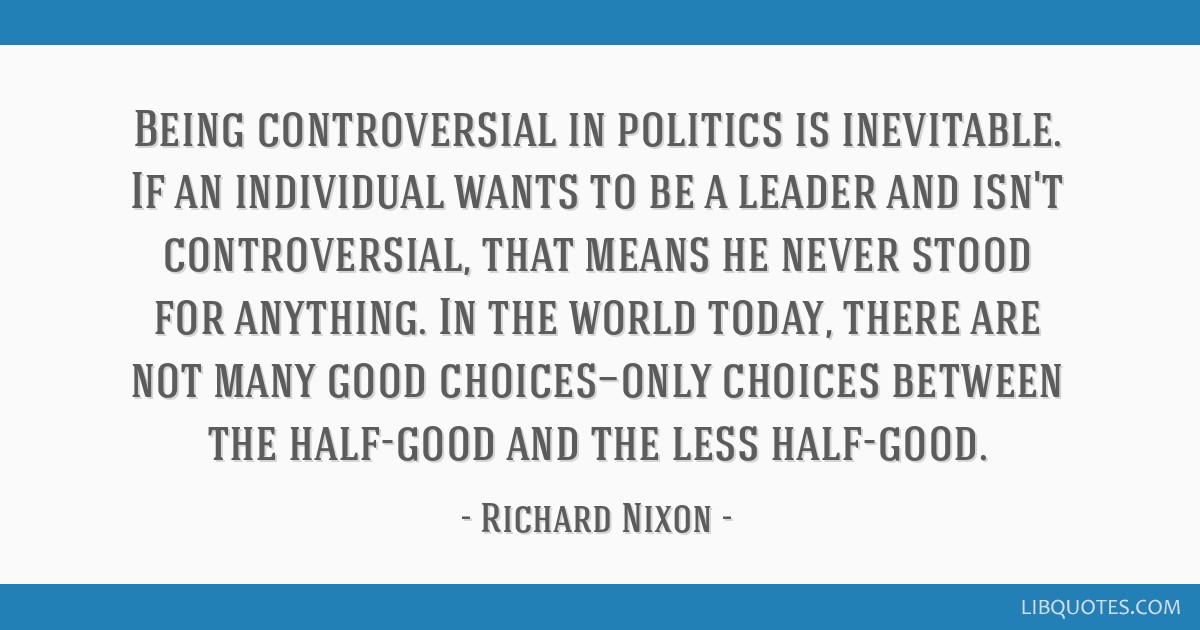 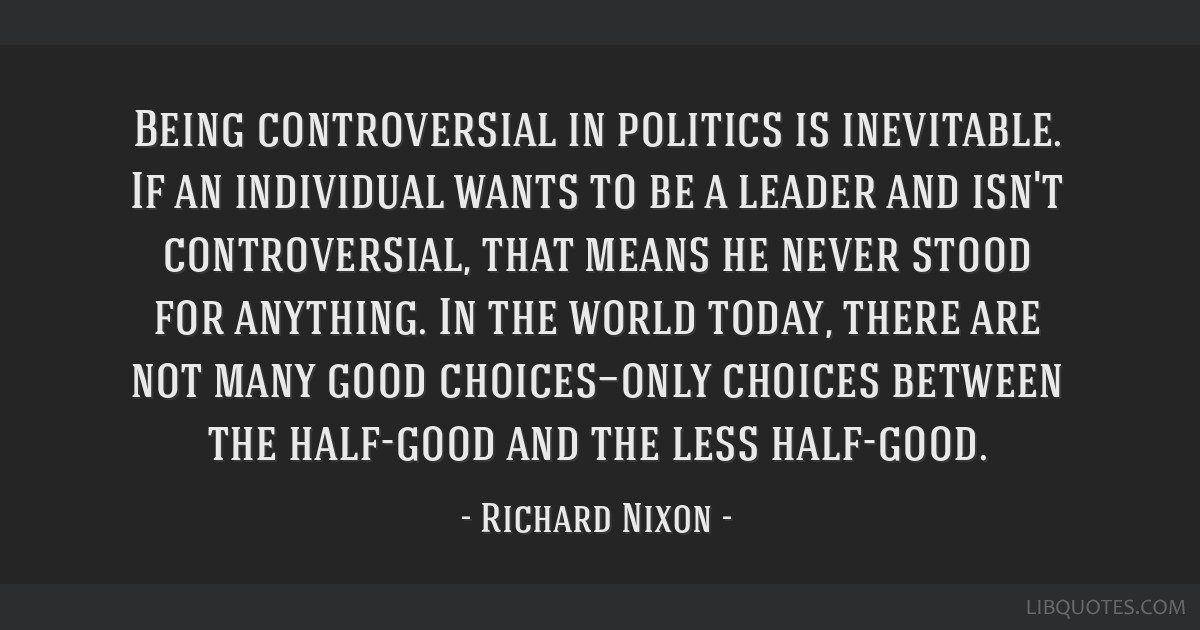 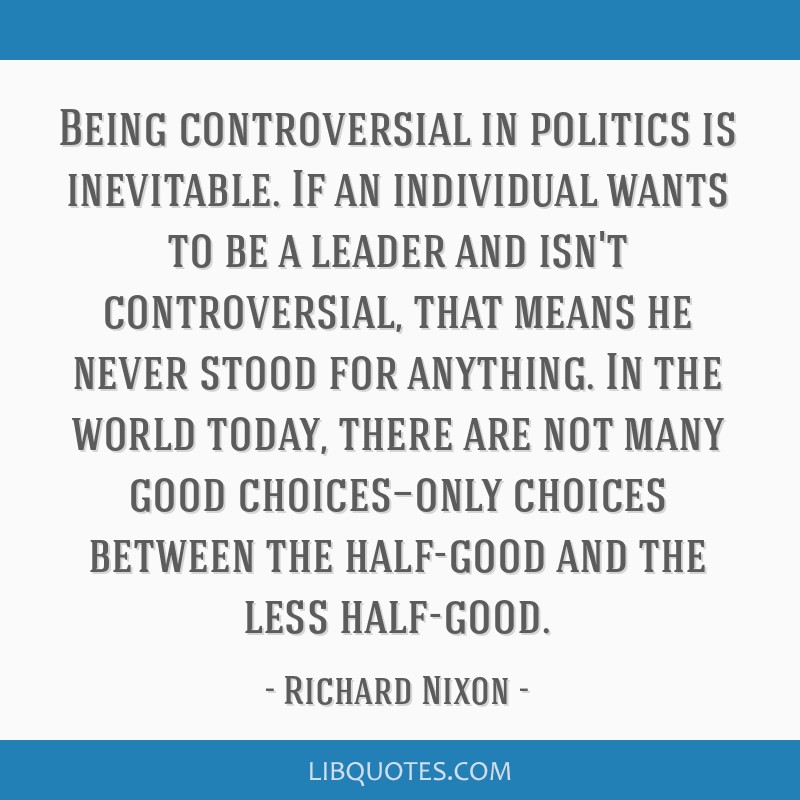 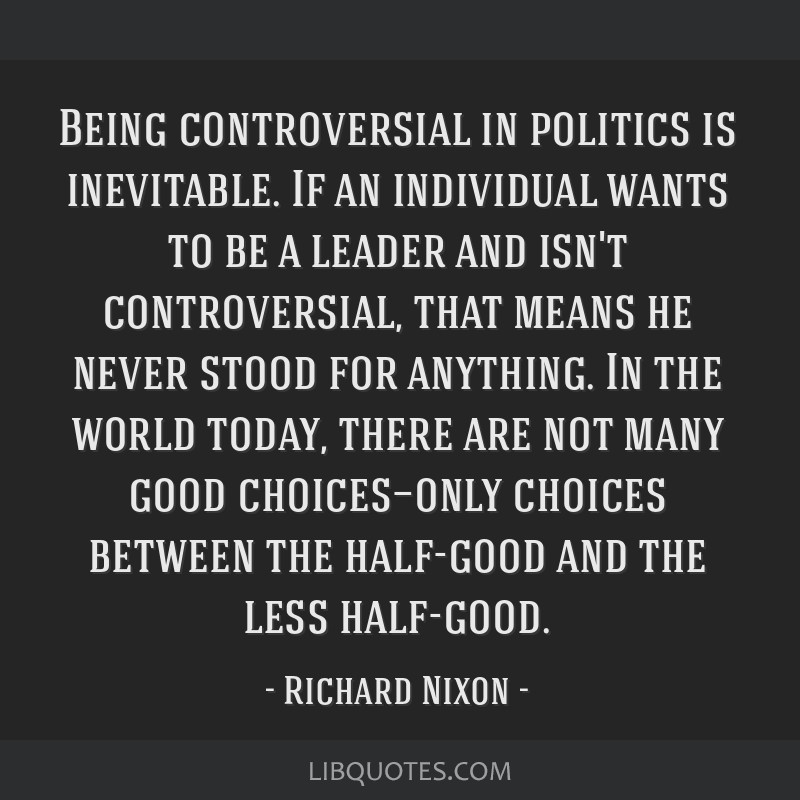