I very firmly believe that what unites America today is infinitely more important than those things which divide us. We are united Americans—North, East, West, and South, both parties—in our desire for peace, peace with honor, the kind of a peace that will last, and we are moving swiftly toward that great goal, not just in Vietnam, but a new era of peace in which the old relationships between the two super powers, the Soviet Union and the United States, and between the world's most populous nation, the People's Republic of China, and the United States, are changed so that we are on the eve of what could be the greatest generation of peace, true peace for the whole world, that man has ever known.

Remarks on Being Reelected to the Presidency (November 7, 1972) 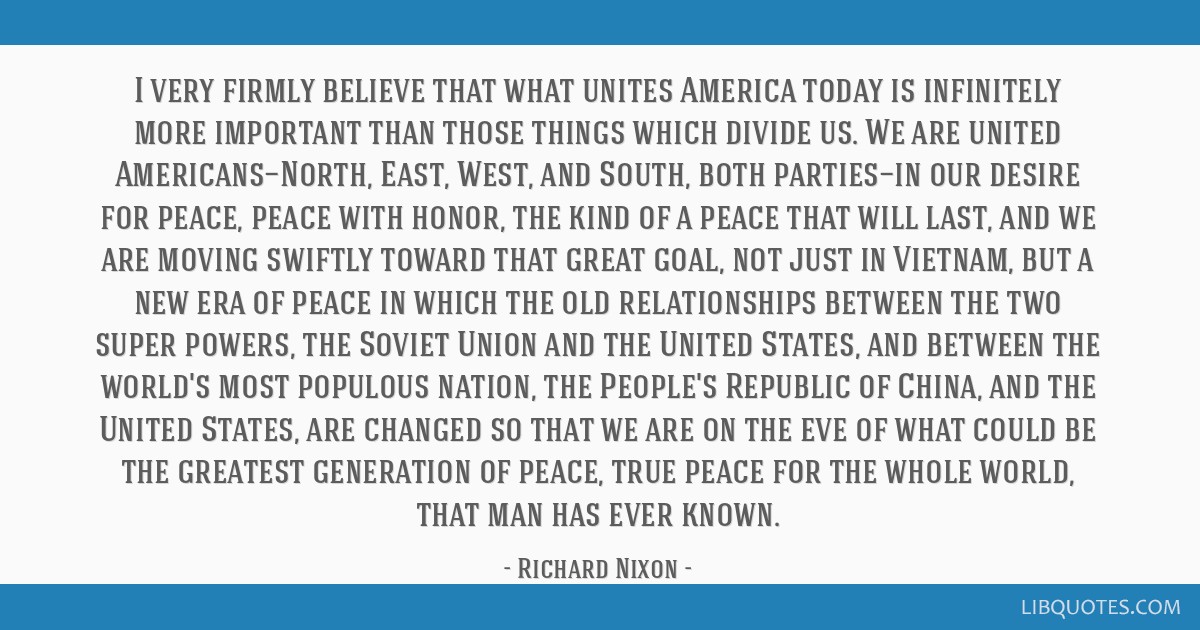 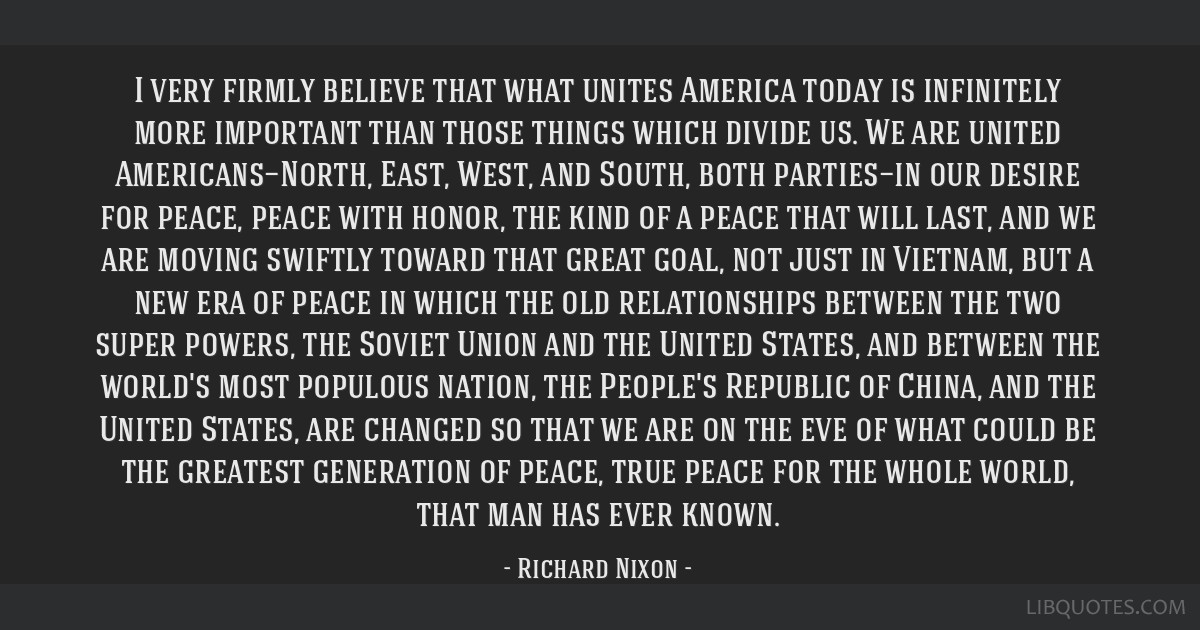 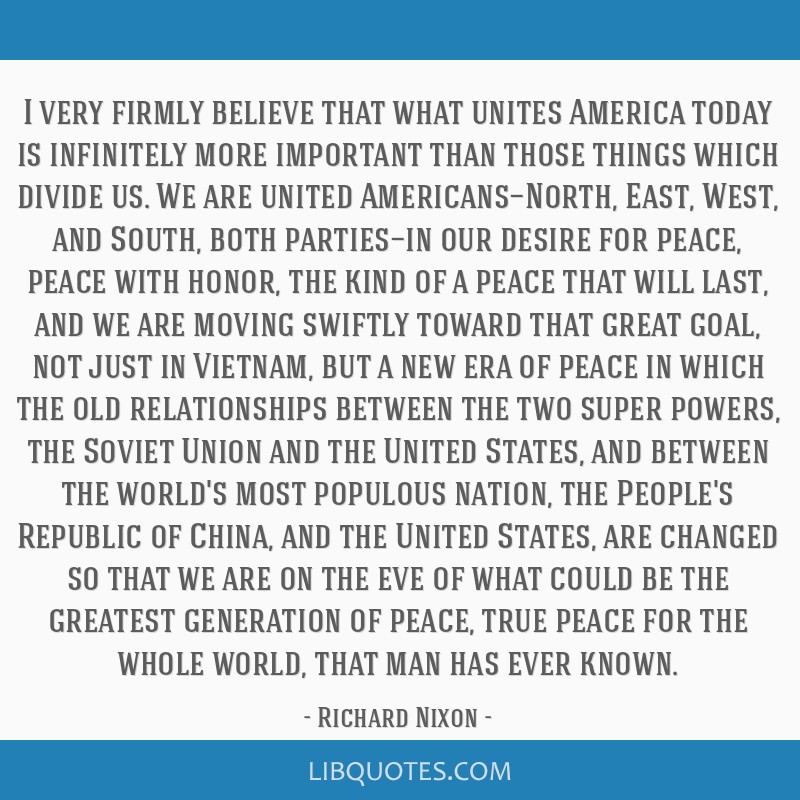 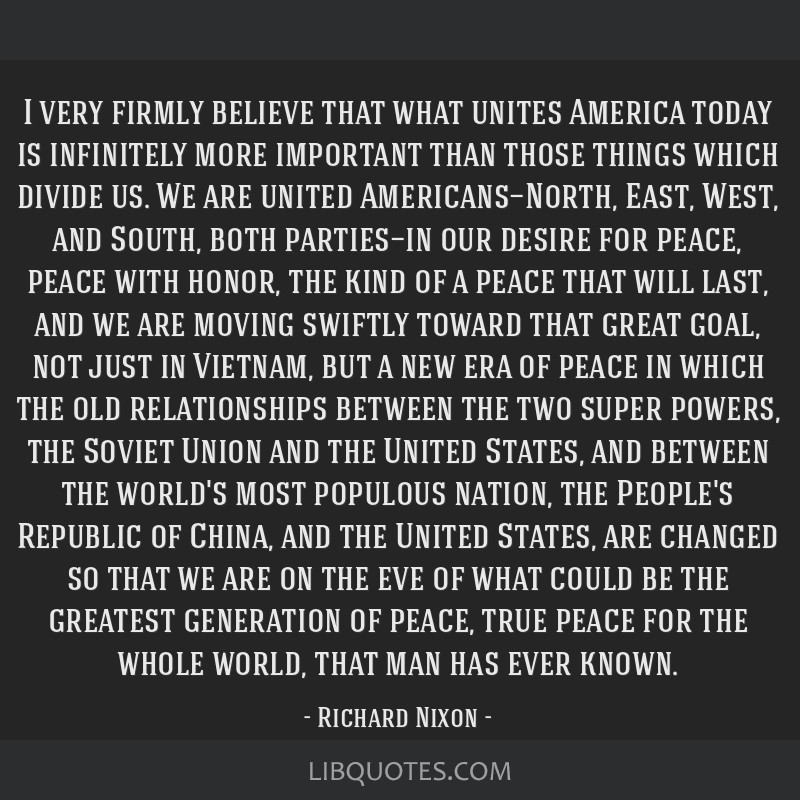