But it's not just the ratty part of town. The upper class in San Francisco is that way. The Bohemian Grove, which I attend from time to time—it is the most faggy goddamned thing you could ever imagine, with that San Francisco crowd. I can't shake hands with anybody from San Francisco. Decorators. They got to do something. But we don't have to glorify it. You know one of the reasons fashions have made women look so terrible is because the goddamned designers hate women. Designers taking it out on the women. Now they're trying to get some more sexy things coming on again. 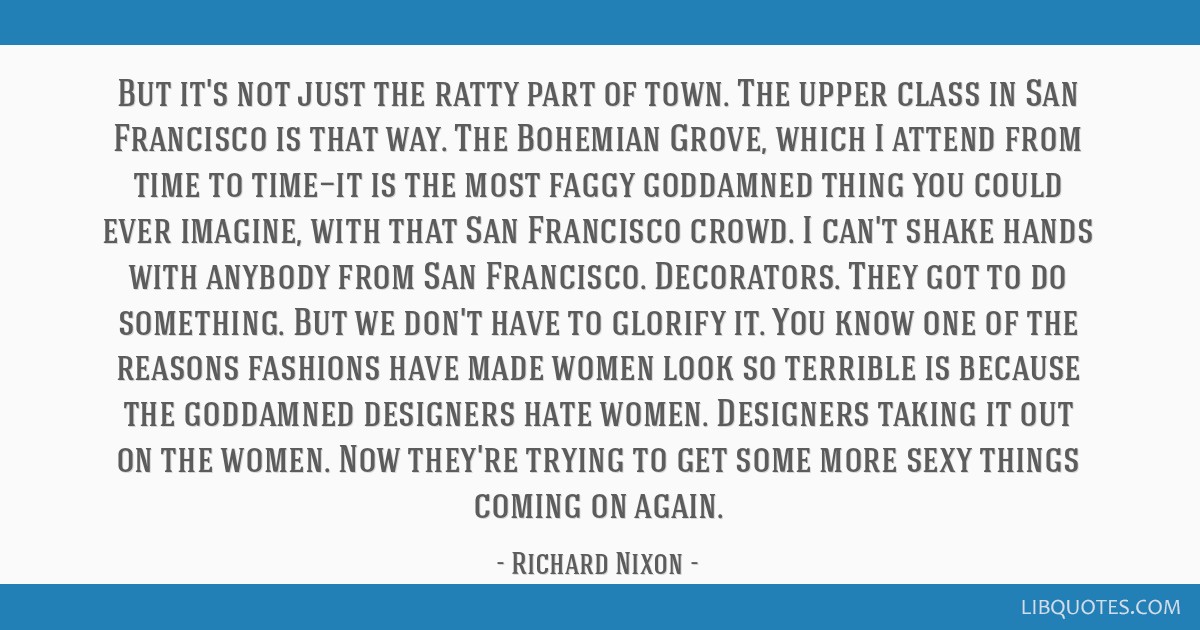 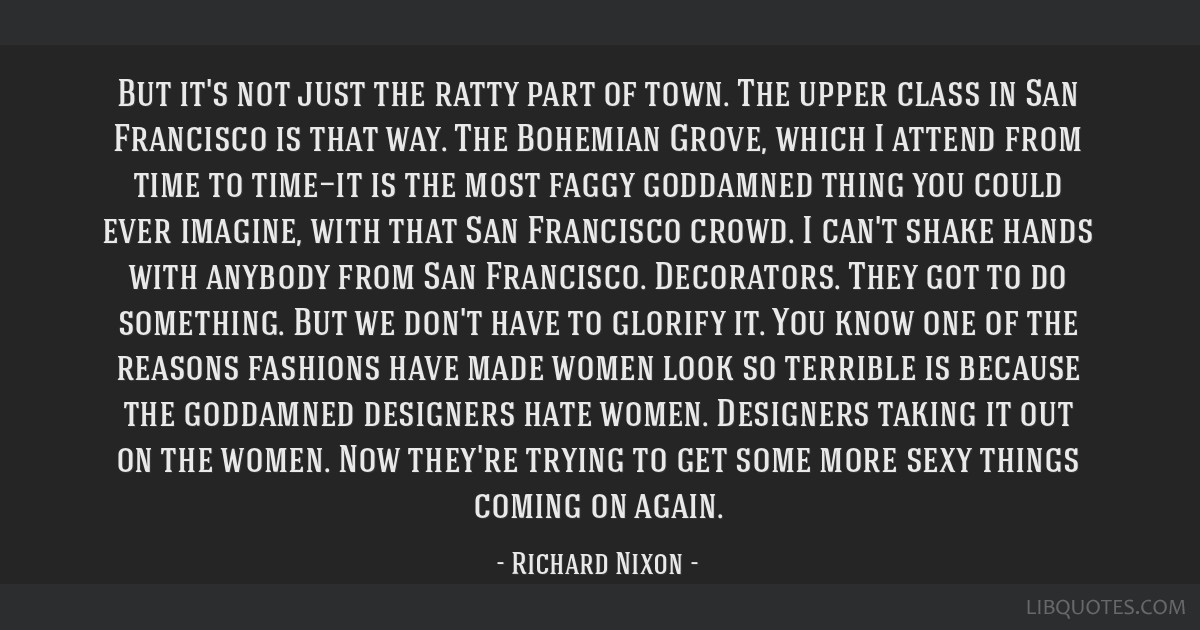 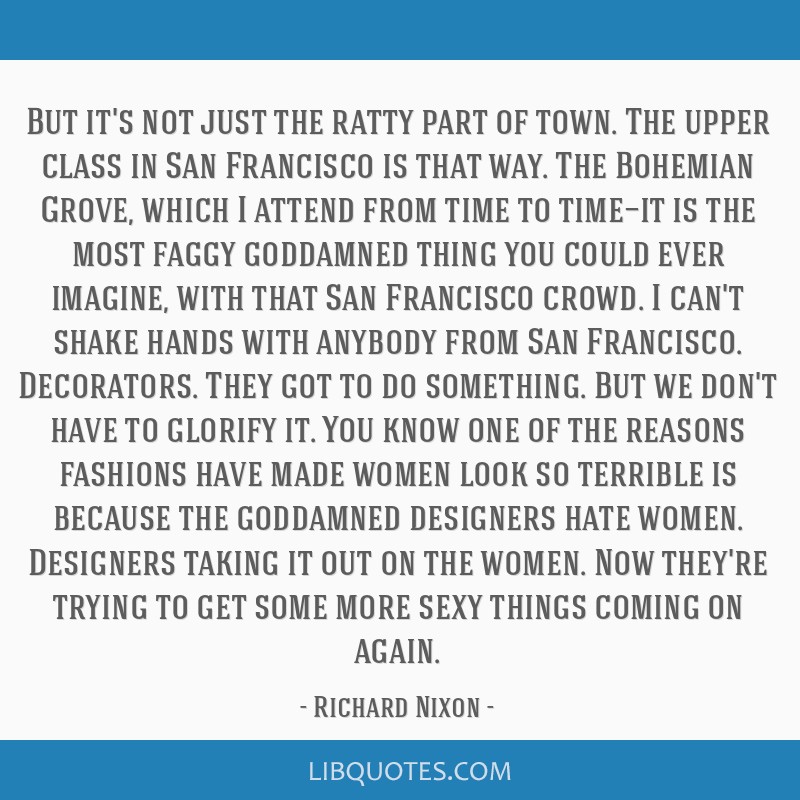 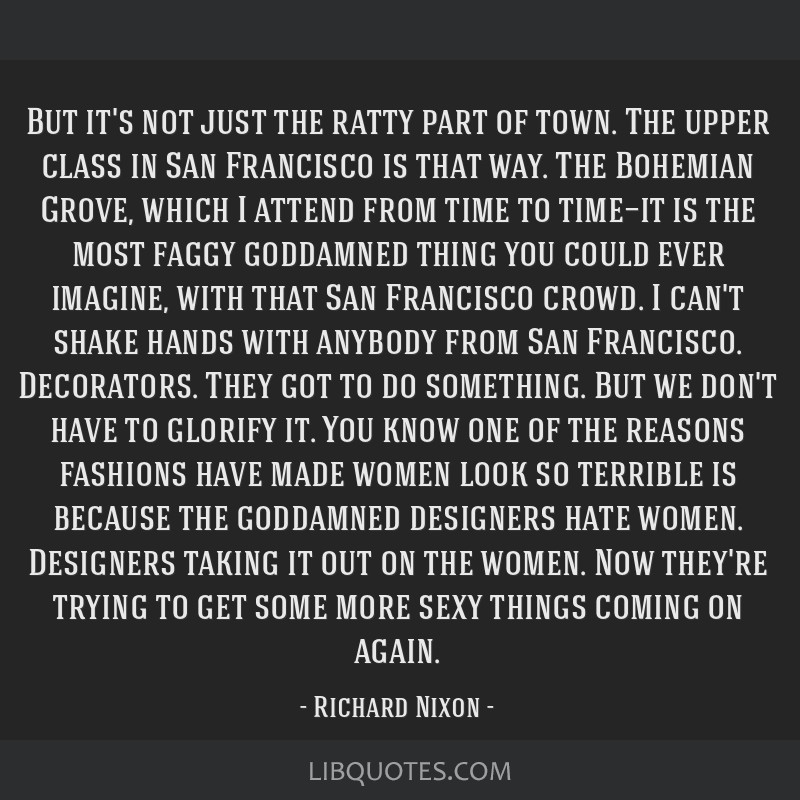