Nixon was re-elected in 1972, but Stout survived his August 1974 resignation from the Presidency by more than a year. - The New York Times - "Rex Stout, 85, Gives Clues on Good Writing" 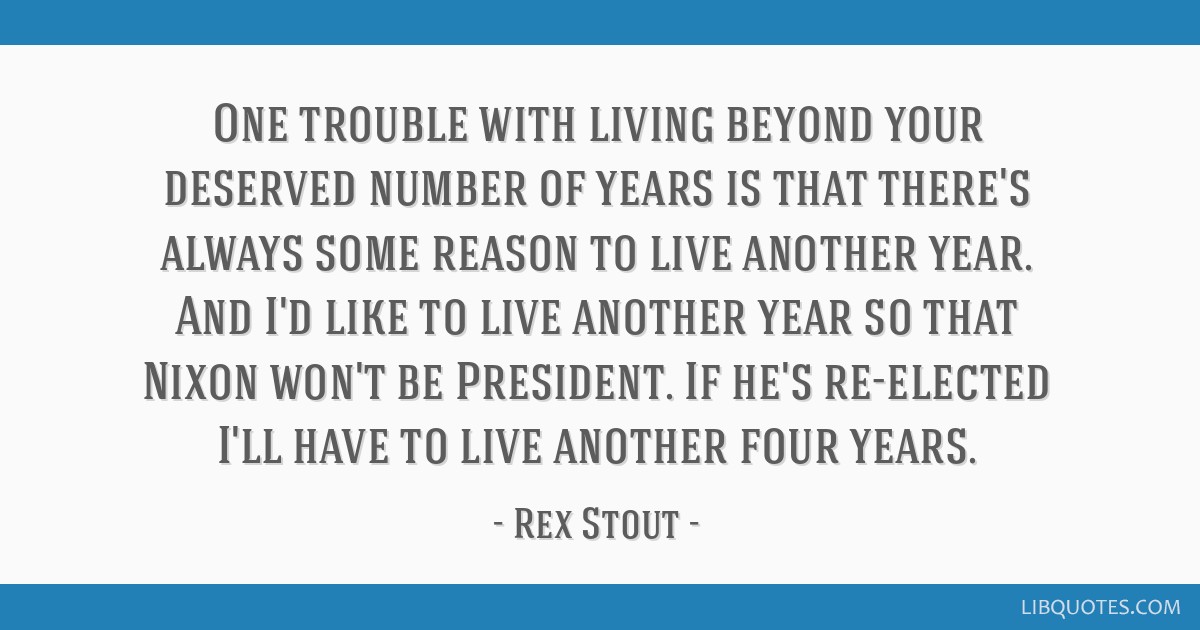 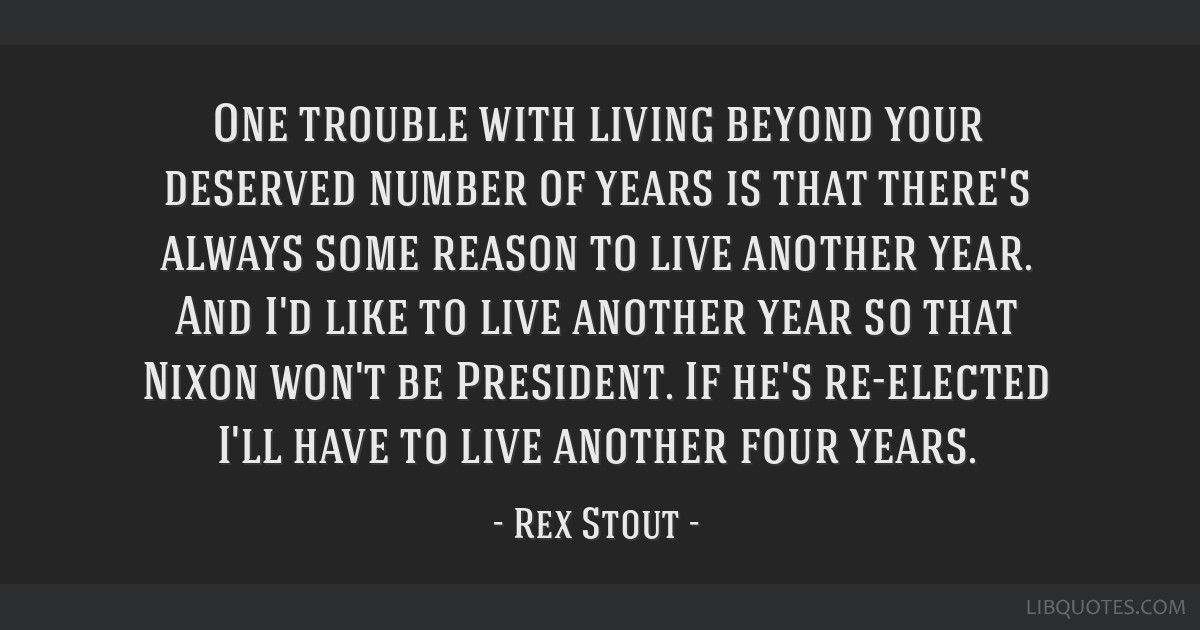 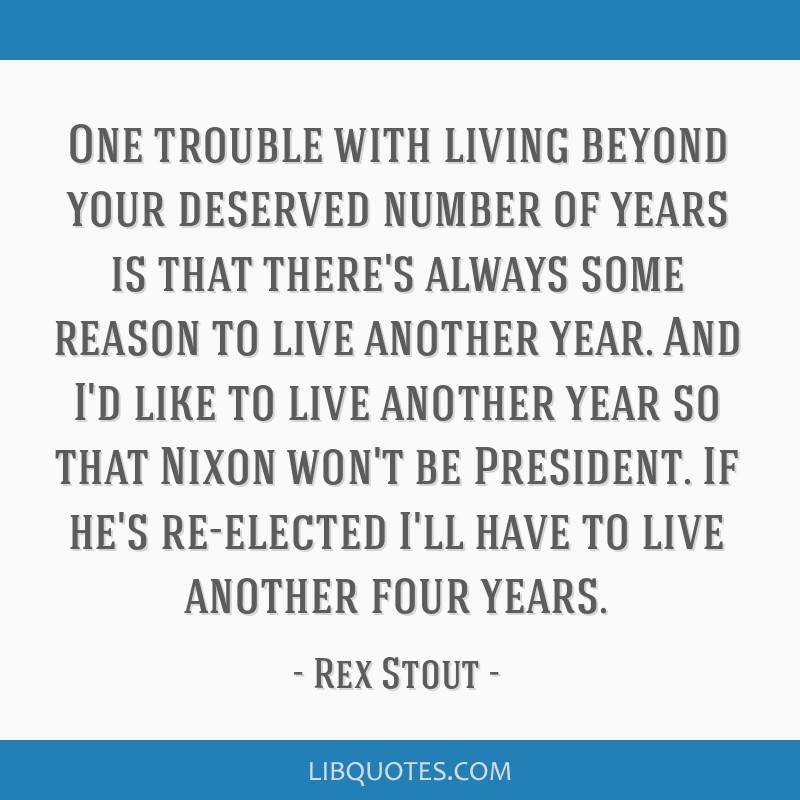 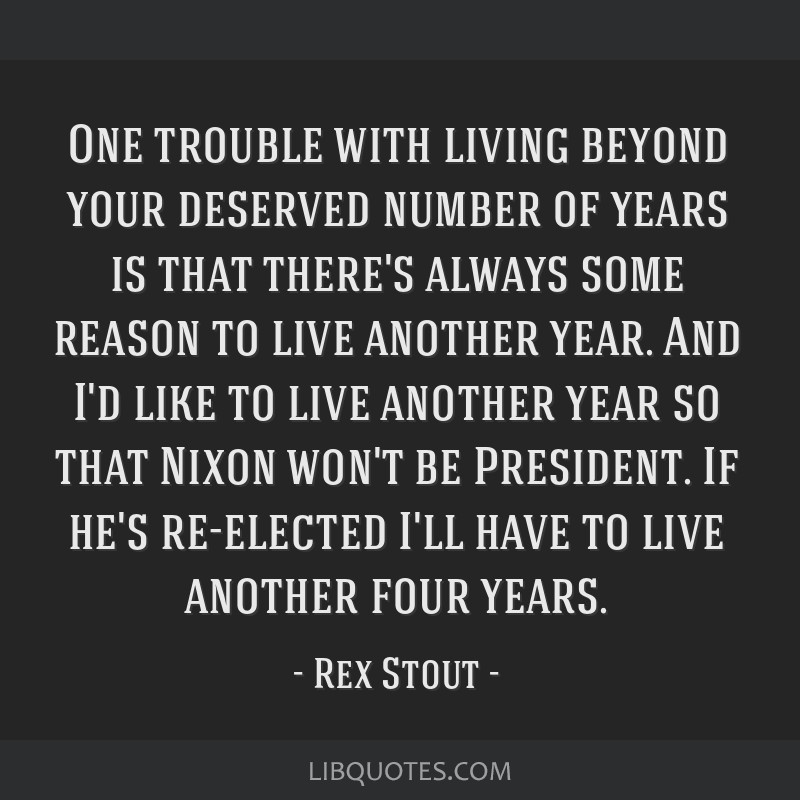 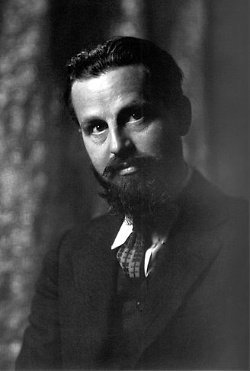