Monotheistic religions in the West have tended to conflate having a general orientation in life, having a specific theory of the world, having a sense of the positive meaningfulness of one's existence, and having a fixed set of rules for behavior, but these elements are in principle separable. … The metaphysical need, … both Marx and Nietzsche held, is a historical phenomenon that arises under determinate circumstances, and could be expected to disappear under other circumstances that we could relatively easily envisage. 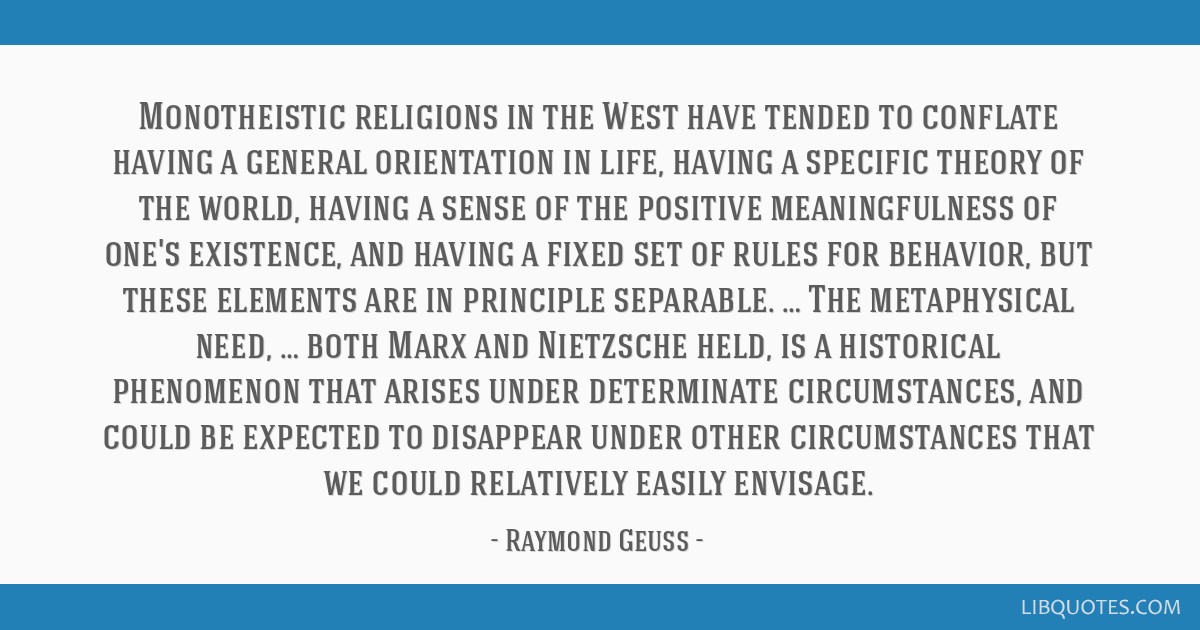 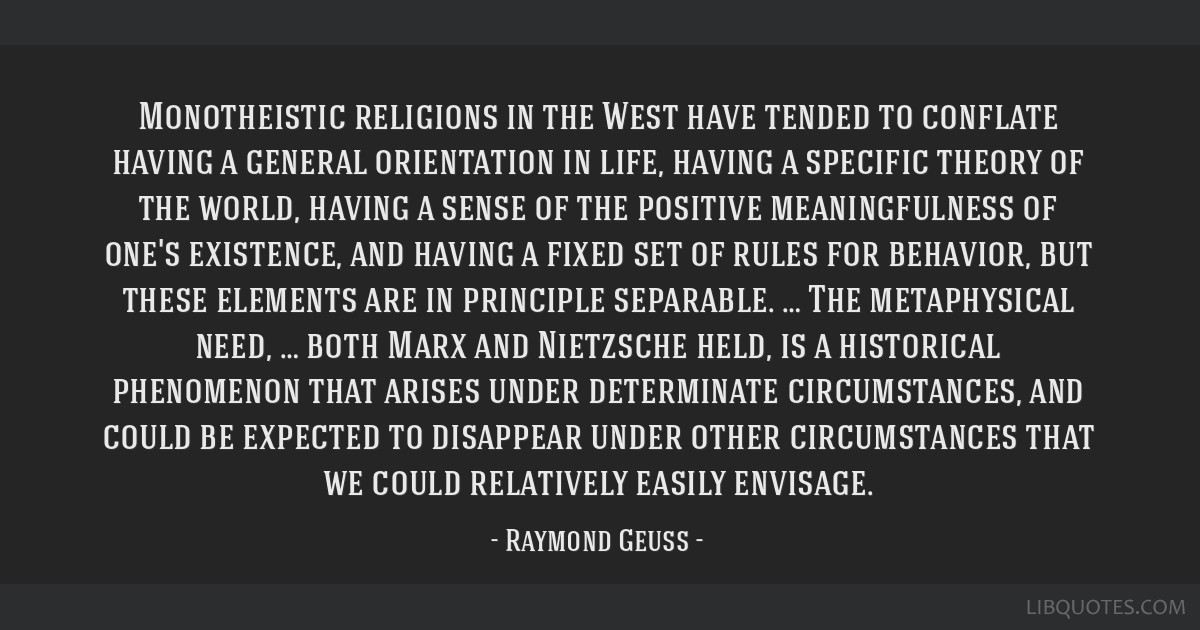 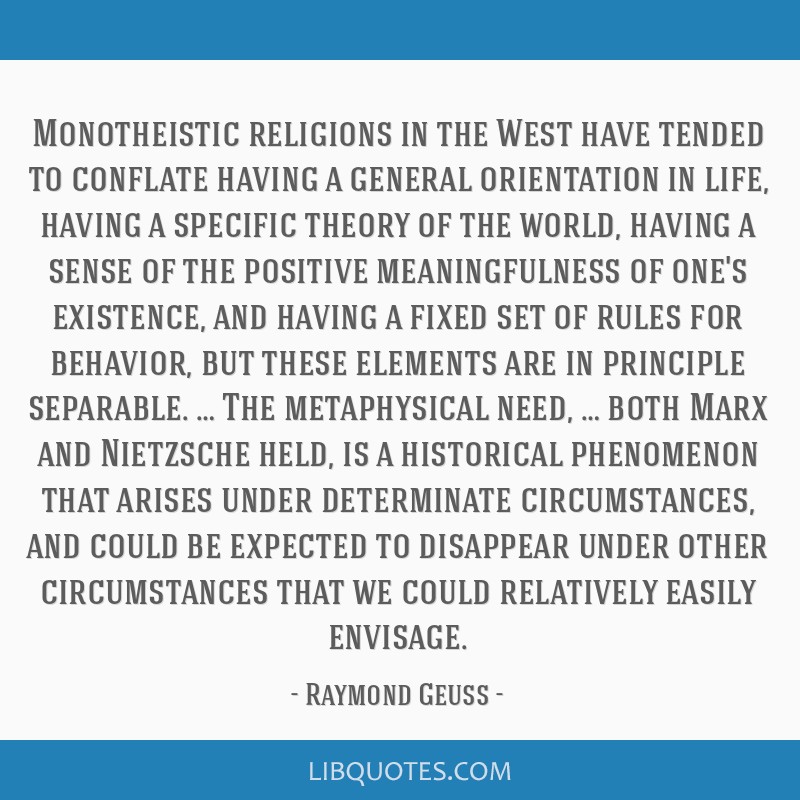 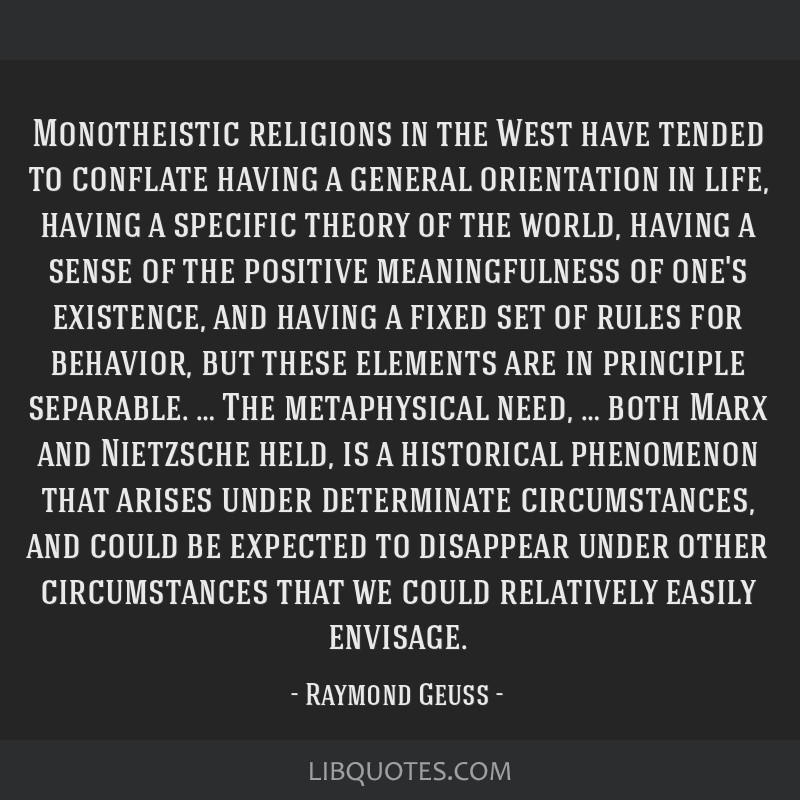