Rajendra Prasad
The executive power of the Union is vested in the President and shall be exercised by him either directly or through officers subordinate to him in accordance with the Constitution. The Supreme Command of the Defence forces of the Union is also vested in him and the exercise thereof shall be regulated by law.

Rajendra Prasad
There is no resting place for a nation or a people on their onward march.

Rajendra Prasad
Today, for the first time in our long and chequered history, we find the whole of this vast land... brought together under the jurisdiction of one constitution and one union which takes over responsibility for the welfare of more than 320 million men and women who inhabit it. 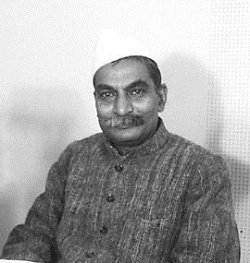 Creative Commons
Born: December 3, 1884
Died: February 28, 1963 (aged 78)
Bio: Rajendra Prasad was the first President of the Republic of India. An Indian political leader, lawyer by training, Prasad joined the Indian National Congress during the Indian independence movement and became a major leader from the region of Bihar.