Rahul Bose
Fifty three per cent children in India face sexual abuse – both boys and girls – but we still feel uncomfortable talking about it. We are still hypocrites when it comes to issues like child abuse, sex or for that matter homosexuality. It is high time that we brought the issue from under the carpet.

Rahul Bose
Ultimately, the Indian public is not fool. They can spot the difference between what is said for effect and what is done in reality. Whether it is politicians or actors or social activists, they know for sure whom to trust or not. 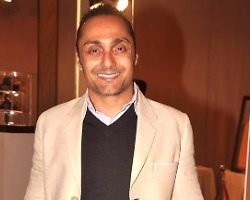