Part of me would just like to relax and have one job that pays me the amount I need to survive. And another part of me wants the creativity that comes out of struggle and frustration and fear. It's a never-ending cycle, which must be how I want it, on some level.

Questlove
When you live your life through records, the records are a record of your life.

Questlove
And even though people like to furrow their brow like they suspect you're not being honest about yourself, the truth is that they worry that you're not serving their idea of you.

Questlove
Every time a new record started, people exhaled with pleasure, or their bodies moved automatically. I really started getting high off of the euphoric exclamations. Every record I put on was like a baptism.

Questlove
I keep moving through time and time keeps moving through me. And through that process, life takes shape. The question is what shape it is. I'm not the first person to ask that question, or to see how absurd it is to think there's a real answer. Maybe life's a circle... 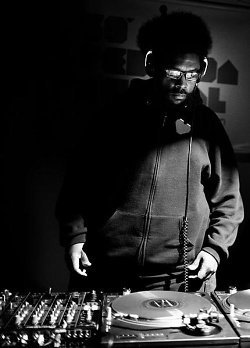