If a scientist saw a cataclysm coming, say a meteor on collision course for earth in 2050, we wouldn't be saying, Hallelujah, physics is true, bring it on! Our faith in mathematics is strengthened! We'd be trying to stop it. Which makes the Christian reaction puzzling. If I actually believed Jesus was coming to end the world, I'd be preparing by stocking up on timber and nails. They were pretty effective last time. 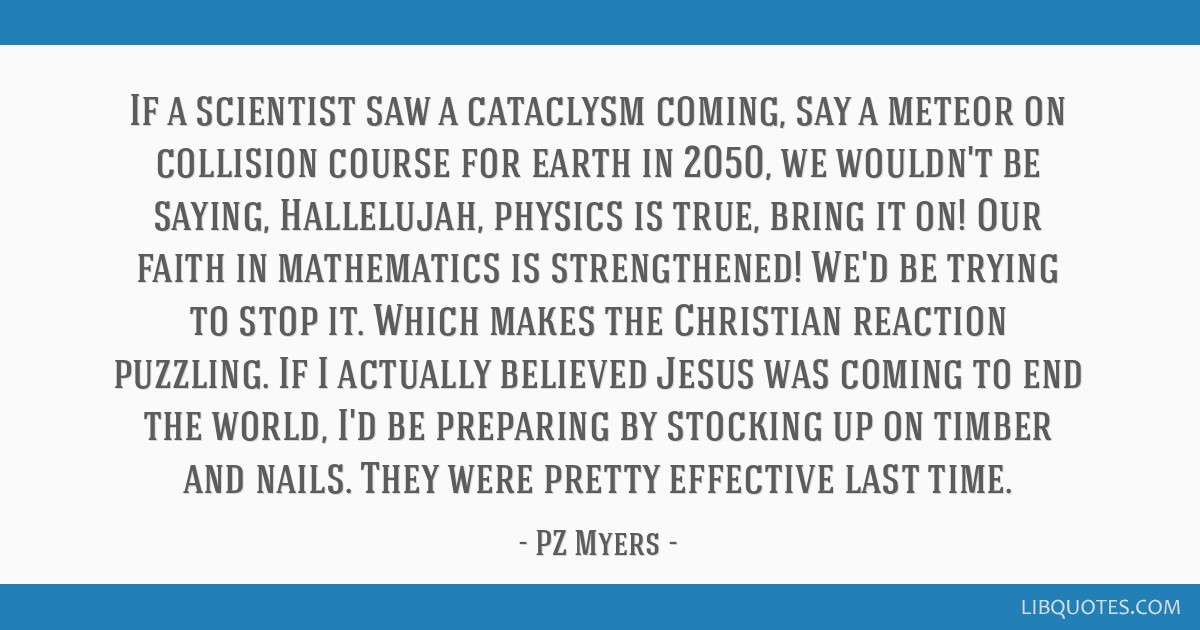 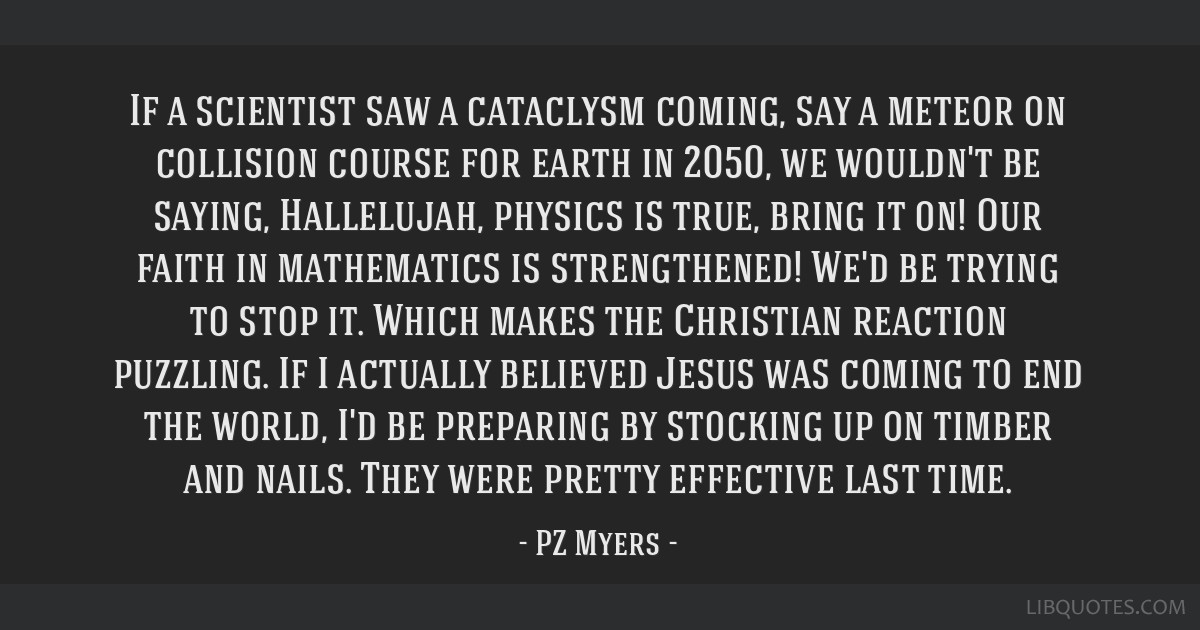 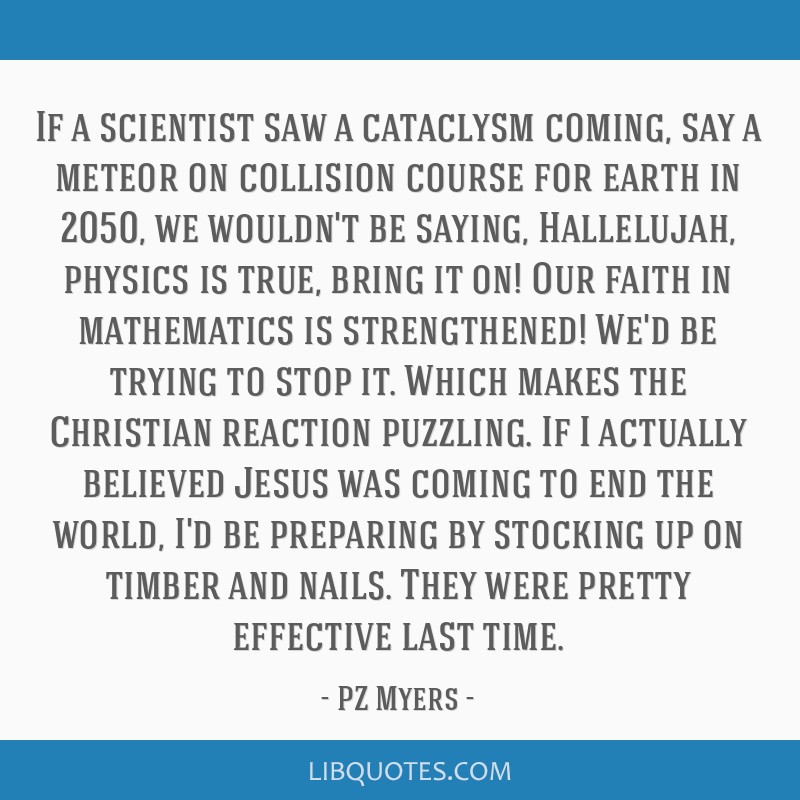 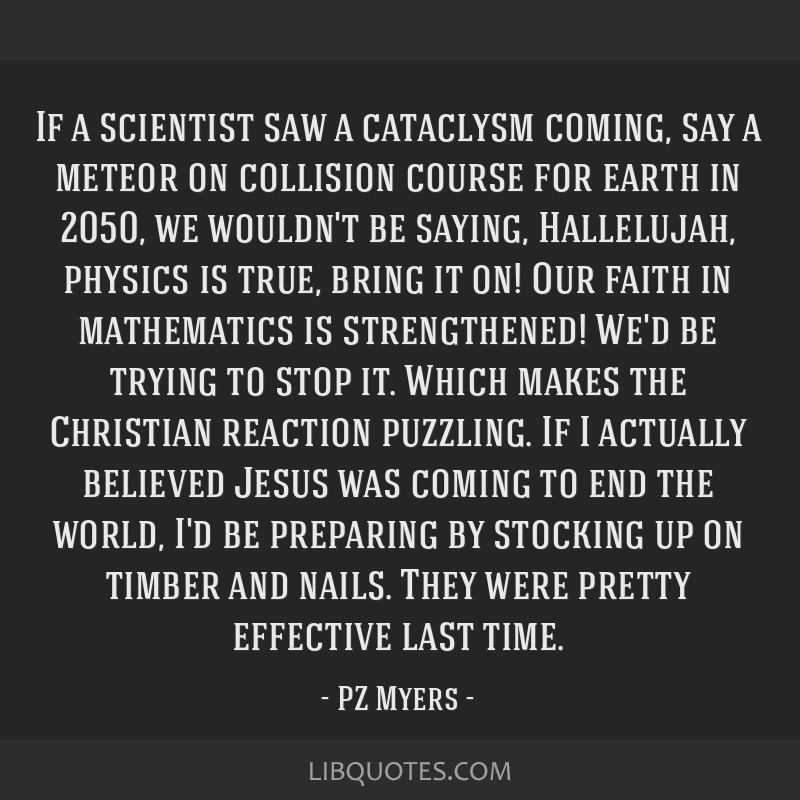 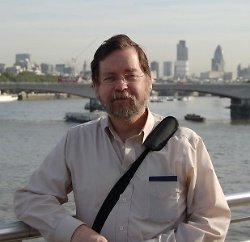