May the Lord array thee in the garment of salvation and surround thee with the cloak of happiness.

Pope Alexander VI
I am coming; I am coming. It is just. But wait a little. 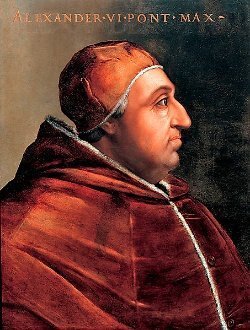 Creative Commons
Born: January 1, 1431
Died: August 18, 1503 (aged 72)
Bio: Pope Alexander VI, born Roderic Borgia, was Pope from 11 August 1492 until his death. He is one of the most controversial of the Renaissance popes, partly because he acknowledged fathering several children by his mistresses.