Not only do we have no real right to the things of the world, because belonging always essentially to God they can never belong to creatures; but we are also limited by the laws of God in the use of those possessions; for it must not be imagined that God gives them to us so that we may dispose of them as we wish. He is too just to have made such an unequal distribution. These goods being the means destined by his Providence for the subsistence of men, he gives to some more than they need only so that they may distribute it to others. A rich man, in so far as he is rich, is thus no more than steward of God's good things. 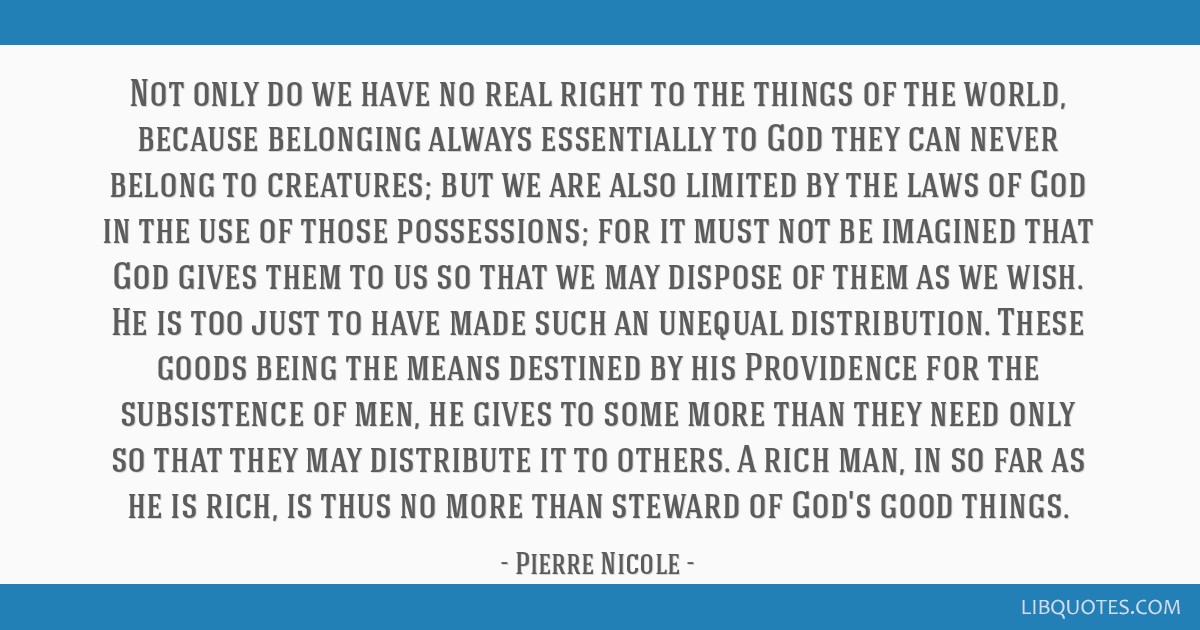 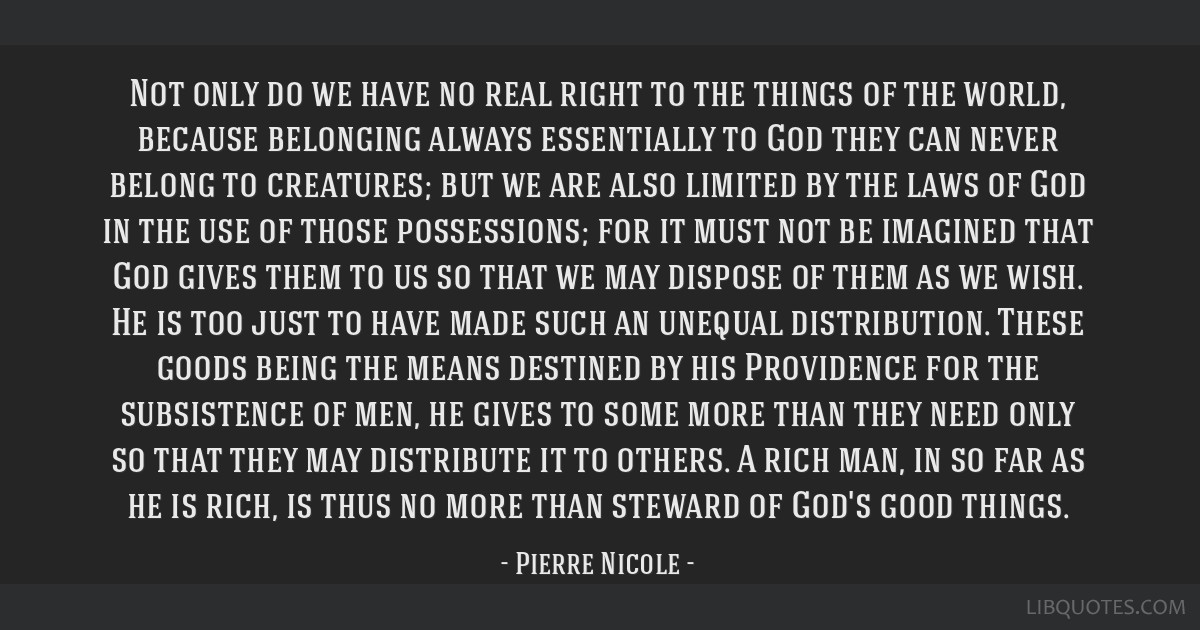 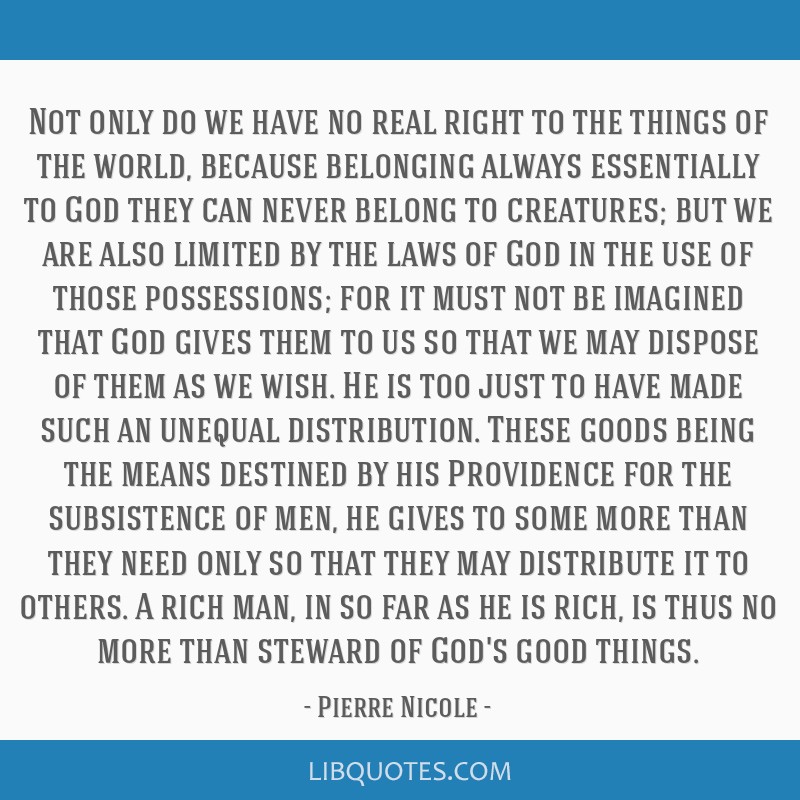 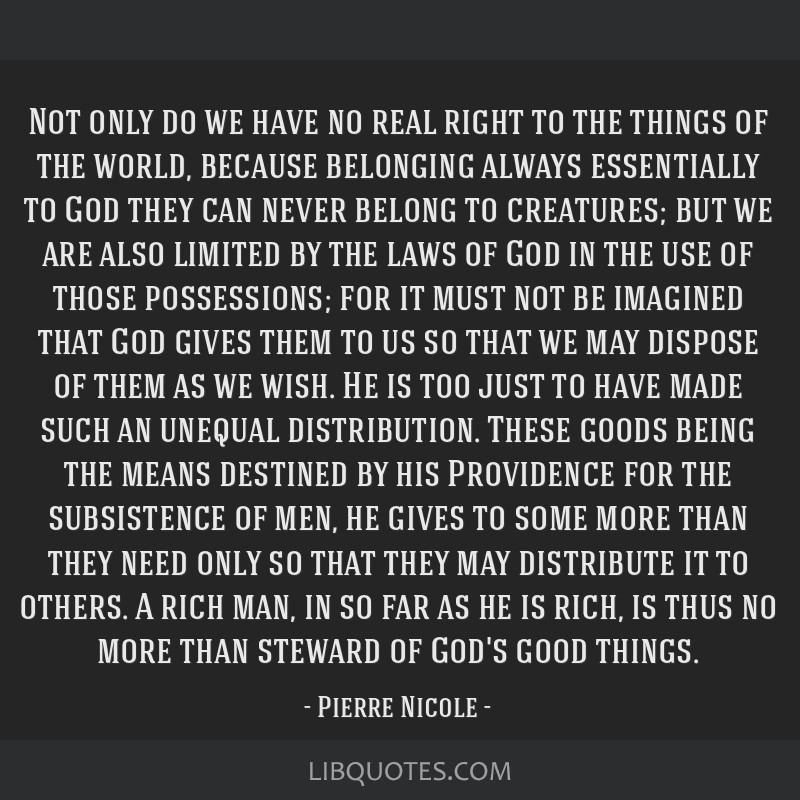