A human being without the proper empathy or feeling is the same as an android built so as to lack it, either by design or mistake. We mean, basically, someone who does not care about the
fate which his fellow living creatures fall victim to; he stands detached, a spectator, acting out by his indifference John Donne's theorem that "No man is an island," but giving that
theorem a twist: that which is a mental and a moral island is not a man. 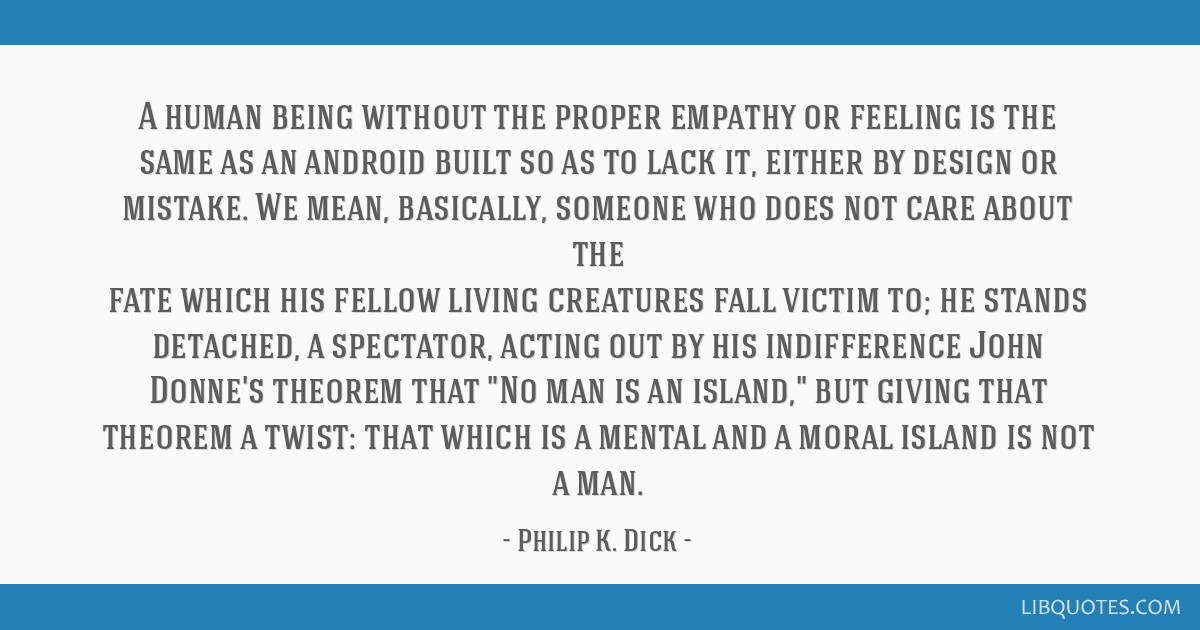 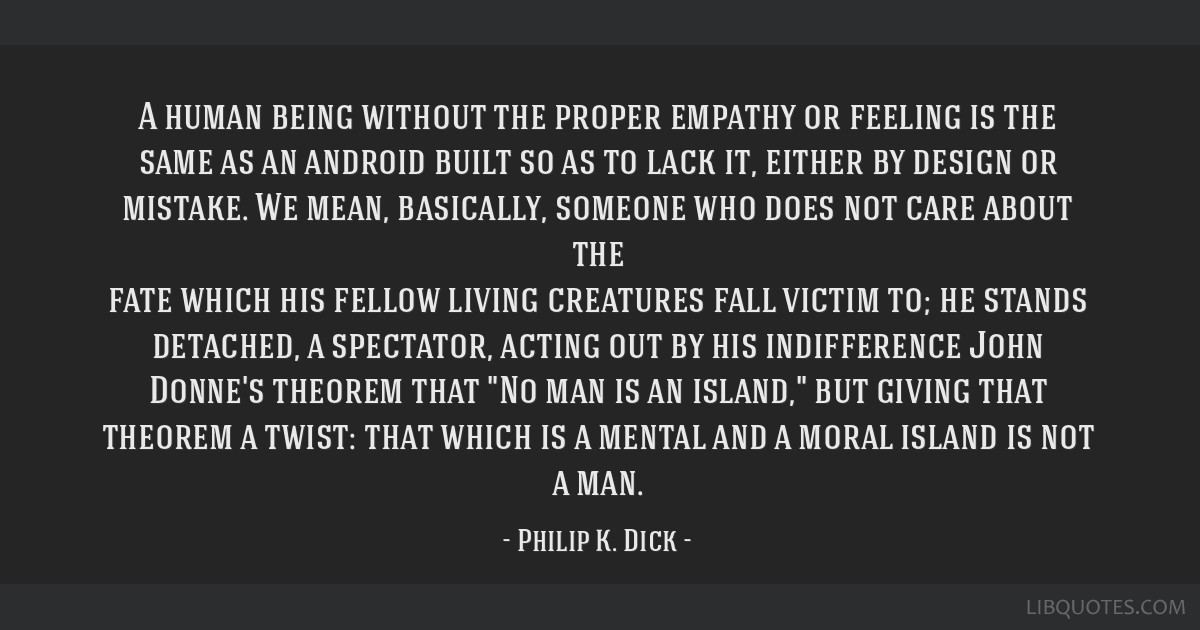 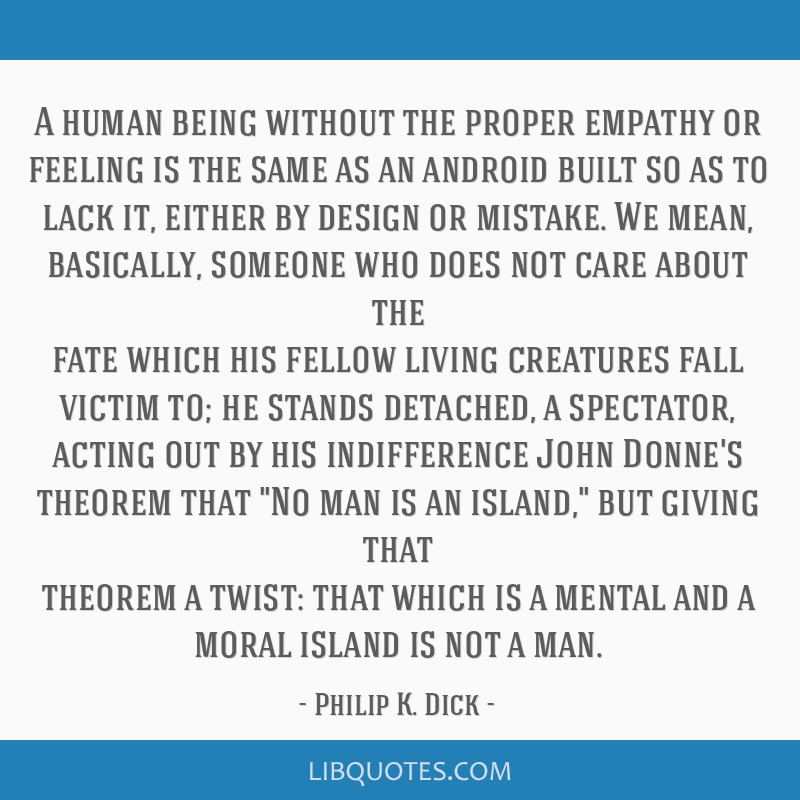 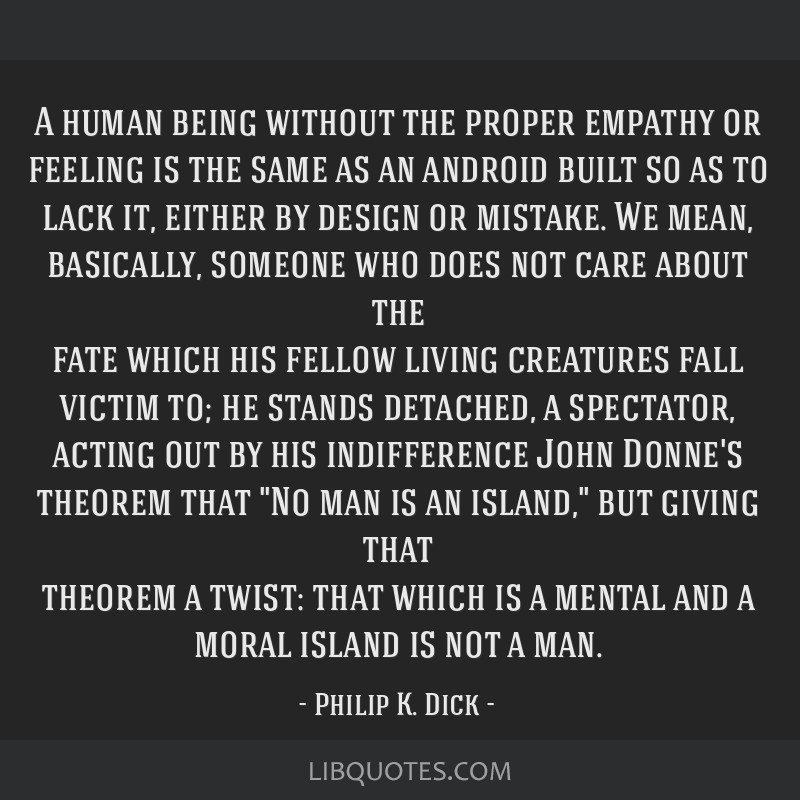 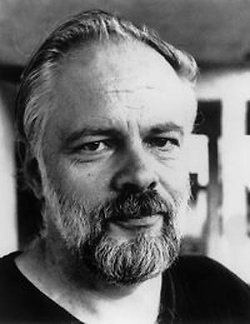