Nothing like this has been attempted before. (...) It might be called a literary Porto Alegre. That implies a beginning, with much fierce argument and discussion to come. But whatever the outcome of ensuing criticisms or objections, The World Republic of Letters — empire more than republic, as Casanova shows — is likely to have the same sort of liberating impact at large as Said's Orientalism, with which it stands comparison. 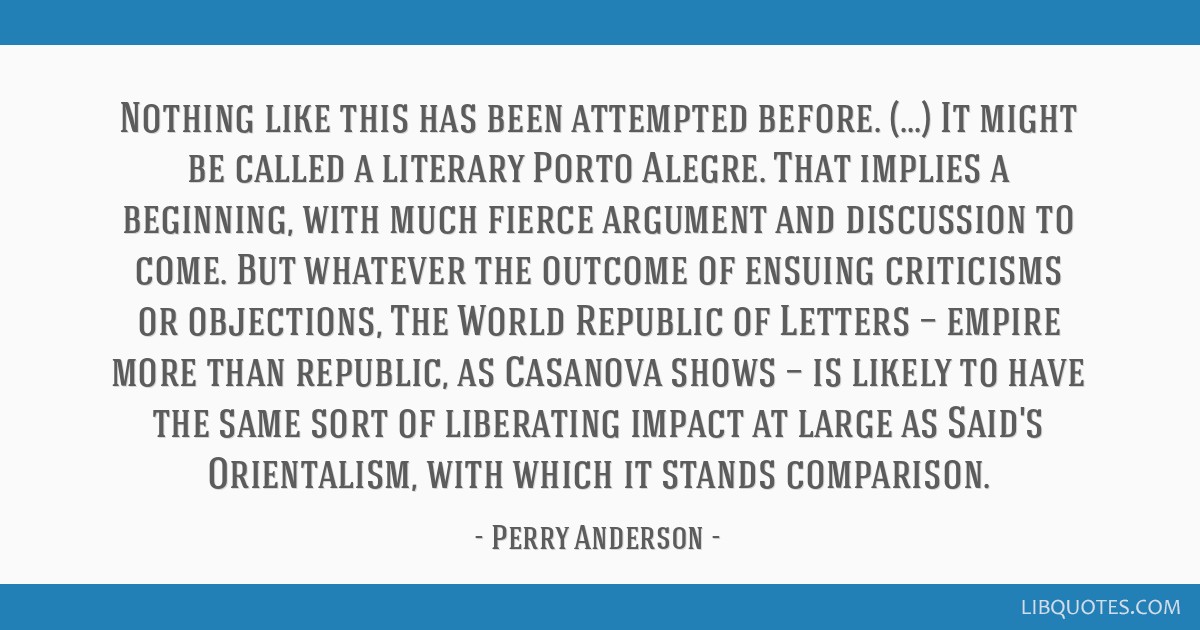 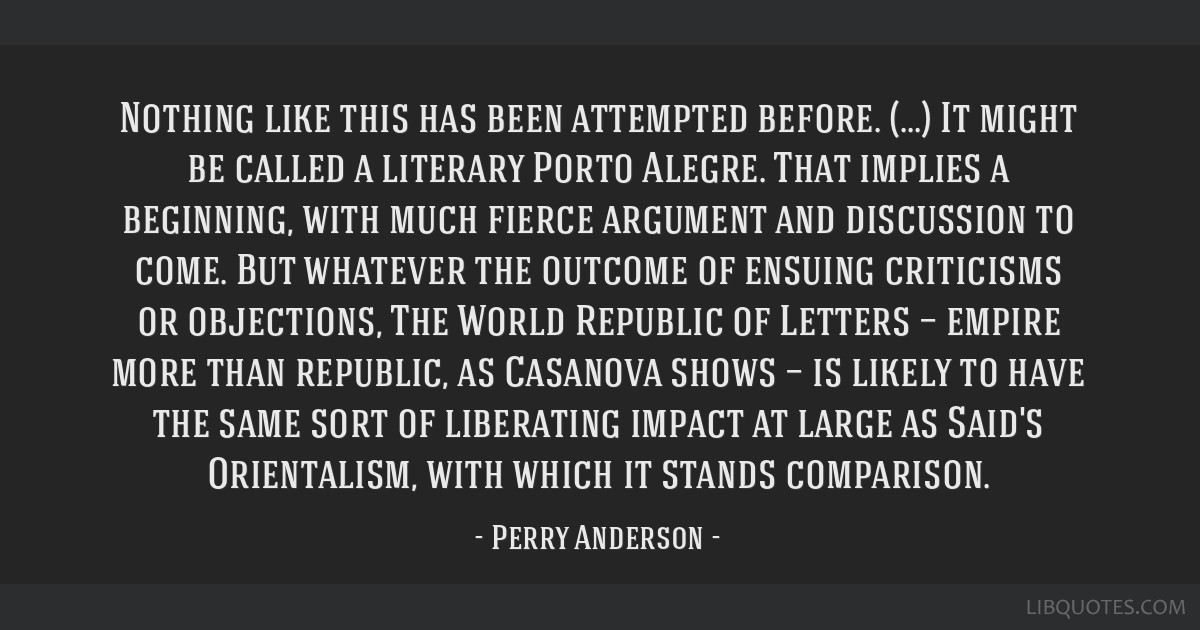 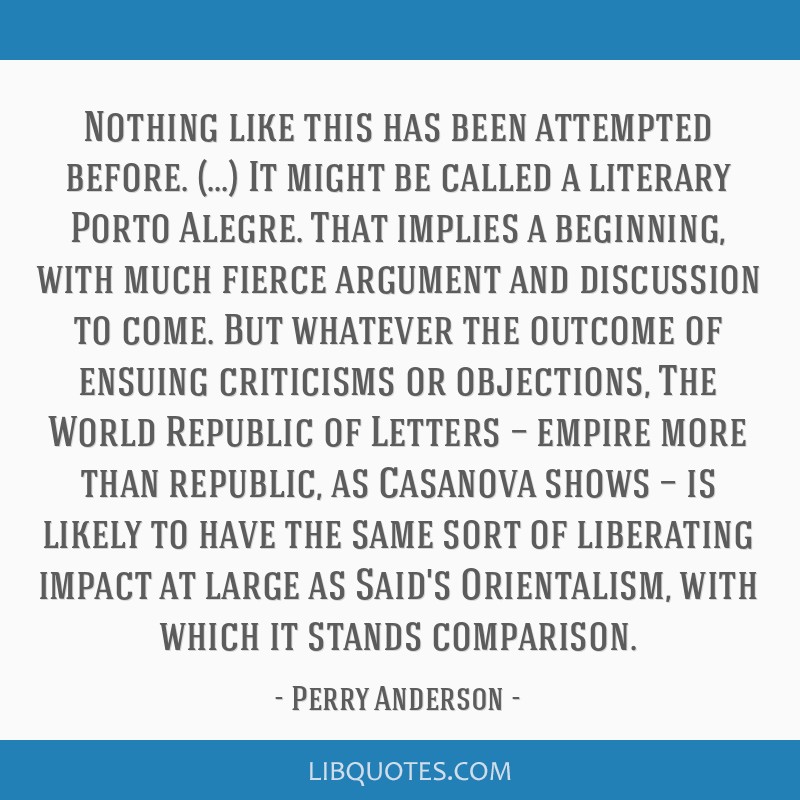 Born: September 1, 1938 (age 82)
Bio: Perry R. Anderson is a British historian and political essayist. A specialist in intellectual history, he is often identified with the post-1956 Western Marxism of the New Left.
Perry Anderson Quotes