André Weil suggested that there is a logarithmic law at work: first-rate people attract other first-rate people, but second-rate people tend to hire third-raters, and third-rate people hire fifth-raters. If a dean or a president is genuinely interested in building and maintaining a high-quality university (and some of them are), then he must not grant complete self-determination to a second-rate department; he must, instead, use his administrative powers to intervene and set things right. That's one of the proper functions of deans and presidents, and pity the poor university in which a large proportion of both the faculty and the administration are second-raters; it is doomed to diverge to minus infinity.

I Want to be a Mathematician: An Automathography (1985) 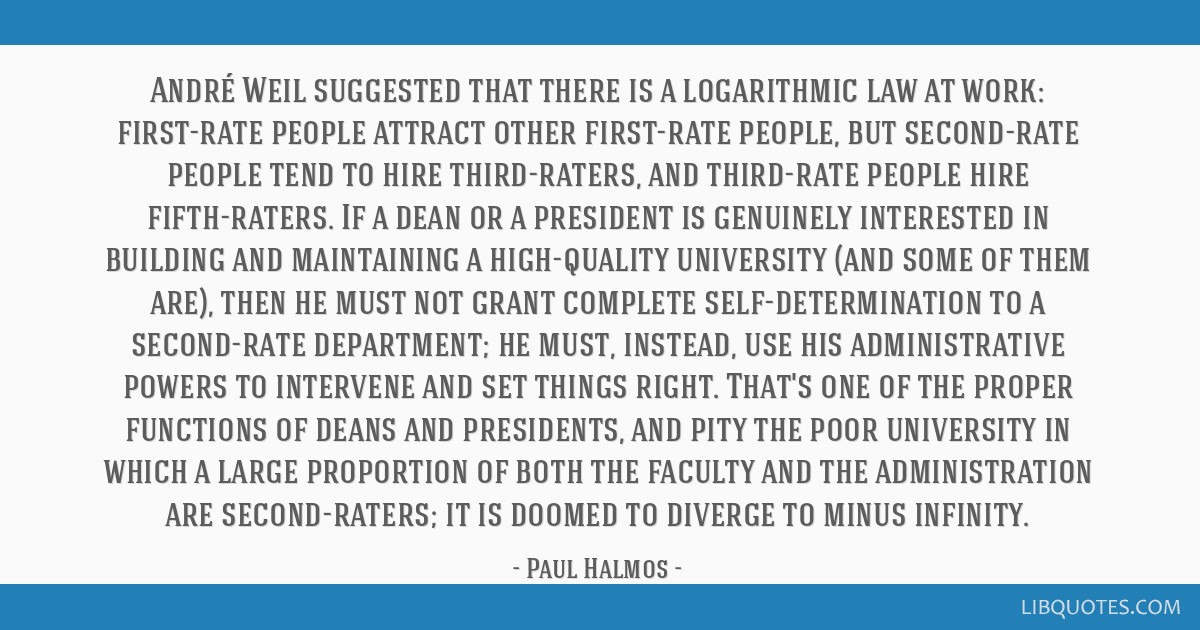 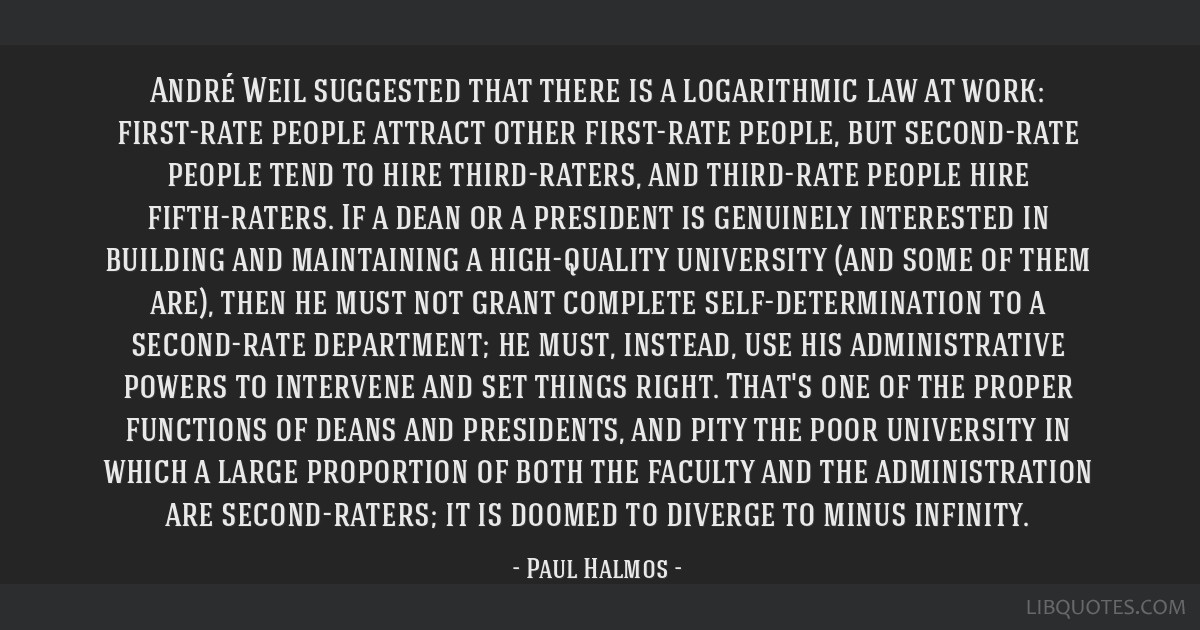 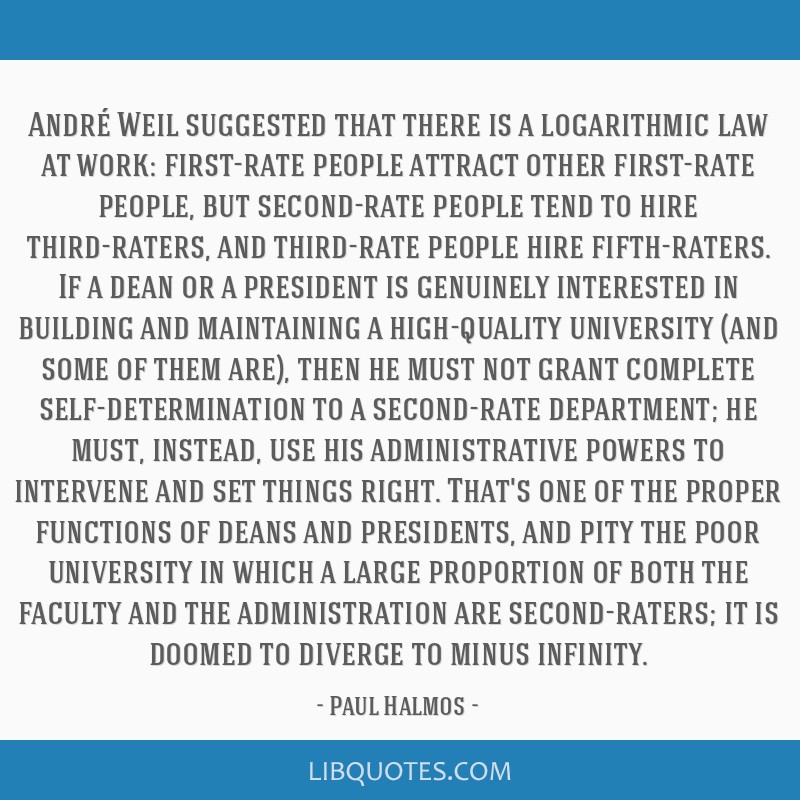 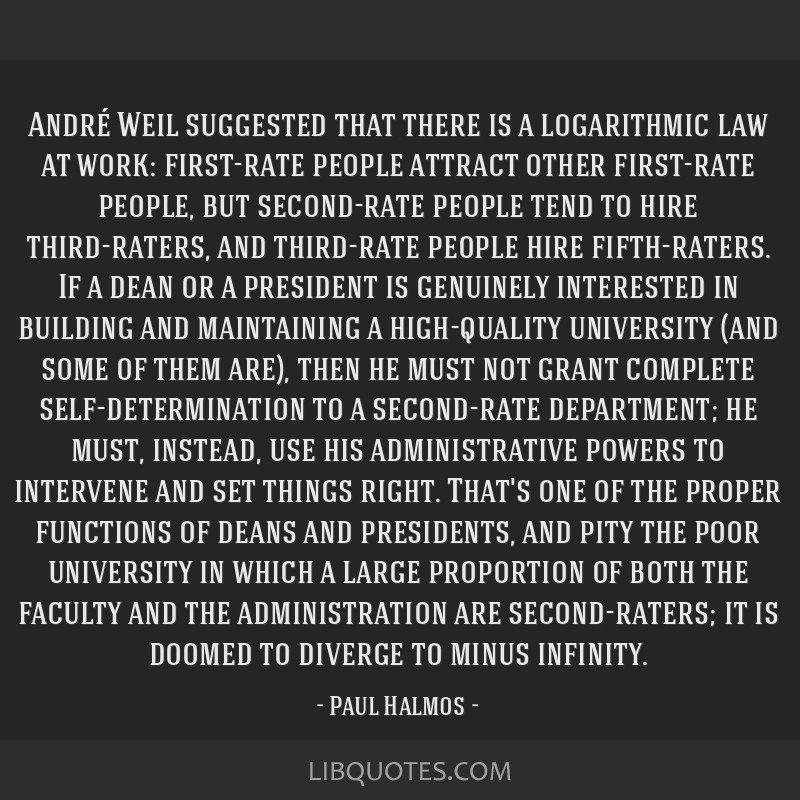 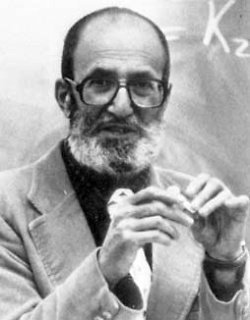