Both the old and new approaches share a scepticism toward rational-actor models of organisation, and each views institutionalisation as a state-dependent process that makes organisations less instrumentally rational by limiting the options they can pursue. Both emphasise the relationship between organisations and their environments, and both promise to reveal aspects of reality that are inconsistent with organisations' formal accounts. Each approach stresses the role of culture in shaping organisational reality.

p. 12 - Introduction to The New Institutionalism and Organizational Analysis, 1991 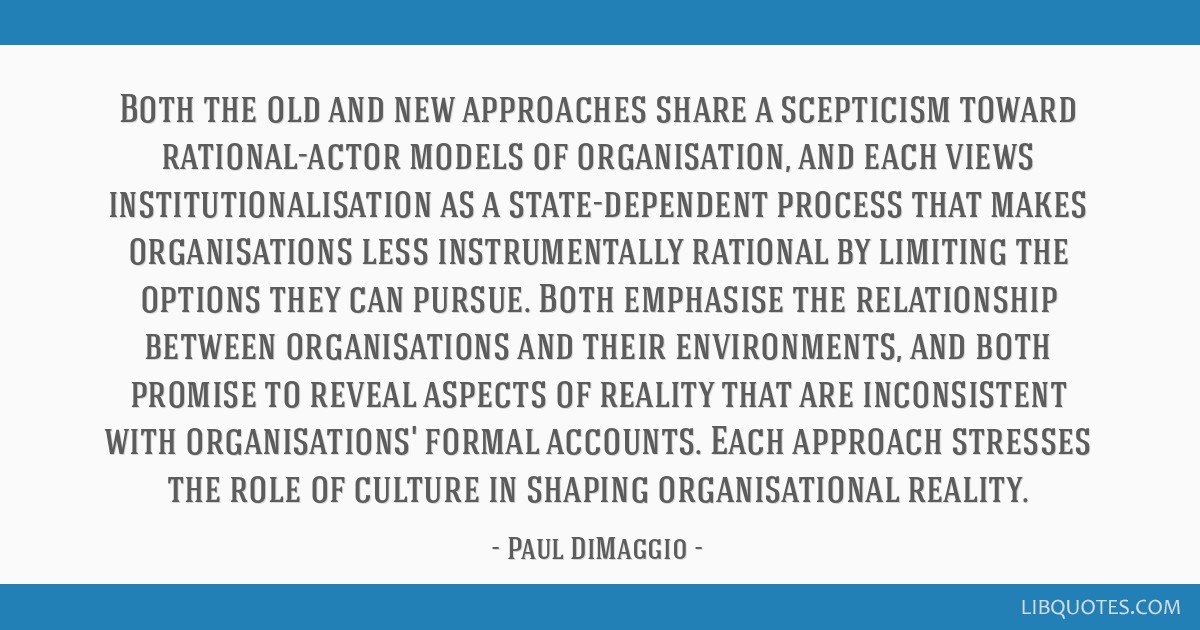 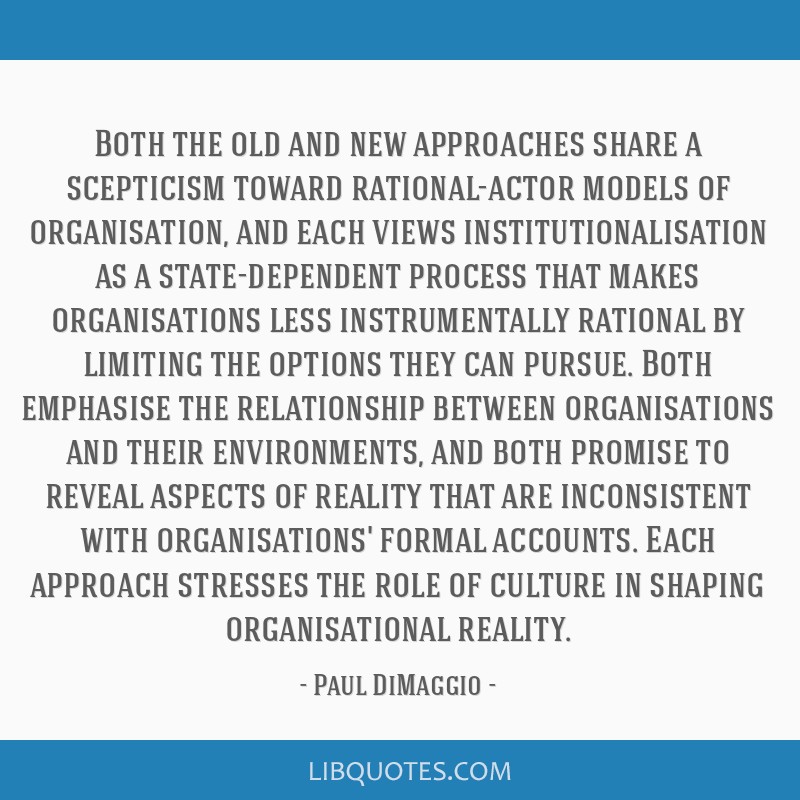 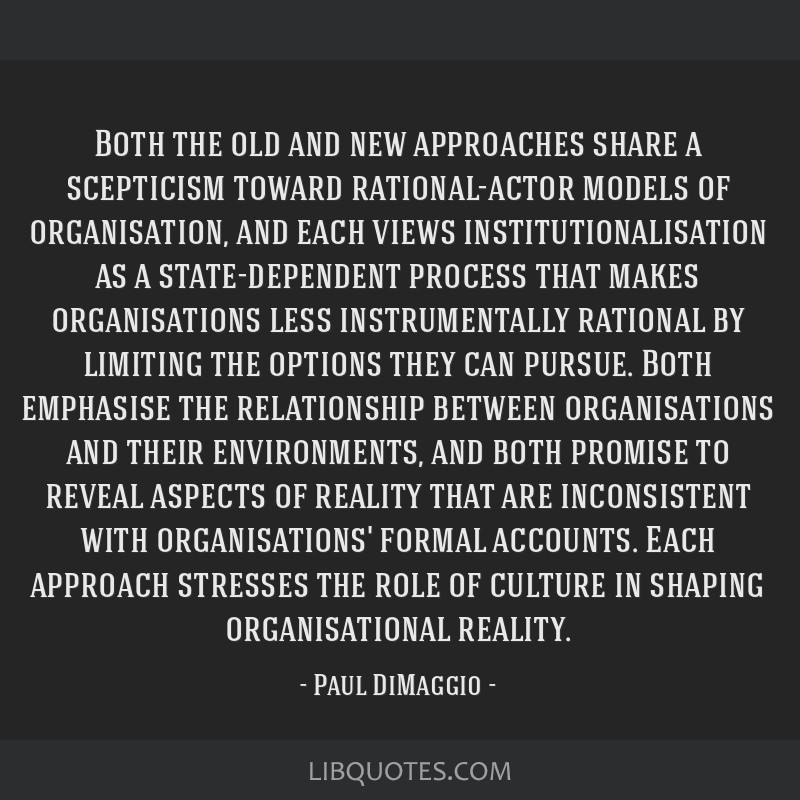