The ambivalence of writing is such that it can be considered both an act and an interpretive process that follows after an act with which it cannot coincide. As such, it both affirms and denies its own nature. 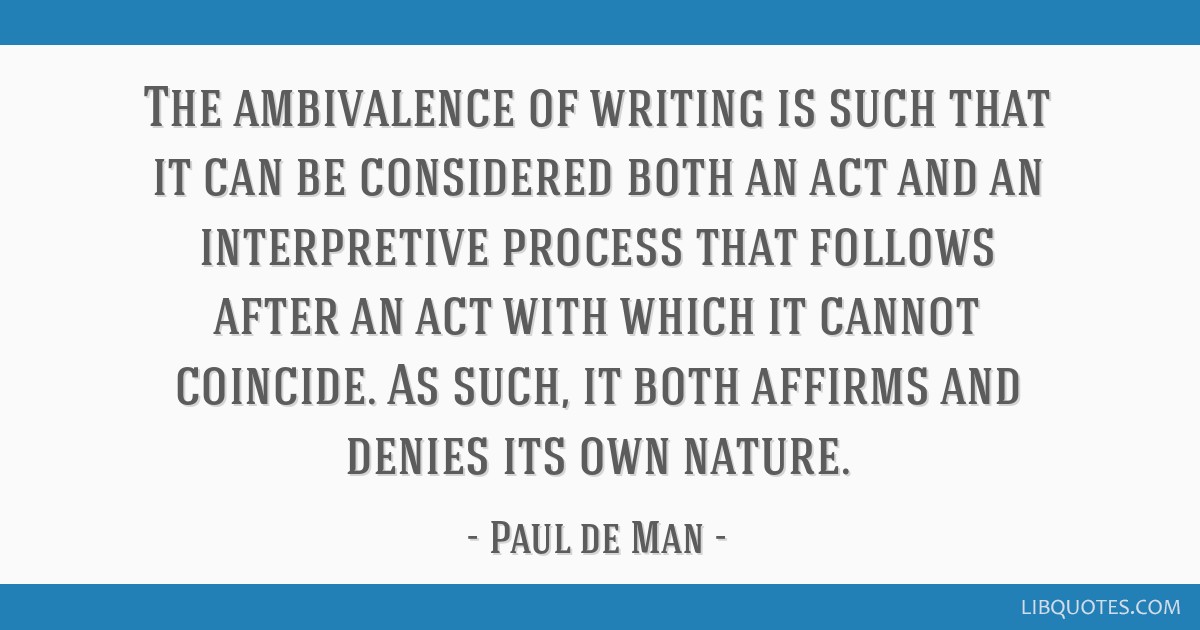 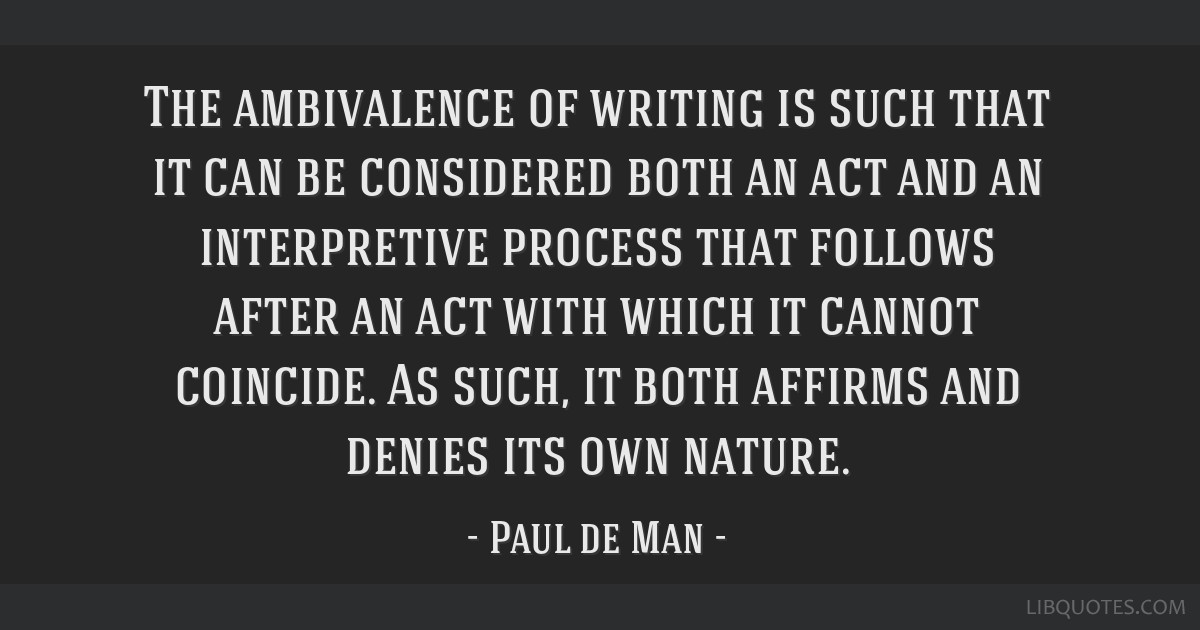 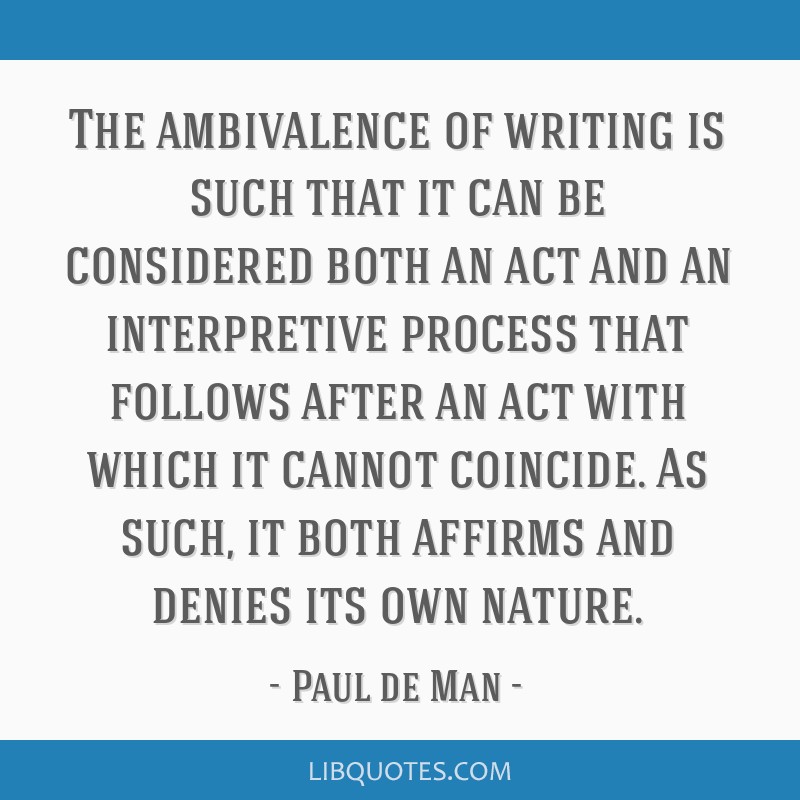 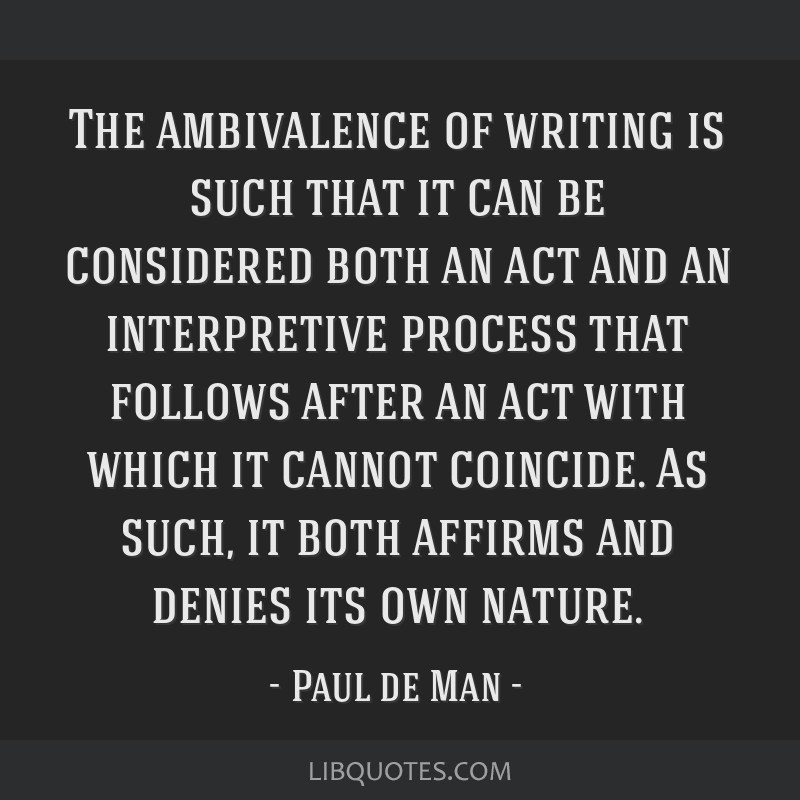