For the most part, the best opportunities now lie where your competitors have yet to establish themselves, not where they're already entrenched. Microsoft is struggling to adapt to that new reality.

Paul Allen
In a company where tech decisions were still ultracentralized, the repercussions of a distracted CEO had to be damaging.

I think no innocent species of wit or pleasantry should be suppressed; and that a good pun may be admitted among the smaller excellencies of lively conversation.
James Boswell 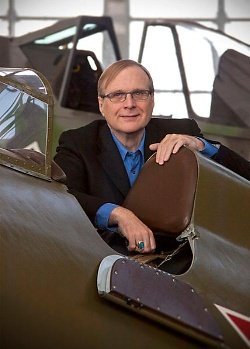 Creative Commons
Born: January 21, 1953
Died: October 15, 2018 (aged 65)
Bio: Paul Gardner Allen was an American business magnate, investor and philanthropist. He is best known as the co-founder of Microsoft, alongside Bill Gates. As of August 2016, he was estimated to be the 40th richest person in the world, with an estimated wealth of $18.6 billion.