He [Welles] was an onlooker at the clumsy, poignant suicide of "The Man on the Ledge," which took place in New York in 1938, when a boy perched for fourteen hours on a window-sill of the Gotham Hotel before plunging into the street. "I stood in the crowd outside for a long time," Welles says pensively, "and wanted to make a film of it all. But they tell me that in the Hollywood version of the film they gave the boy a reason for what he did. That's crazy. It's the crowd that needs explaining." 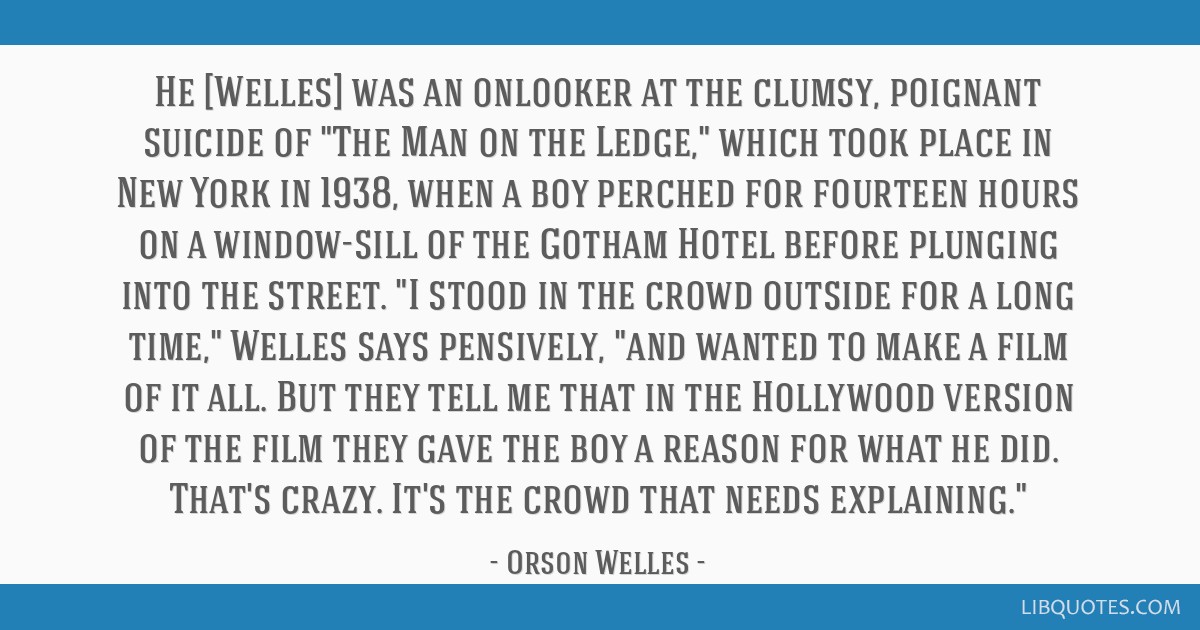 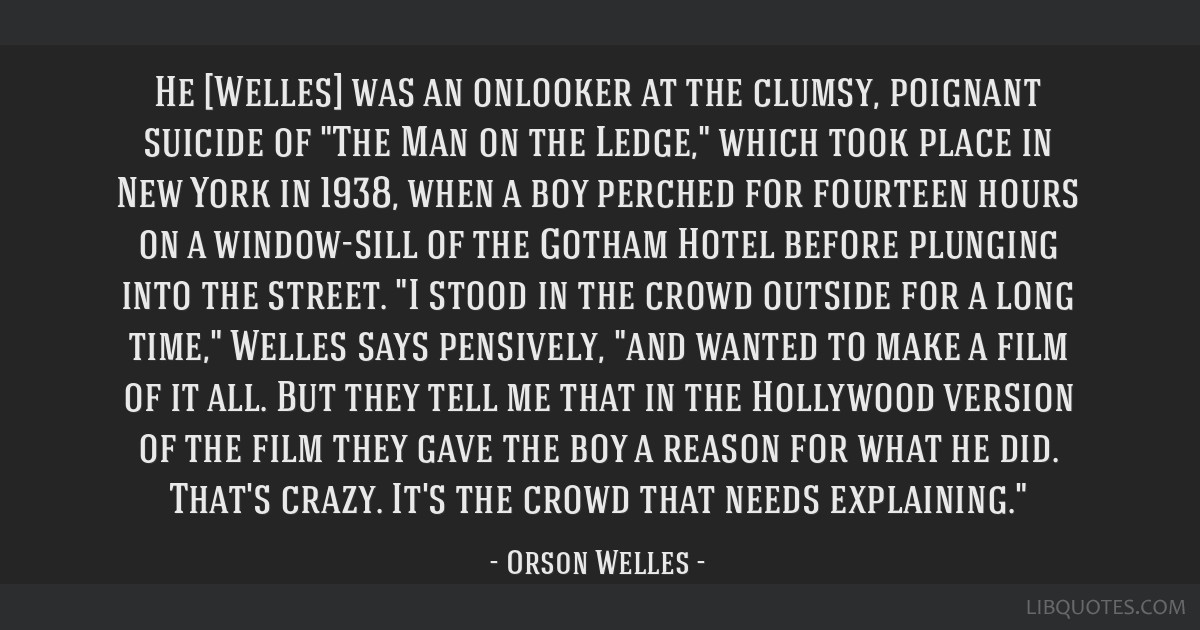 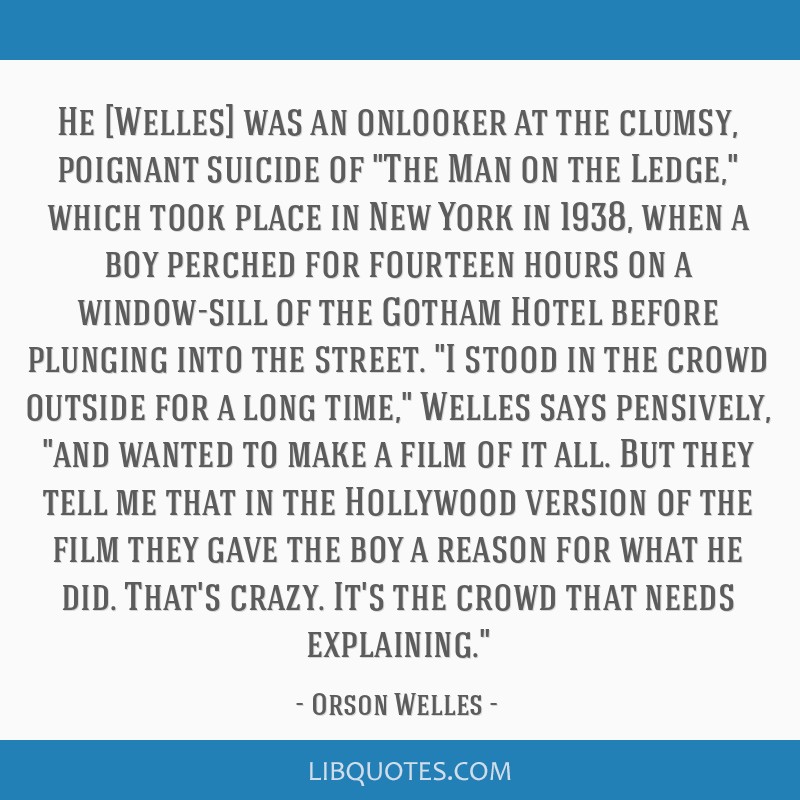 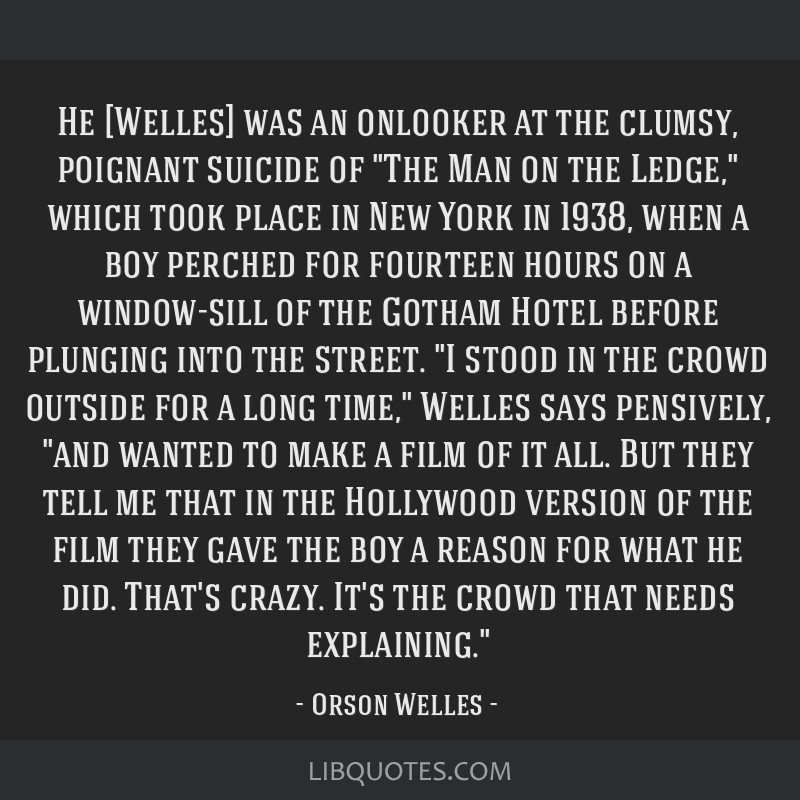 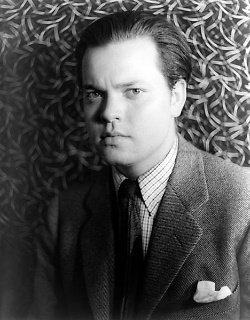