But the violence which we chose to adopt was not terrorism. We who formed Umkhonto were all members of the African National Congress, and had behind us the ANC tradition of non-violence and negotiation as a means of solving political disputes. We believe that South Africa belongs to all the people who live in it, and not to one group, be it black or white. We did not want an interracial war, and tried to avoid it to the last minute. If the Court is in doubt about this, it will be seen that the whole history of our organization bears out what I have said, and what I will subsequently say, when I describe the tactics which Umkhonto decided to adopt. 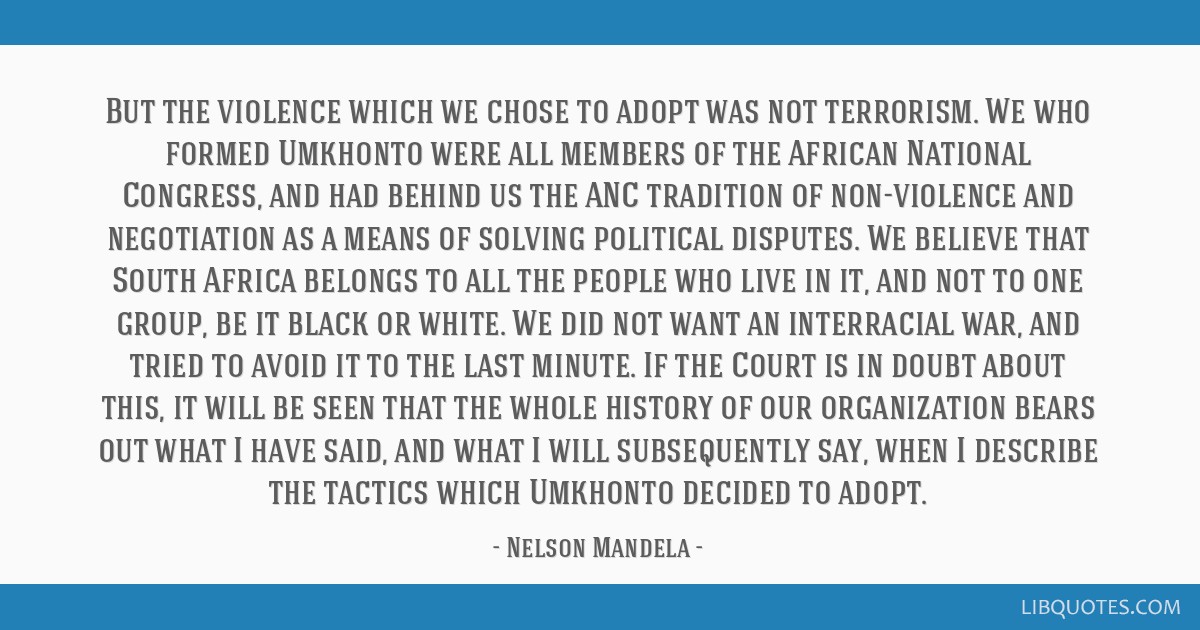 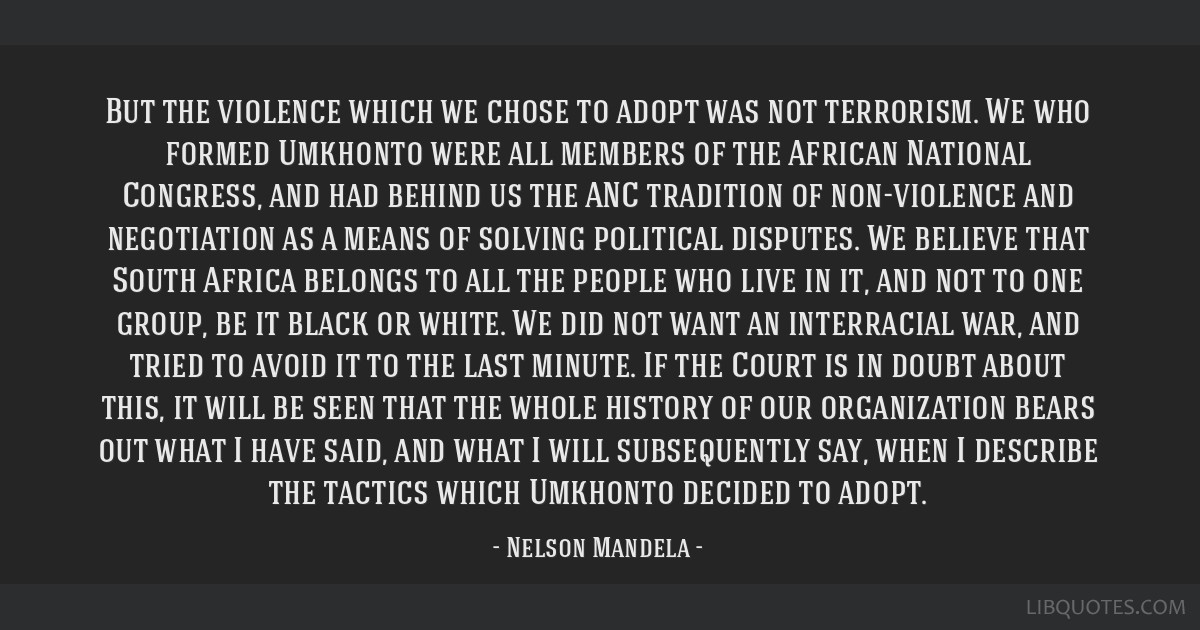 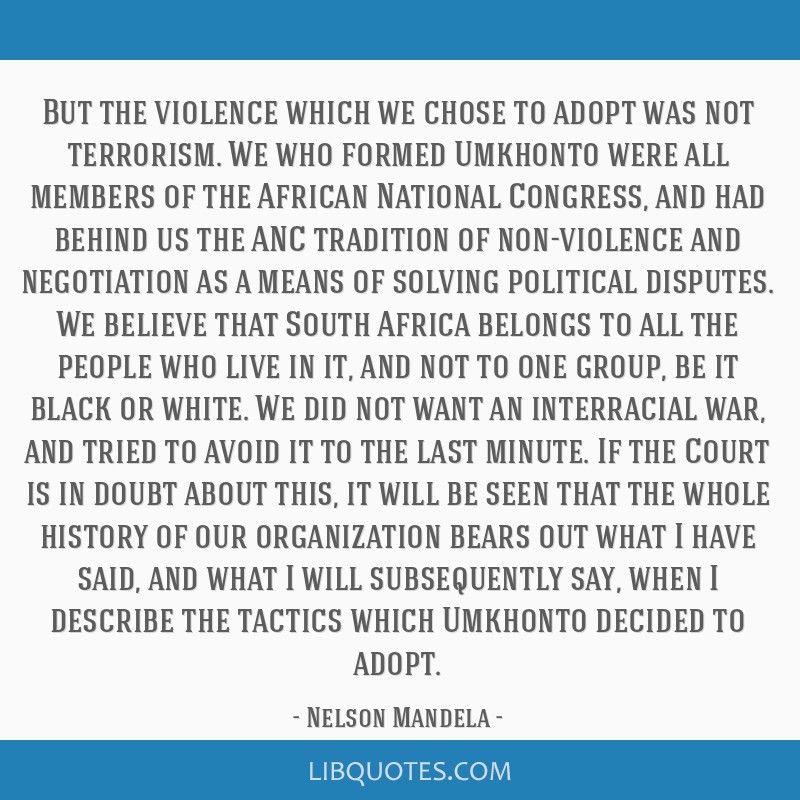 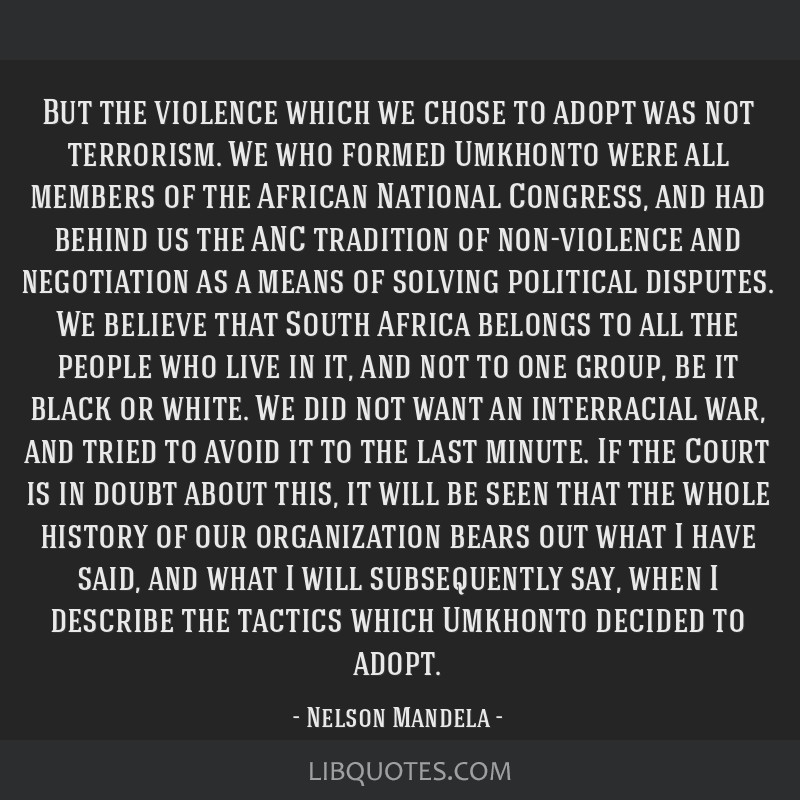