A variation of the "photographic" effect of language consists of how blurred the photograph is. "Blurring" occurs as a result of general class names, rendering distinctions among members of the class less visible. One of the most common manifestations of the lack of this kind of semantic awareness can be found in what is called "prejudice": a response to an individual is predetermined because the name of the class in which the person is included is prejudiced negatively. The most obvious and ordinary remark made in cases of this kind, "They are all alike," makes the point clear.

Teaching as a Subversive Activity (1969) 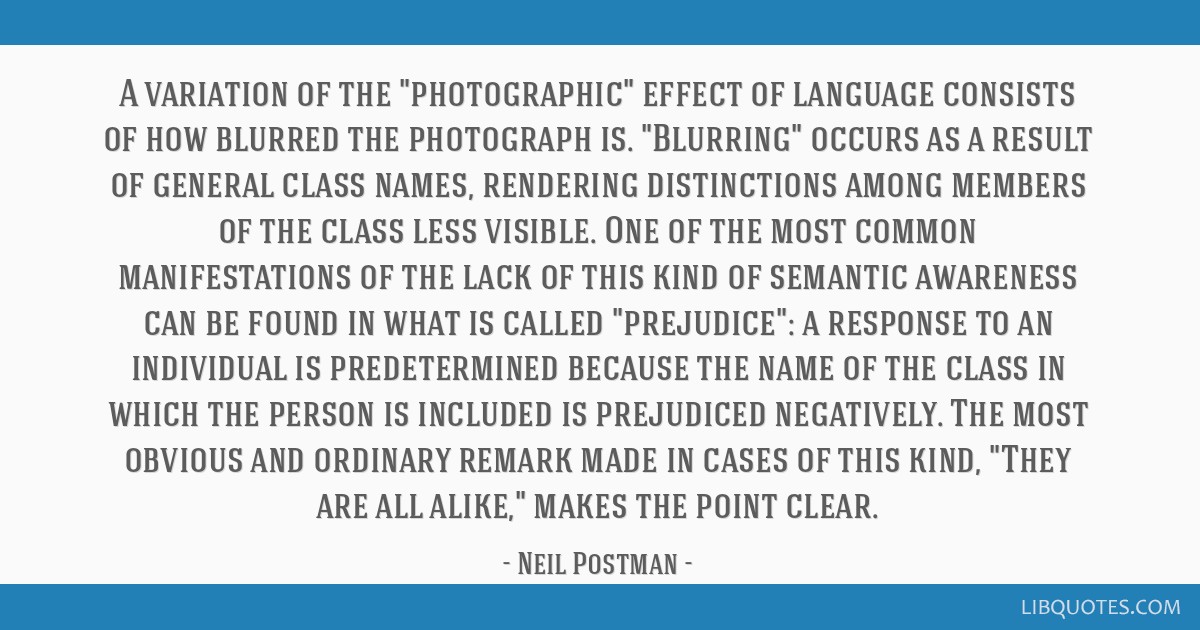 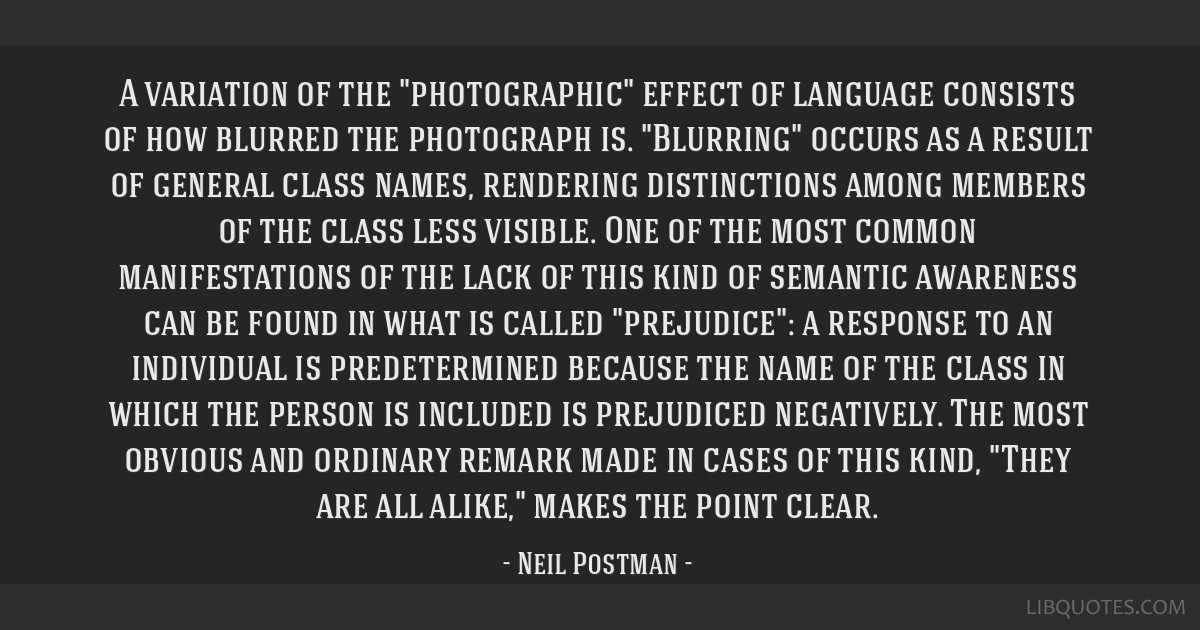 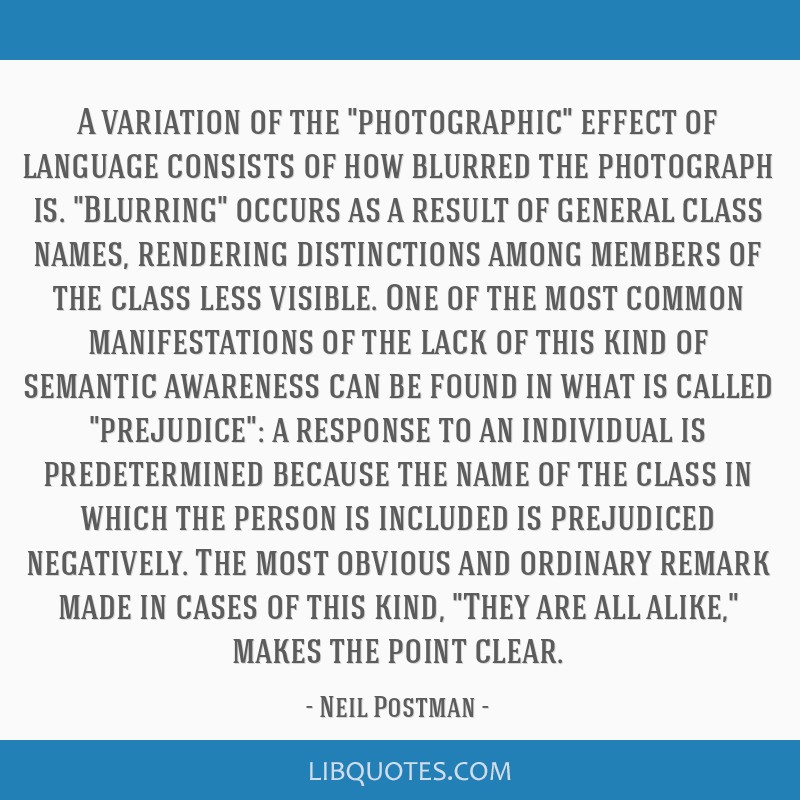 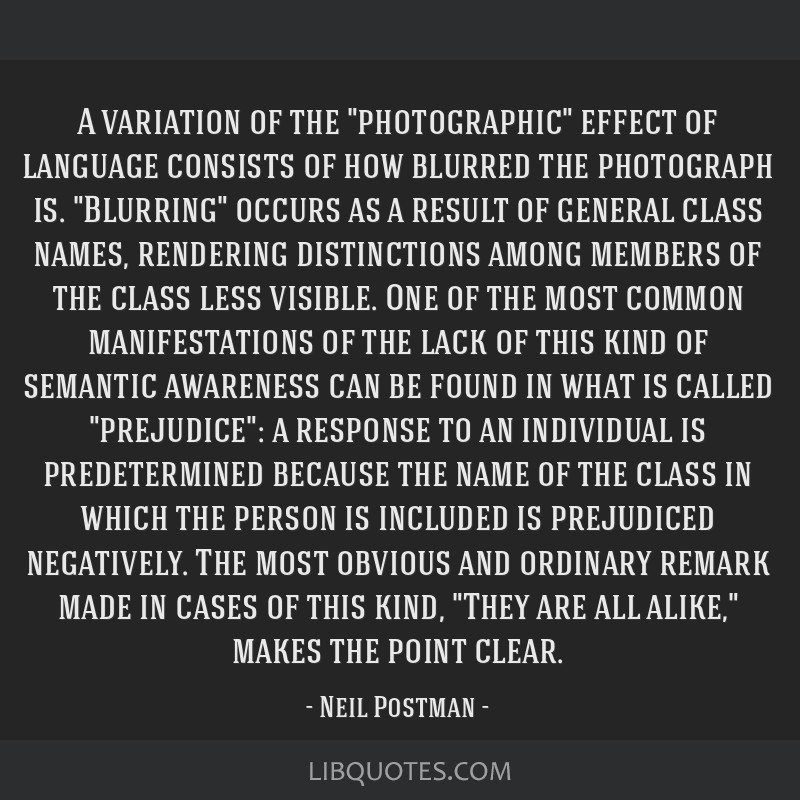