In plain, what passes for a curriculum in today's schools is little else than a strategy of distraction... It is largely defined to keep students from knowing themselves and their environment in any realistic sense; which is to say, it does not allow inquiry into most of the critical problems that comprise the content of the world outside the school (... one of the main differences between the "advantaged" student and the "disadvantaged" is that the former has an economic stake in giving his attention to the curriculum while the latter does not. In other words, the only relevance of the curriculum for the "advantaged" student is that, if he does what he is told, there will be a tangible payoff.)

Teaching as a Subversive Activity (1969) 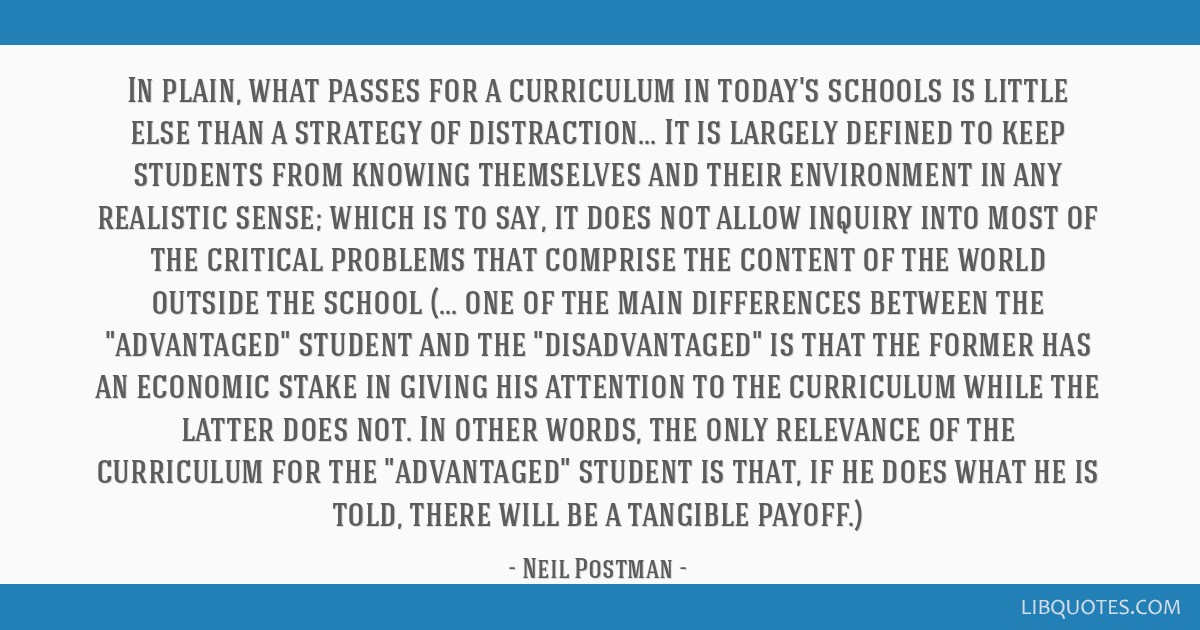 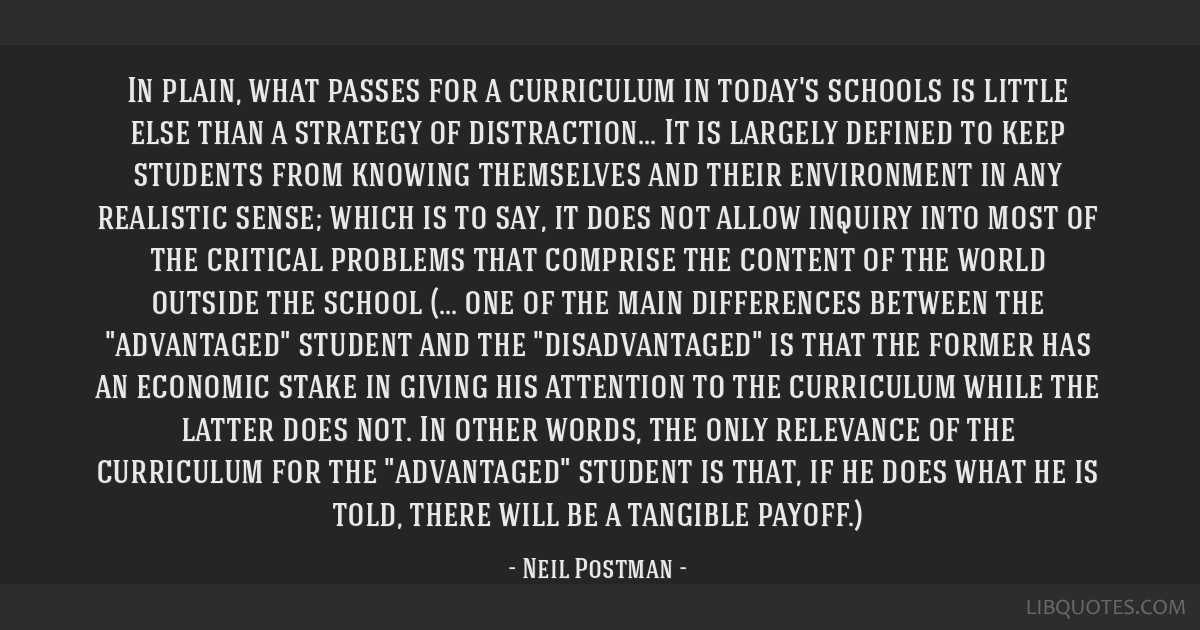 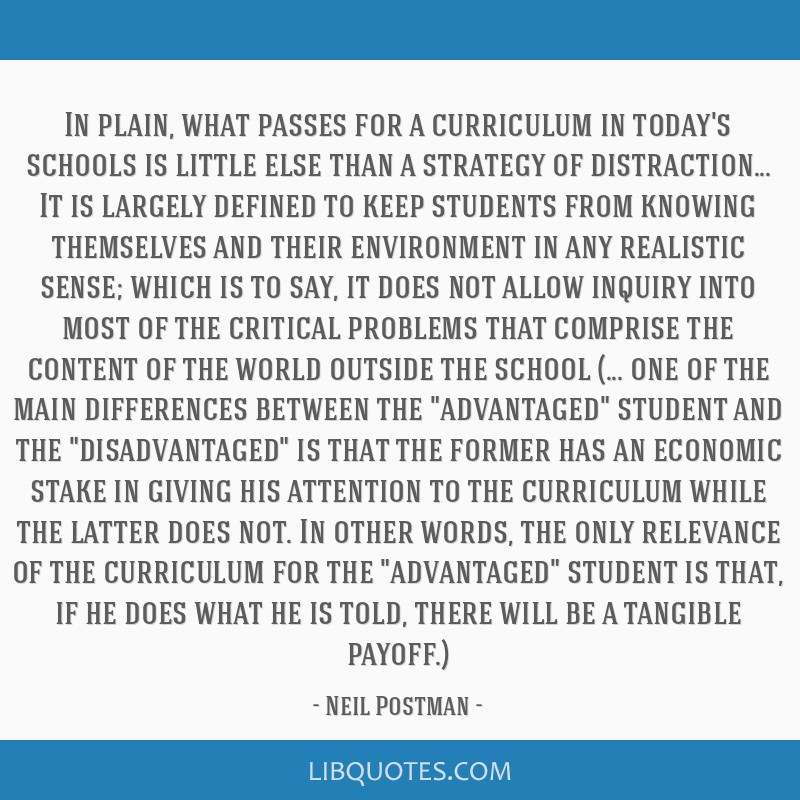 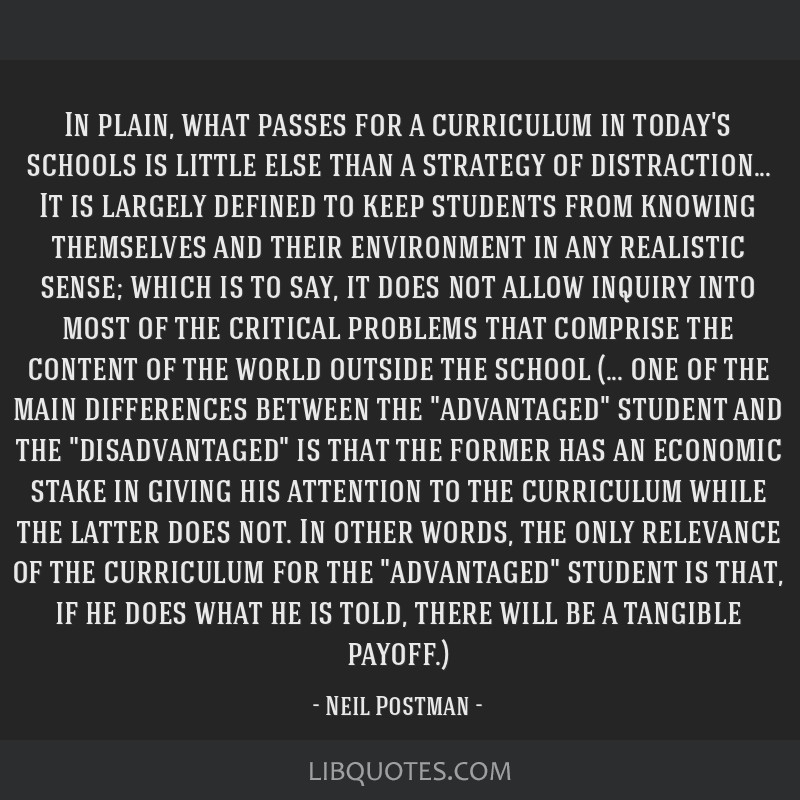