Property rights, governance structures and rules of exchange are arenas in which modern states establish rules for economic actors. States provide stable and reliable conditions under which firms organize, compete, cooperate and exchange. The enforcement of the laws affects what conceptions of control can produce stable markets. There are political contests over the content of laws, their applicability to given firms and markets, and the extent and direction of state intervention into economy. Such laws are never neutral. They favor certain groups of firms.

p. 657 - Markets as politics: A political-cultural approach to market institutions, 1996 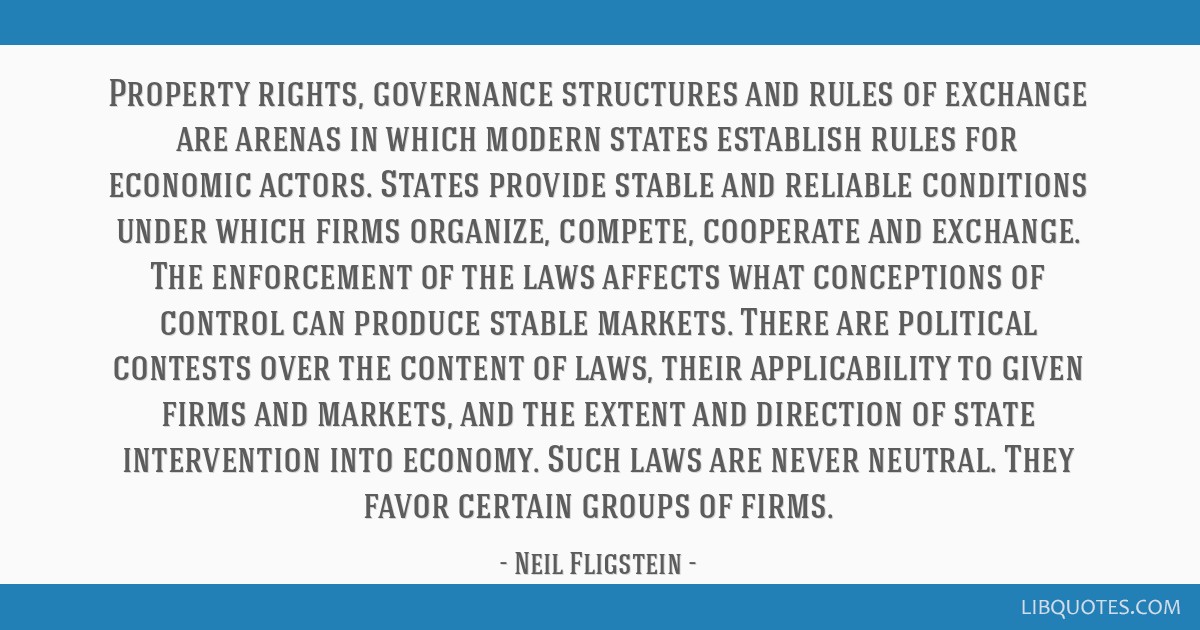 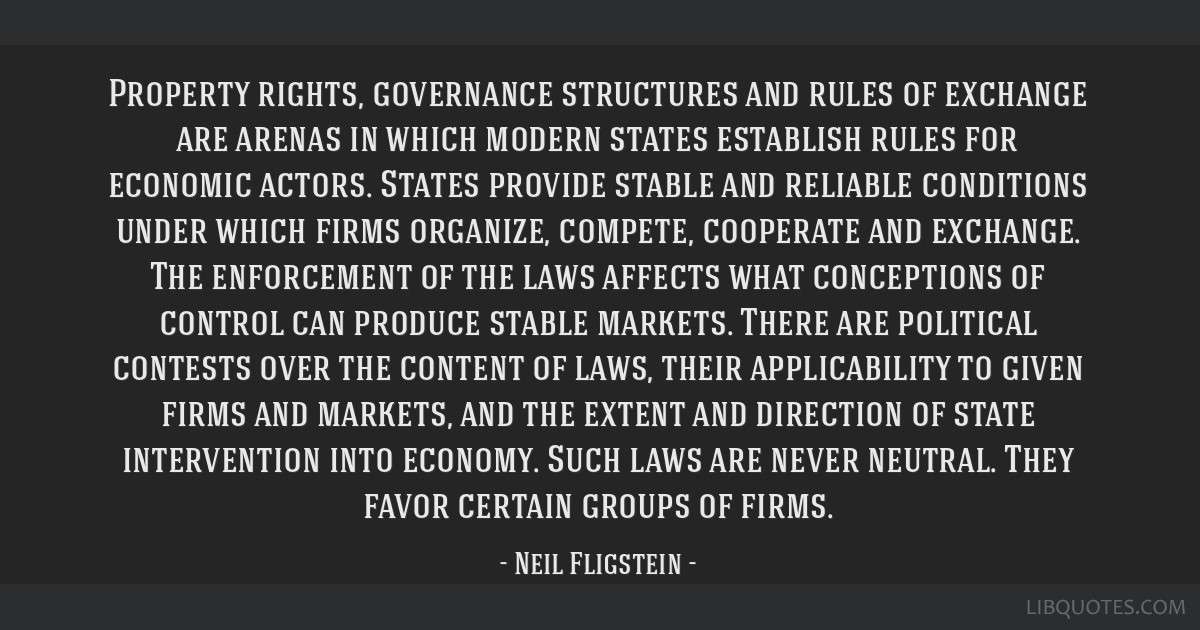 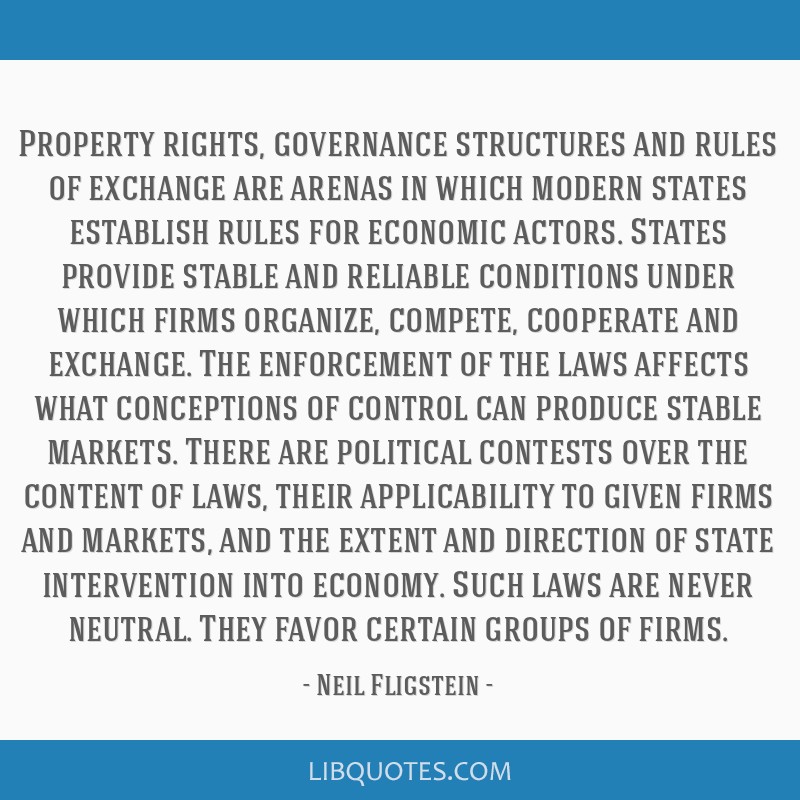 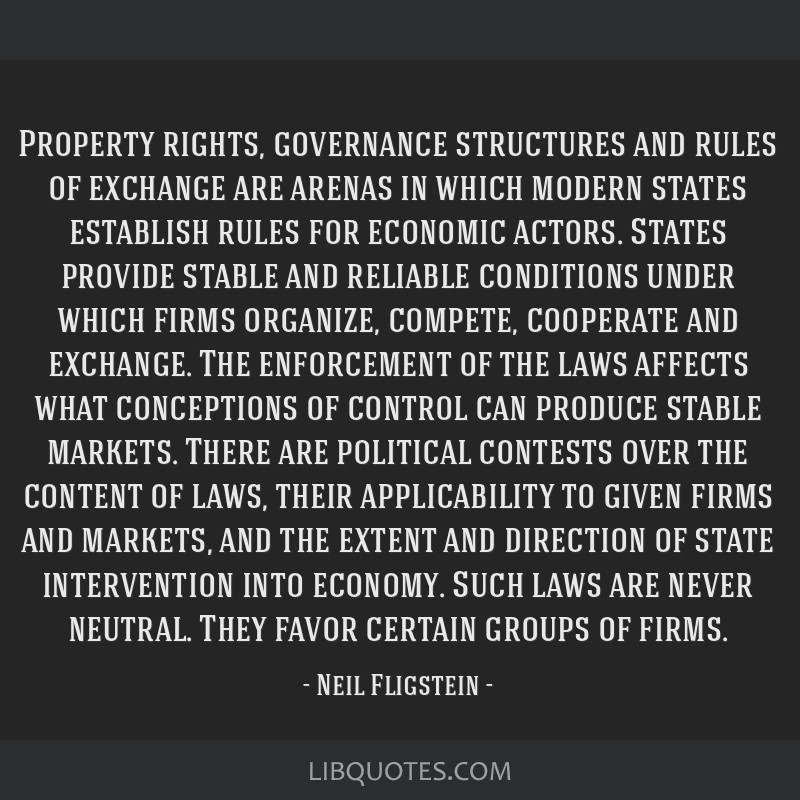