The exciting part for me, as a pilot, was the landing on the moon. That was the time that we had achieved the national goal of putting Americans on the moon. The landing approach was, by far, the most difficult and challenging part of the flight. Walking on the lunar surface was very interesting, but it was something we looked on as reasonably safe and predictable. So the feeling of elation accompanied the landing rather than the walking. 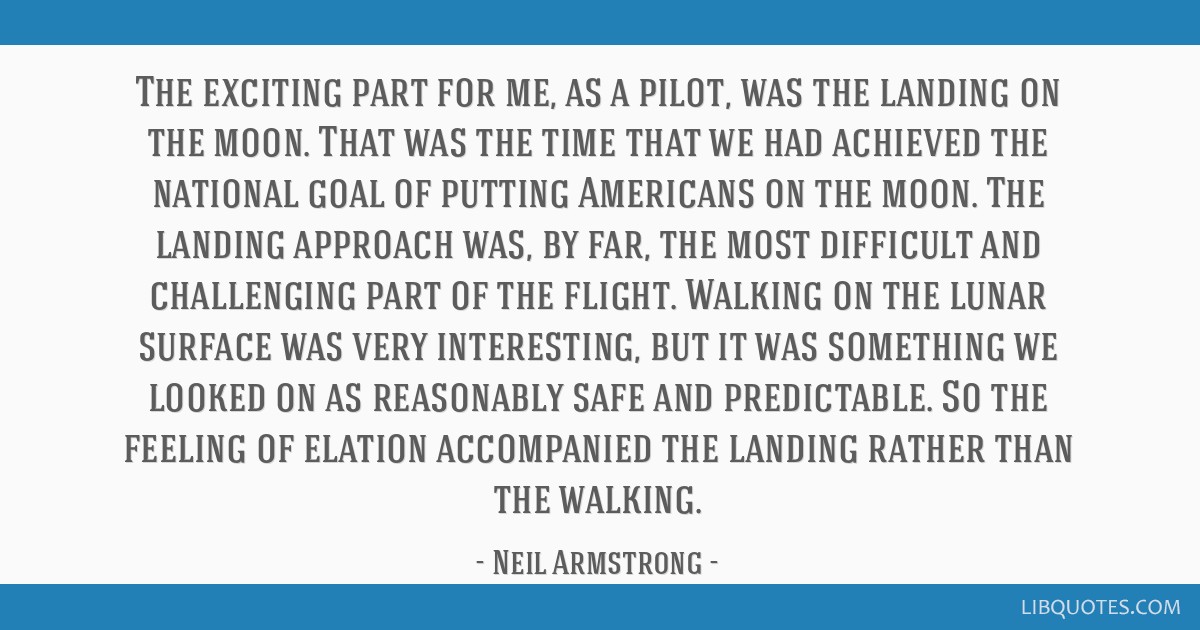 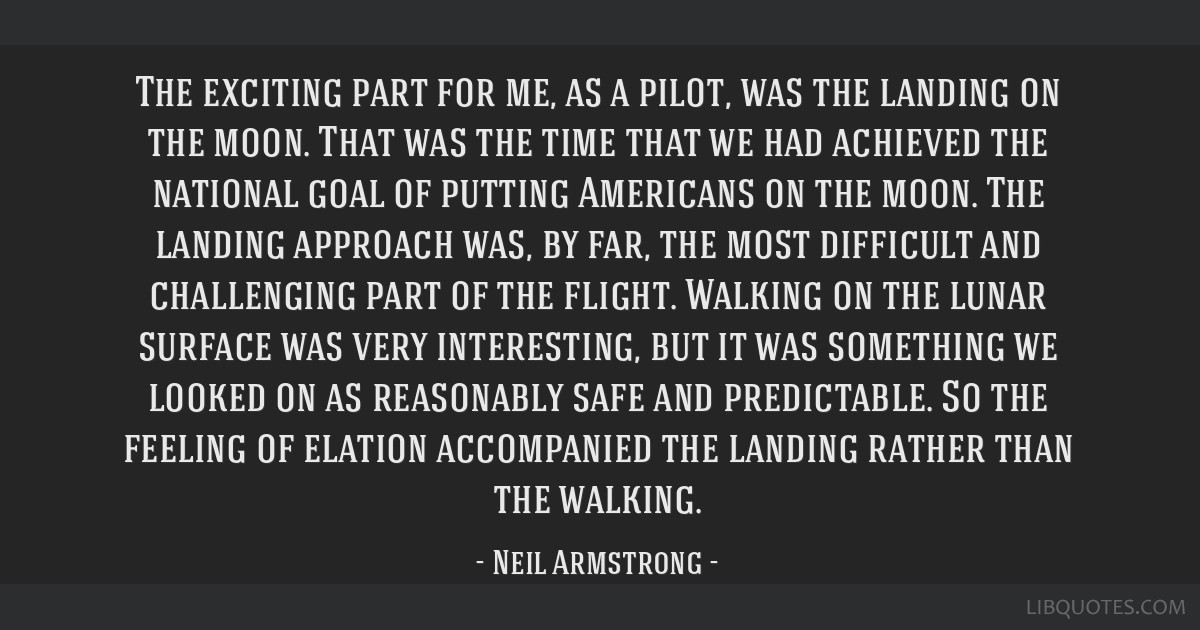 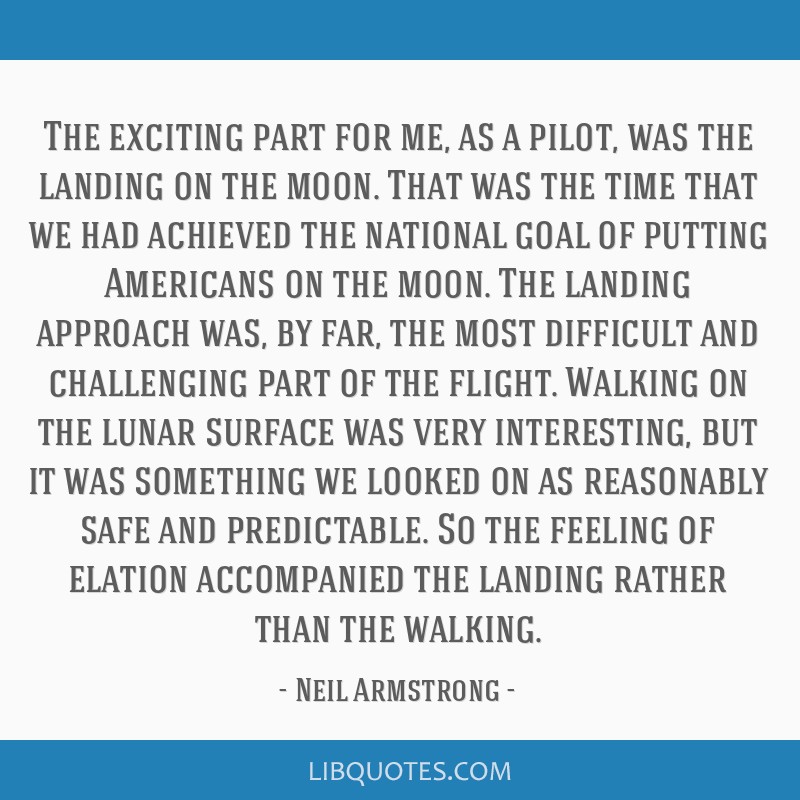 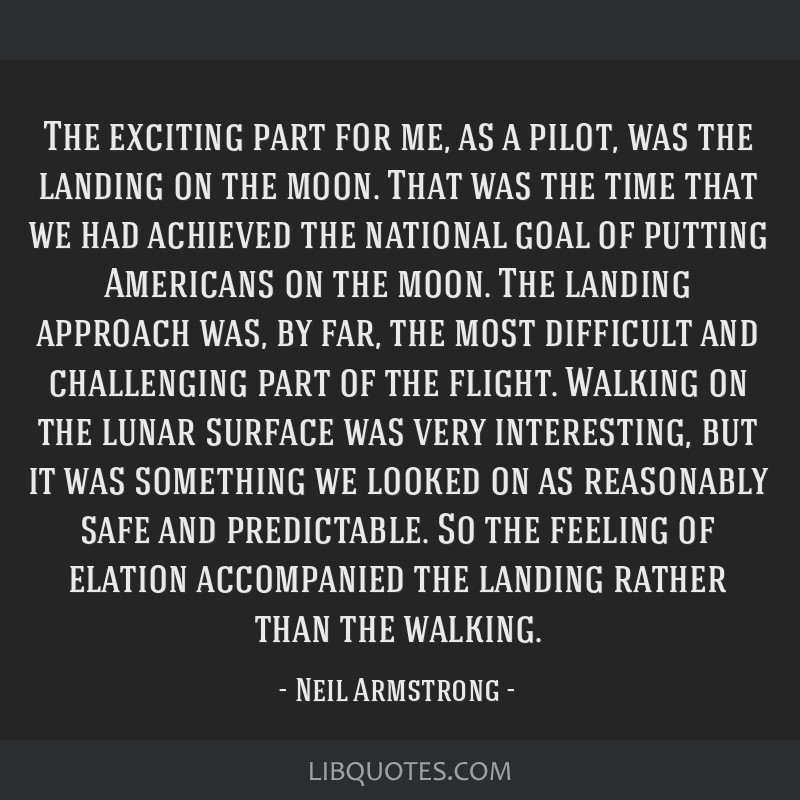